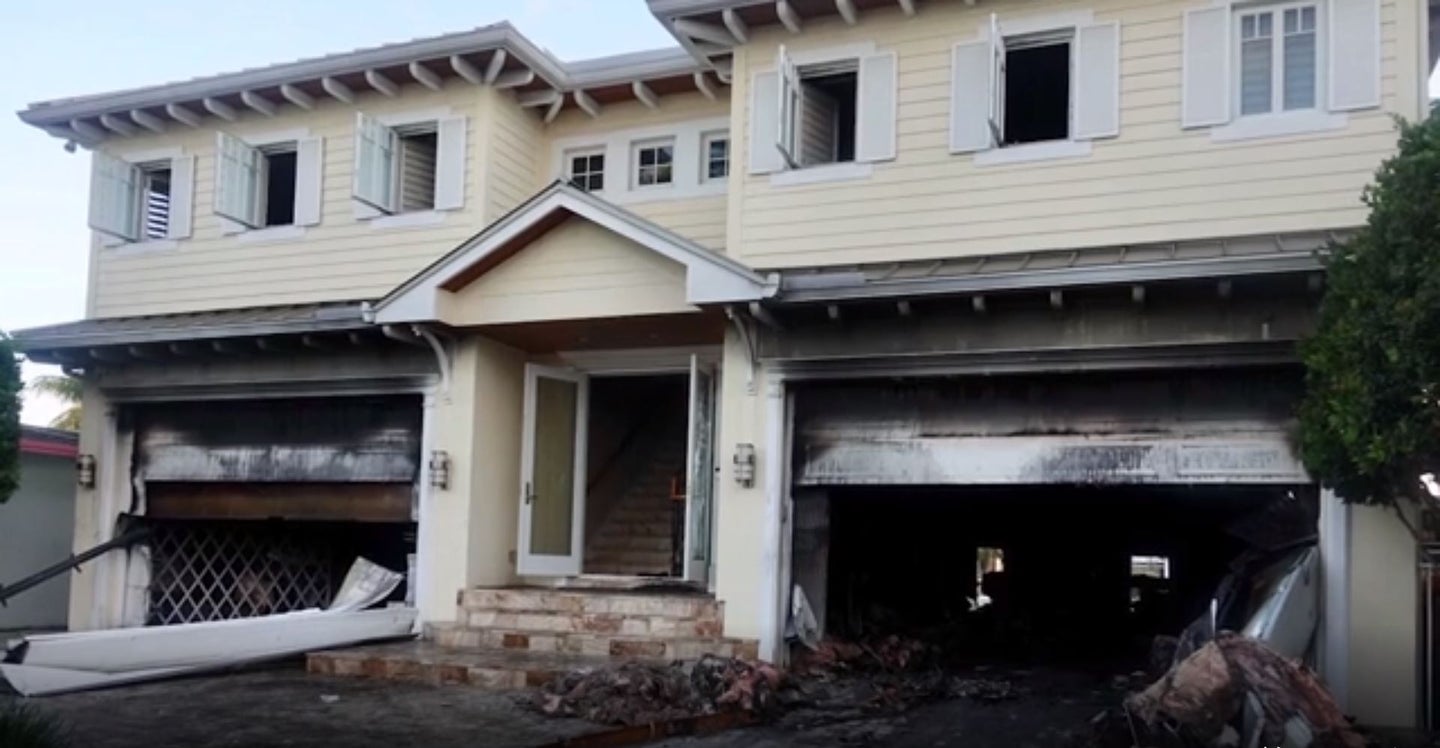 Having to watch your car burn to the ground is a painful experience, even when it’s just a Honda Civic. Imagine then turning on the nightly news and watching in abject horror as a good portion of a car collection you’ve put together over the years burns until nothing but the hood ornaments and rims are left. That’s what unfortunately happened to Canadian car collector Tim Schmidt after a fire broke out in his expansive garage in Florida.

Tim Schmidt, who goes by the Instagram handle @hapyhipi, is the son of a Canadian automotive parts conglomerate and car collector with an impressive cadre of exotic and classic automobiles. Schmidt splits his time between a house in Florida and a house in Canada. Most of his large collection resides at his Canadian residence—including a Bugatti Chiron and McLaren P1—but Schmidt kept a number of luxury cars at his Florida home.

At the time of the fire, Schmidt had a Tesla Model X, a Bentley Mulsanne, a Rolls-Royce Phantom Drophead Coupe, a custom Nissan GT-R, a custom Porsche 911 Turbo S, a Volkswagen Thing, among a handful of other items like jet skis, golf carts, and motorcycles housed in the garage. According to the local fire department who arrived at the scene the fire started in the garage and spread quickly and intensely. “This was a very, very, very heavy fire,” said Chief Stephen Gollan, the spokesman for the Fort Lauderdale Fire Rescue, who spoke with The South Florida Sun Sentinel. The call came in at 8:52 p.m. local time and wasn’t under control until 9:40 p.m. Gollan stated that it took additional crews to be called in, totaling 50 firefighters on the scene, to put out the raging fire.

The fire department hasn’t discovered the cause of the fire, but after Schmidt posted about the fire on Instagram—and saying that he and his wife were alright—commenters immediately began asking whether or not it was the Tesla Model X that started the blaze. In recent months, a string of high-profile Tesla spontaneous combustion occurrences have popped up around the world. Tesla has been taking these incidents seriously and recently dropped an over-the-air update to all Model S and Model X cars to prevent such happenings.

In the following Instagram posts, Schmidt told his followers, “We are fine, just have broken hearts,” followed by another post of “no words, just tears.”