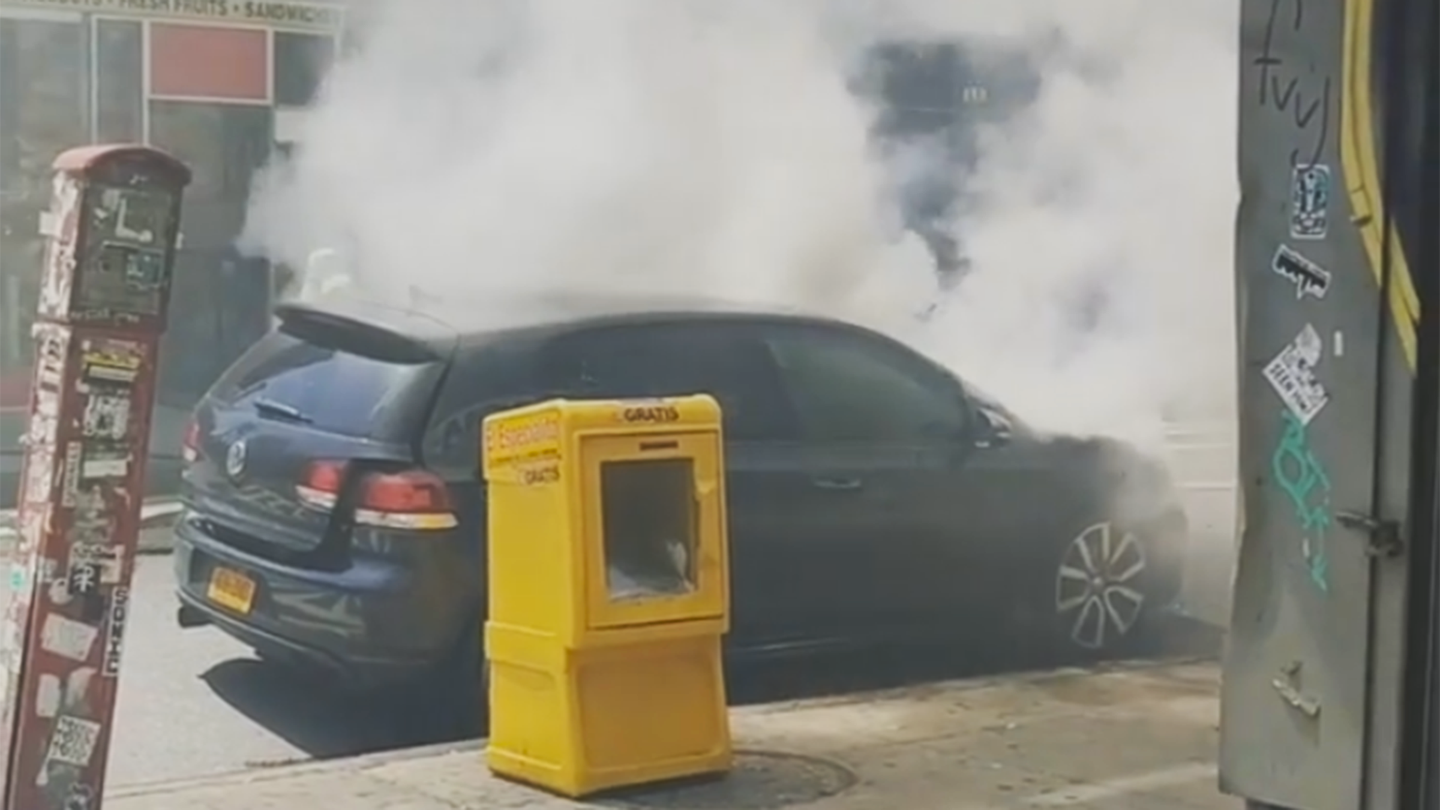 Rats, man. When they're not stealing pizza or spreading the bubonic plague, they're camping out in your car's engine bay and chewing through exactly the right wires to send everything up in flames. Here in New York City, where our furry little friends just might outnumber the people, it's a real concern if you leave you car sitting outside for any extended period of time. And for one Brooklyn man, last Friday went from bad to worse to weird after a rat-caused fire destroyed his Volkswagen Golf...and the whole thing was caught on video by none other than Tony Hawk.

Alec Steinfeld told WGN TV that after parking his car on his block for a solid week, he hopped in last Friday to drive to Manhattan and immediately "smelled roadkill." But this is New York, where you don't get through the day without an olfactory assault or two, so he kept driving. About four miles into the city, the car seemed to "overheat" and smoke began pouring out of the hood. Then came the flames, the fire department...and the grisly discovery of a couple charred, dead baby rats under the hood.

That's when he looked at the growing crowd around him and recognized a certain legendary pro skater. Enter the aptly-named Mr. Hawk, who happened to be strolling down the block where Steinfeld had pulled over—and whipped out his phone to record the scene. He can be seen at around 0:18 in Steinfeld's video, fully engrossed in getting the perfect shot for his followers, and was nice (or sympathetic) enough to take a selfie with him.

After the fire was out and the Golf was toast, two more rats could be seen hiding in the front wheel, and had to be chased out with antifreeze so the car could be towed. We'd be pretty furious about the situation, but Steinfeld seems to be taking it in stride, telling Bowery Boogie that "the whole story is so absurd, it’s hard not to enjoy."

And as for the rats—it's easy to blame them, but don't forget that that they literally need to gnaw on things to survive. Their incisors grow at a rate of about five inches per year, and they have to wear them down by gnawing to prevent their jaws from locking together or their lower teeth from piercing their brain. Not the worst excuse we've heard for causing a car fire.