Only 100 miles have been driven in it since a full restoration on this classic roadster. 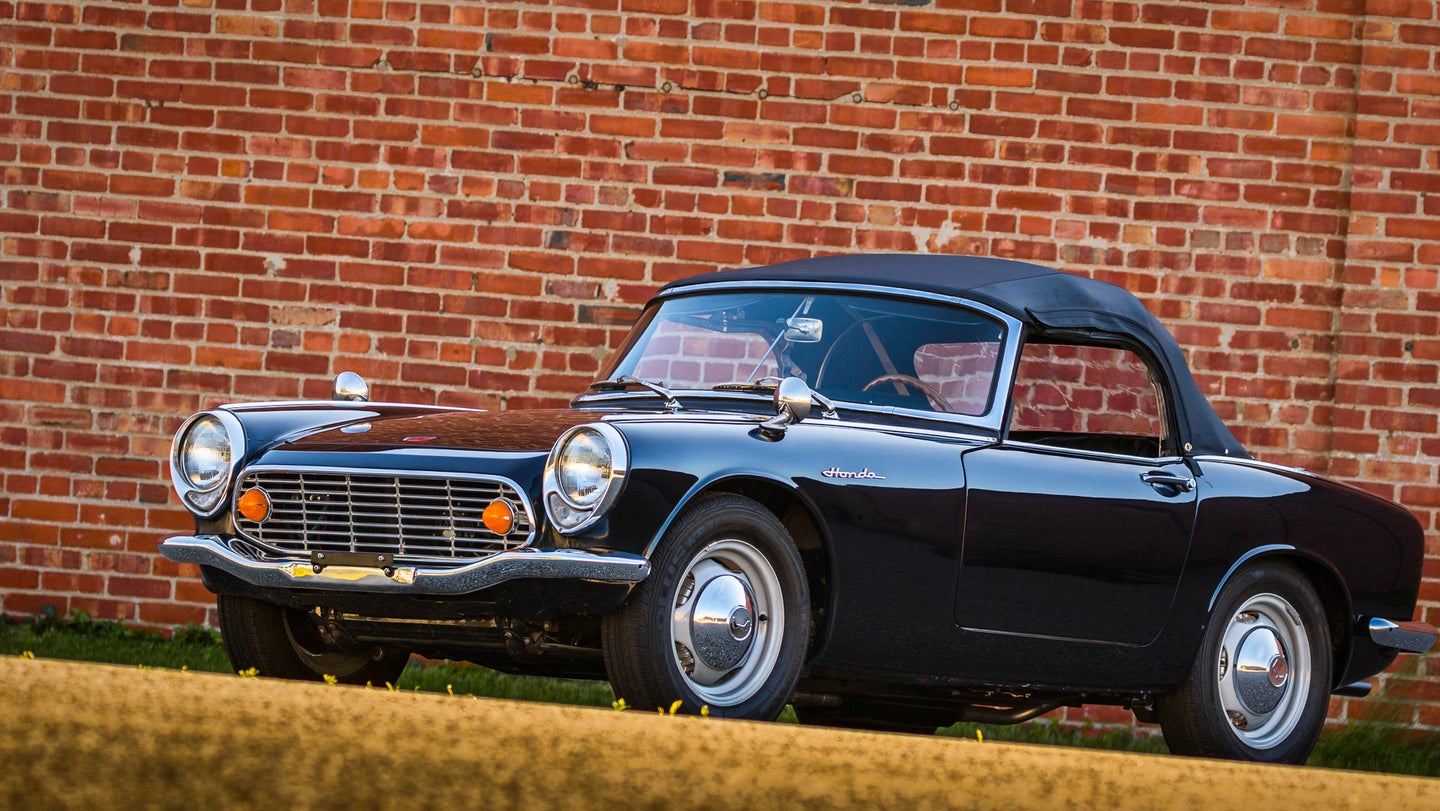 The Honda S600 is a remnant from Honda's fledgling days of building cars. They launched production of their first automobile, the T360 kei truck, in 1963. Their second car, the ambitious S500 sports car, was put into production shortly after, sowing the seeds for its successor, the S600, which featured an engine enlarged from 531cc to 606cc. The S600 was built between 1964 and 1966, with a total of 13,084 S600s built in both roadster and fastback coupe body styles, before being phased out in favor of the new 791cc-powered S800. Honda's experience with small, rev-happy engines gained from their motorcycle production aided them in building the power plants for these early sports cars, which Honda later paid tribute to with their S2000.

If the idea of owning and driving an early Honda sports car excites you (and it should—they weigh under 1600 pounds,) then you are in luck, because an S600 has just come up for auction on Bring A Trailer. With a week remaining and a high bid of $2,500 at the time of this posting, there is still plenty of time for the price to climb far beyond the reach of window-shopping impulse buyers.

This example in particular was first sold in Germany, and later imported to Vermont. After the engine blew more than a decade ago, the car was sold, and its new owner put it in storage. Between 2011 and 2015, the car underwent a full restoration, with preparation for the future heeded, including a power coating on the chassis and wheels to prevent corrosion. A custom dual-exit exhaust, shipped from Australia, has been fitted to the car, but this is the only part that is neither factory nor a period-correct reproduction.

If you need a classic roadster in your life, but a British Leyland product is not your taste, consider this an alternative.