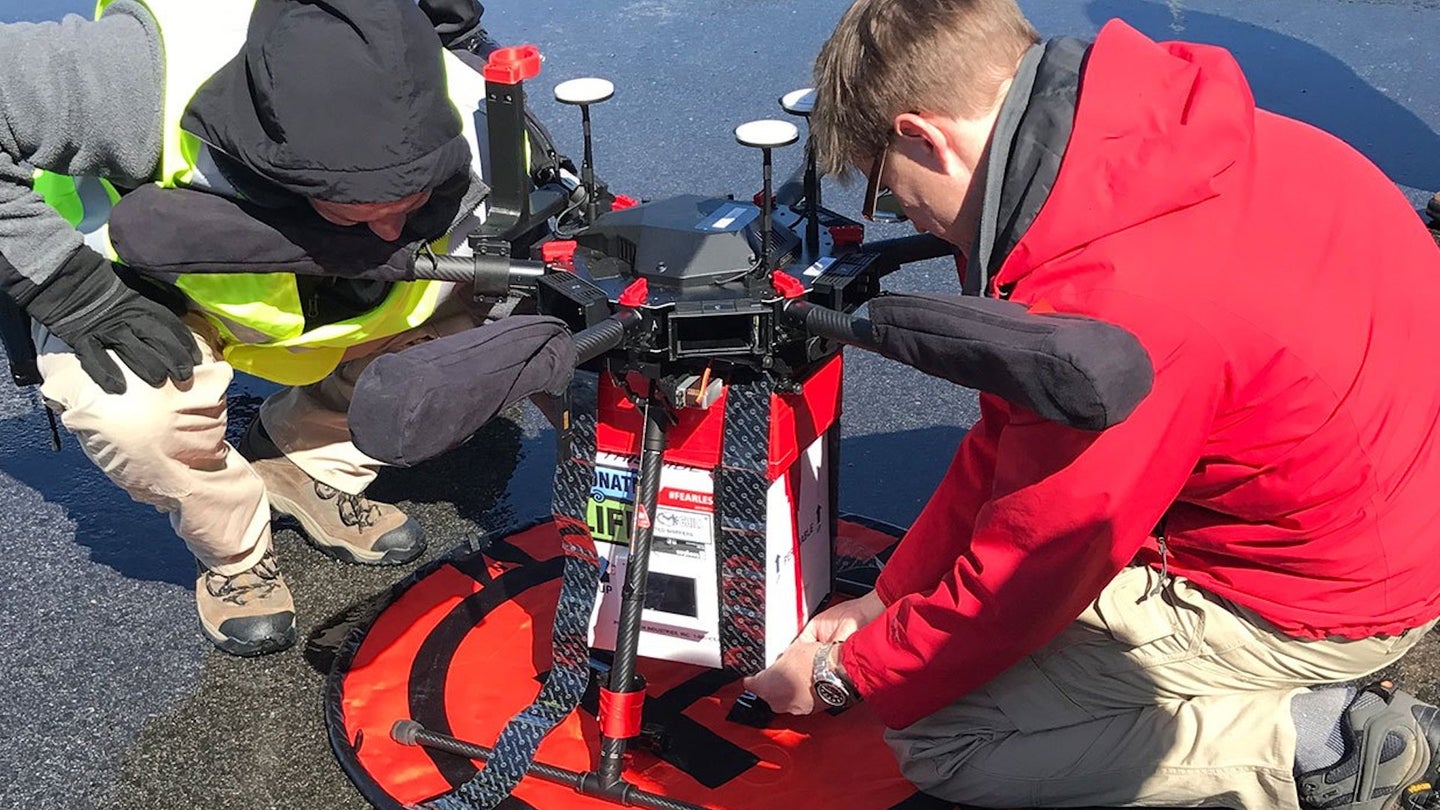 Researchers at the University of Maryland conducted a series of successful test flights which saw a refrigerated kidney being delivered via drone in Baltimore, TechCrunch reports.

Led by surgeon Joseph Scalea, the research study was borne from a career-long frustration with vital, time-sensitive emergency scenarios that saw ground-based infrastructure as the main hindrance toward practical and efficient delivery systems and solutions. For Scalea, drones were a prime opportunity to bypass age-old obstacles of traffic and congestion, and one feasible step toward a better alternative.

Practically, his team grabbed an off-the-shelf DJI M600 drone and added some necessary modifications. The refrigerated payload module, of course, was of primary concern, as organ transportation requires a little more care than your average pizza or document to arrive intact. Consequently, the team also designed and installed a biosensor that could monitor the organ’s temperate during flight.

As for the biological payload itself, the team awaited an officially assigned kidney for months before finally receiving the organ. Fortunately, this was merely a kidney healthy enough to satisfy the study’s integrity, and not an organ healthy enough for a transplant that the University was taking from a desperate subject.

Once the organ arrived in Baltimore, the team placed it in the payload container and deployed the drone 14 separate times, with each mission consisting of varying distances and simulated emergency profiles. The longest flight was three miles, which realistically simulates the average distance between hospitals in the area, with the recorded top speed reaching 42mph.

Before and after each drone flight, biopsies of the kidney were conducted, in addition to one biopsy being taken before and after transportation on a small aircraft as a reference point. The results were fairly impressive, and a strong indication that drone delivery isn’t just feasible for less sensitive materials.

Throughout the deliveries, the payload container maintained a healthy temperature of 2.5 degrees Celsius, with the drone’s movement causing no observed damage to the organ. The only considerable pitfalls for this system seem to be posed by external factors such as wind chill or collision.

Ultimately, this research study isn’t going to alter our immediate health industry standards regarding transportation of vital organs, but it will certainly aid in the drone industry’s collective argument that aerial deliveries could be a game-changing alternative to our contemporary systems. If we could only get supplies like plasma, defibrillators, and organs to those who need them sooner rather than later, we could very well challenge some of the more unfortunate statistics with the affordable, modern tools right in front of us.

Japan Post Co. said the drone will be used six days a month for now and stated its intentions of delivering to rural areas and islands in the future.

Numerous drones can now simultaneously navigate forests without GPS, fuse their collected maps together, and improve search and rescue missions.