While this Swede wasn’t pleased about finding a peeping camera-drone outside her window, the police deem the incident as non-abusive and legal. 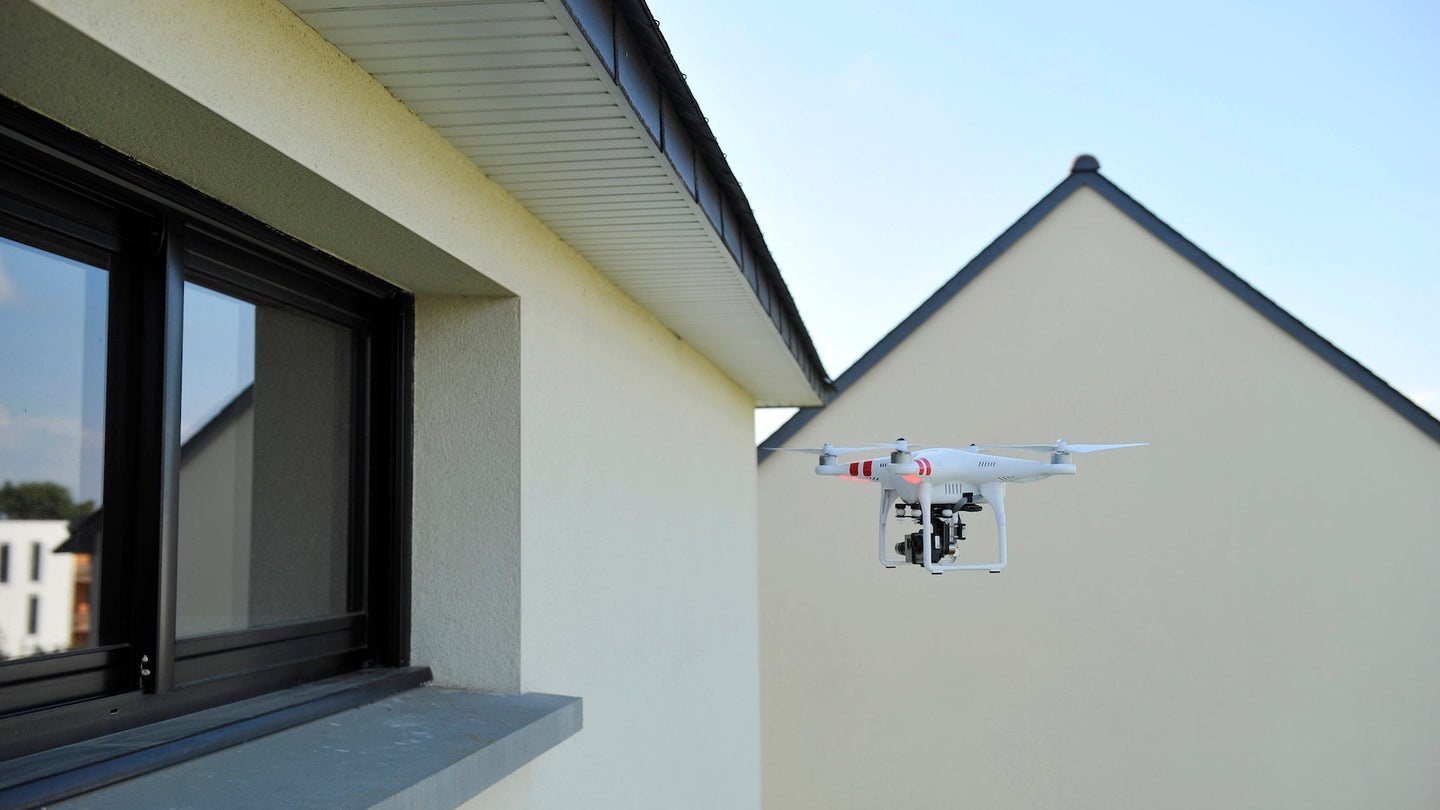 With the massive inundation of recreational drones across the globe comes a terribly necessary discussion pitting privacy against personal freedoms. With camera-drones capable of whirring past bedroom windows with ease, a grey area involving invasive surveillance and citizens’ rights quickly presents itself. According to The Local, a 22-year-old woman was thrust into that nebulous discussion when a drone hovered outside her bedroom balcony on Wednesday.

While Swedish law prohibits snapping pictures of people in private situations (such as bedrooms, bathrooms, dressing rooms, etc.), the police are currently marking this as non-abusive photography. “In general, you can film and photograph,” explained Mårten Schultz, a professor of civil law at Stockholm University. “It is part of our strong tradition of the freedom of information.”

While Swedes are likely proud and grateful for their unwavering support for civil liberties and freedom of information, the woman who found a peeping drone outside her bedroom suspected it was trying to capture her naked and confronted her neighbor about it. Unfortunately for her, the police are leaning toward dropping the case as no strong evidence of abuse had been found. It’s likely that Swedish law, which heavily considers proximity as an important factor in determining cases of abusive photography, is not in the woman’s favor here.

“If, for example, I put my mobile phone right up in your face and record, that may be considered abusive,” explained Schultz. “You can’t be too close to the physical body.” There is, however, a set of circumstances that could present the irresponsible drone operator with legal charges. If photos or videos of the woman were captured during the incident, and the drone pilot shares those files without her consent, he could land in serious trouble.

Sweden once treated any camera-drone as a surveillance device, which owners were required to register through their local county’s administrative boards. The country’s Video Surveillance Act which included this particular law, however, dropped that requirement in February. Ultimately, this case currently seems shut, unless the pilot illegally shares footage of the woman or she seeks further legal retribution. Drones are becoming increasingly responsible for the resurgence of discussions revolving around privacy, personal freedom, and civil liberties, as clearly evident by this particular incident. Who is more right than wrong, here, is up to popular debate, until drone laws are thoroughly clear and established for an informed public.

Marita Mass was reading in her room when she heard a noise outside her window, opened the blinds and found a peeping drone staring her in the face.

Researchers at Ben-Gurion University of the Negev in Israel have found a way to determine if a nearby drone is spying on you or your home.