Marita Mass was reading in her room when she heard a noise outside her window, opened the blinds and found a peeping drone staring her in the face. 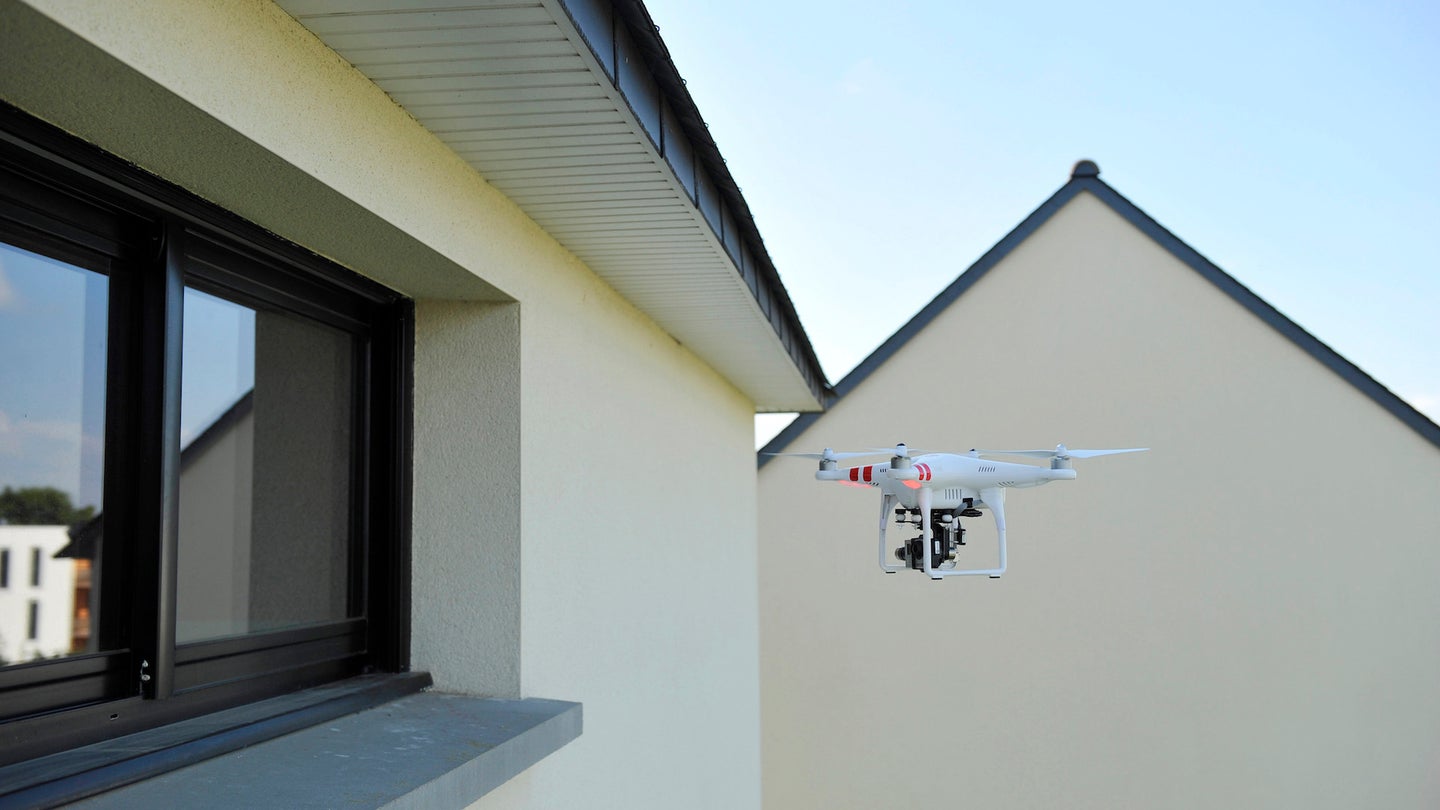 Marita Maass of Upper Hutt, New Zealand was casually reading in her bedroom when she heard a whirring noise. Mistaking it for the harmless, familiar sound of a bustling water pipe, she paid it no mind until it became too hard to ignore. She walked to the window and opened her curtains, shocked to see an unmanned aerial vehicle gazing right at her. Suddenly, Ms. Maass has unwittingly become someone with a bad first impression and experience with drones.

According to Stuff, the drone was hovering very close to the window, unnerving the Upper Hutt resident so thoroughly that she called the police. “I pulled the curtains away and there was this drone about two meters from my face; hanging there at my window with this little red light,” she said. The light itself seems to have perturbed her the most. “They would’ve seen me seeing them. I felt violated, like my privacy has been invaded,” she explained. “It was an absolute shock to me,” she added.

After local authorities reportedly told Ms. Maass that there was nothing to be done, she filed complaints with the Civil Aviation Authority and Privacy (CAAP) Commissioner. Of course, there really isn’t any one solution for the misuse of drones, as they have become so affordable and popular that incidents of irresponsible use will probably always occur. This ubiquity, perhaps, is the root of Ms. Maass concern. “What bothers me is there’s (companies) advertising drones for under $100 so any fool and his friend can buy one,” she said. She's not wrong, either, as camera-fitted drones like this one are readily available at any halfway-decent electronics store.

“It’s not just me, this problem is getting bigger and bigger. There should be a law that says drones shouldn’t be used among private homes - go to a park,” said Ms. Maass. While there are certainly still things to be done, regarding an all-encompassing set of local drone regulations, legal repercussions for someone trespassing on private property are definitely in place. The police simply couldn't locate the drone operator in this particular instance. Ms. Maass isn't the only one disconcerted about camera-drones filling the sky. Ideally, drone users would take it upon themselves to not infringe on someone else's privacy rights, and people like Marita Maass can read without unwelcome, aerial interruptions.