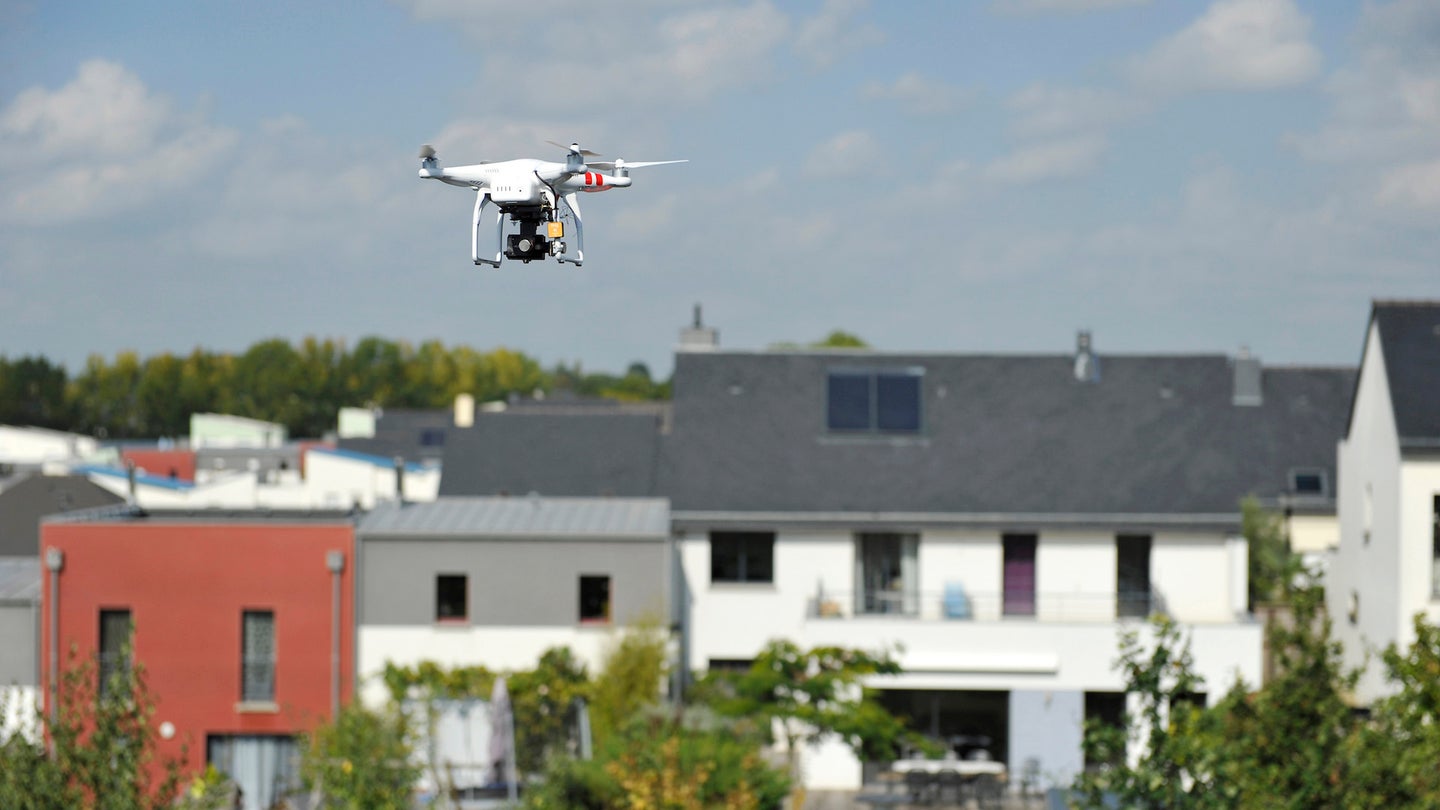 The Uniform Law Commission (ULC), a non-profit group of lawyers saddled with the task of establishing a “nonpartisan, well-conceived and well-drafted legislation that brings clarity and stability to critical areas of state statutory law,” has just published its draft “Tort Law Relating To Drones Act.” According to Unmanned Aerial, this document purports that “existing law will fail to protect landowners and will fail to clearly define what conduct by drone operators is and is not acceptable,” in terms of aerial trespassing by commercial or recreational drone users.

We’ve encountered this complex, modern issue with increasing frequency: a peeping drone appears outside of a woman’s bedroom window, but the regional law assumed to punish the supposed trespasser doesn’t exist, and the victim is at a loss regarding preventative measures. The ULC claims more thorough and additional regulation from the FAA will be required to legally manage the arguably inevitable increase in these kinds of scenarios.

The ULC’s primary example regarding the insufficient legal preparedness revolves around nebulous intrusion of the airspace above homeowners’ properties. “Landowners and lessees likely do not physically occupy the airspace 200 feet above their land or structures, and it is presently unclear whether an intrusion into this area would be found to be an entry into the immediate reaches of the landowner’s airspace,” the draft reads. It is this current landscape of nebulous legal ambiguities that the ULC maintains is vital to clarify with legislation.

In order to do so, the ULC has proposed the “per se aerial trespass” credo, which would consider 200 feet the point of demarcation between legal drone use, and an illegal encroachment on a landowner’s property and his civil liberties. “A person operating an unmanned aircraft is liable to a landowner or lessee for per se trespass when the person, without consent, intentionally causes the unmanned aircraft to enter into the airspace below 200 feet above the surface of land or below 200 feet above improvements built upon the surface of the land,” the draft reads.

This clearly defined proposition of 200 feet, of course, appears to entities like the Commercial Drone Alliance (CDA), for instance, to be rooted in the same kind of arbitrary legalities that the ULC was tasked to untangle. “The committee has not articulated a compelling reason why a strict liability version of aerial trespass—as reflected by the committee’s newly created per se aerial trespass doctrine—is necessary with respect to FAA-authorized operations of UAS,” the CDA explained.

For the CDA, the ULC’s proposal would set a dangerous precedent and could feasibly unleash havoc on the recreational industry at large. Specifically, the ULC’s doctrine could result in “an explosion of potential claims against UAS operators even when the UAS operations traversing the airspace above one’s property have absolutely no impact or interference on the landowner’s use and enjoyment of the land—e.g., even when the landowner is not present during the flyover.”

The CDA event went as far as to say it “does not appreciate the U.S. government’s exclusive role in regulating matters of aviation safety,” to which the FAA issued a press release clarifying its role in managing federal airspace. As it stands, it seems unlikely that the ULC’s interpretation of aerial trespassing will significantly alter or influence current regulations as imposed by the FAA.

On the other hand, there will be a definite need for nuanced legislation that can handle the incoming influx of legal claims, lawsuits, and local disagreements sure to arise as recreational and commercial drone use increases year after year.