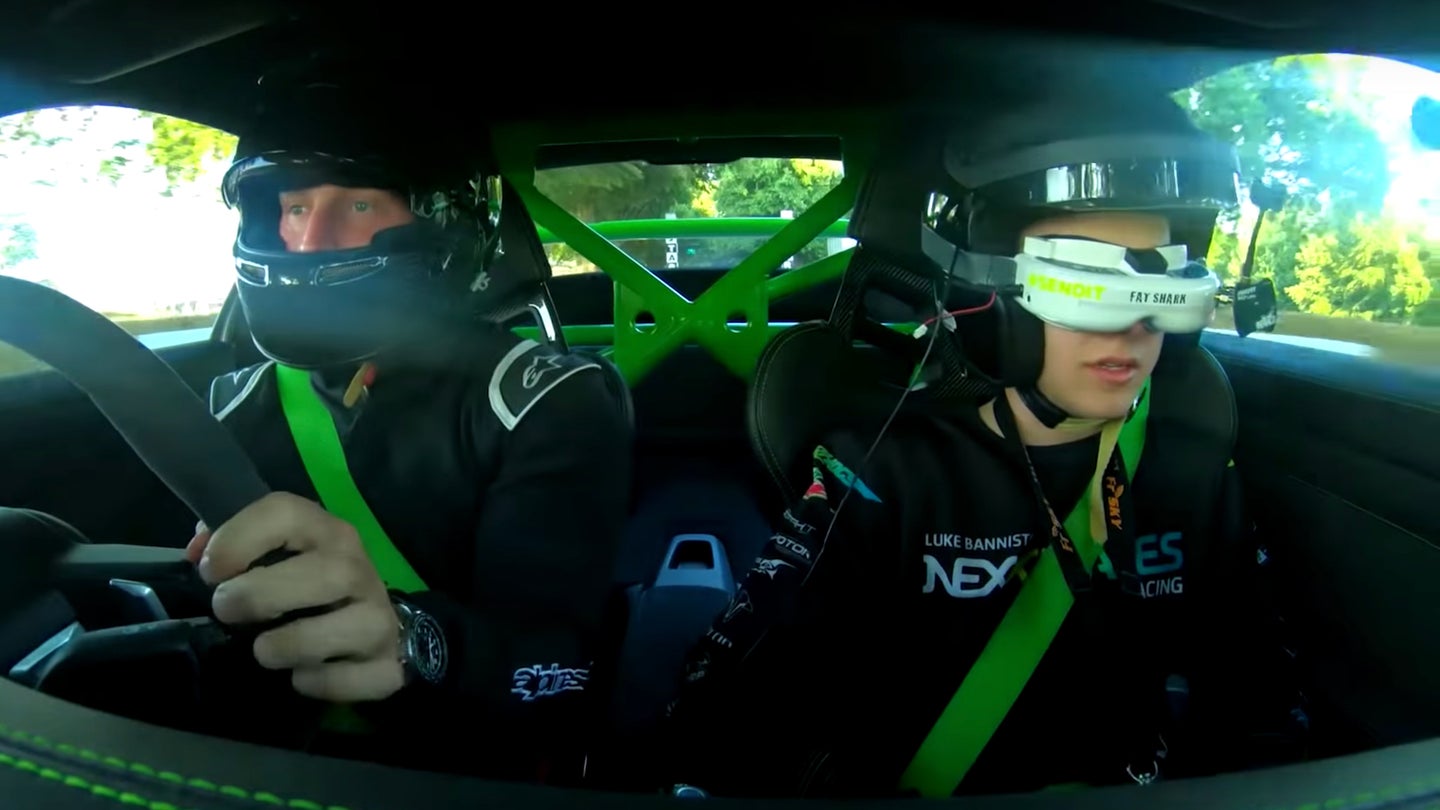 Teenage drone racer Luke Bannister, who flies for Vodafone and recently broke the Guinness World Record for fastest speed by a remote-controlled tilt-rotor aircraft, brought impressive drone news from the Goodwood Festival of Speed to the eyeballs of drone enthusiasts across the world.

To set the stage, let’s clarify the situation: The Porsche is being driven by a professional racer while Bannister, competing on behalf of the Vodafone XBlades Racing Team, rides shotgun. With a Fat Shark first-person view goggle headset on his face, Bannister is looking through the Wingcopter XBR’s eyes as it dukes it out with the very car he’s sitting in.

Let’s take a look, shall well?

While some are undoubtedly going to dismiss the event as a mere marketing gimmick for Vodafone, Porsche, and the Goodwood Festival of Speed as a ploy to garner more publicity and attention, this is a pretty awesome idea, regardless.

Having a drone pilot sit in the very car he’s competing against while he’s looking through eyes aerially spotting him zipping along below is something so meta and modern that so-called drone enthusiasts who roll their eyes would do well to reconsider their cynicism. Between a world record-breaking drone racer, his constant struggle to maintain a consistent first-person view, and a Porsche 911 GT3 RS roaring through the Goodwood estate, what’s not to love?

Rick Allen was feared dead after missing for 36 hours after a solo climb. Fortunately, a drone was deployed and he was located.