Report: Next Porsche 911 GT3 Will Be Turbocharged 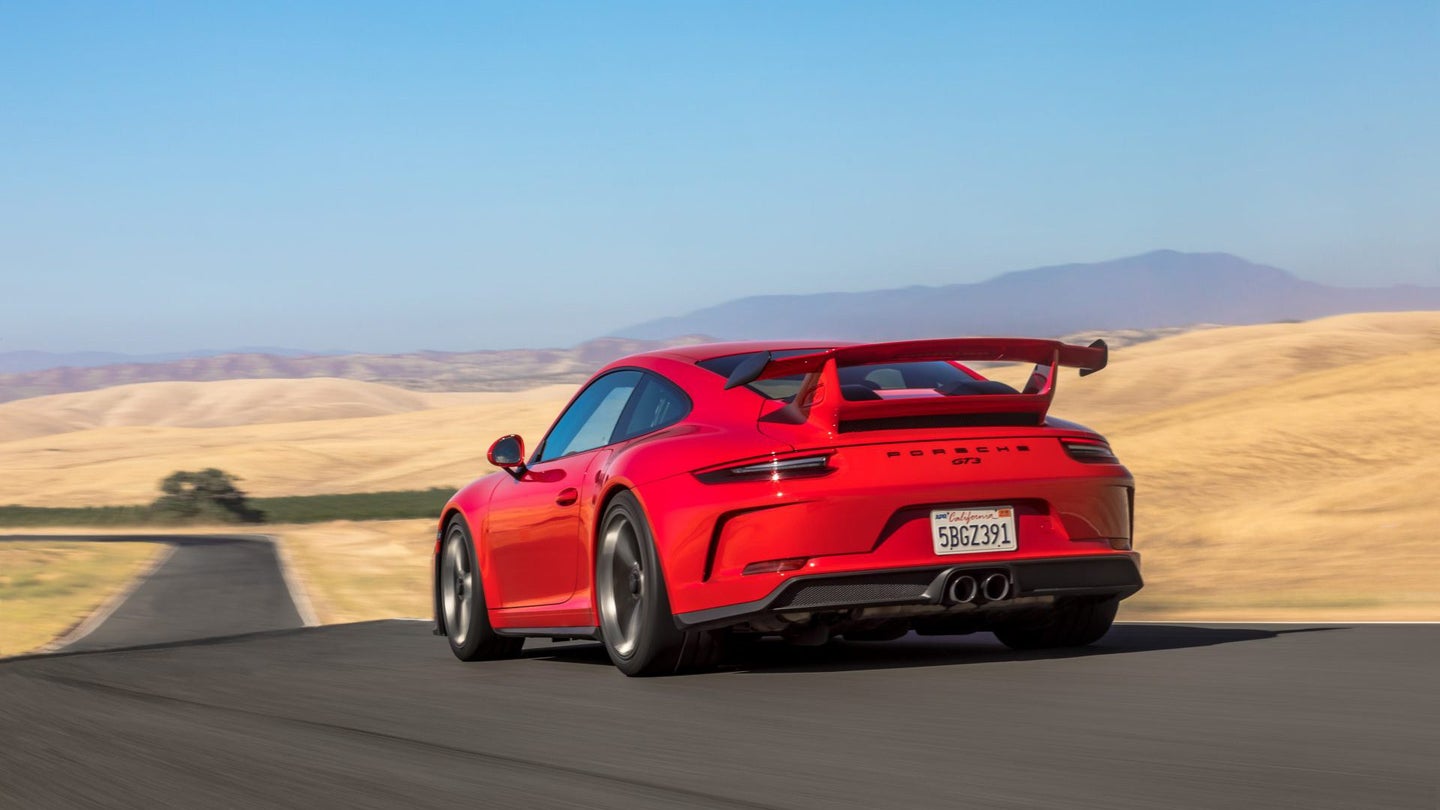 Porsche's 992 generation of the 911 GT3—expected in 2020—may strap on a pair of turbochargers, ending a lineage of naturally aspirated engines in the Stuttgart brand's road and track special.

A source close to Porsche Motorsport reportedly revealed the change to Autocar, claiming that the new 911 GT3 will have a twin-turbo, 3.8-liter flat-six engine derived from that of the current 911 Turbo. They say the 2020 911 Turbo will be revealed late next year, sporting 572 horsepower, matching the current Turbo S model. A detuned version will reportedly be used in the GT3, pushing out 513 hp versus the current car's 500, from a 4.0-liter unit that revs to 9,000 rpm. No horsepower differences between the 911 GT3 and GT3 RS models have been reported.

These partially corroborate similar claims from February, which also add that the forthcoming GT3 will be PDK-only (no manual transmission), though the car's power level is contested with the original report claiming 550 horsepower.

The Drive reached out to Porsche for comment on this claim and we will update when we receive their response.

Porsche's hardcore, track-focused 911 variants are already no stranger to turbocharging. Its 911 GT2 RS has a 700-horsepower H-bomb driving its rear wheels, which helped Porsche take the Nürburgring Nordschleife lap record last September with a 6:47.3. Lamborghini has since come along with its Aventador SVJ to wipe the smile off Porsche's face with all-wheel-drive and an additional 70 horsepower, but the old 911 GT2 RS remains the record holder for the fastest two-wheel-drive vehicle around the track.

One can't help but wonder if a little tuning wizardry will be capable of pumping the new, allegedly turbocharged 911 GT3 up to 700 horsepower, making it a rival for the outgoing GT2 RS. Porsche does like to leave a little performance on the table with new generations of 911, after all.