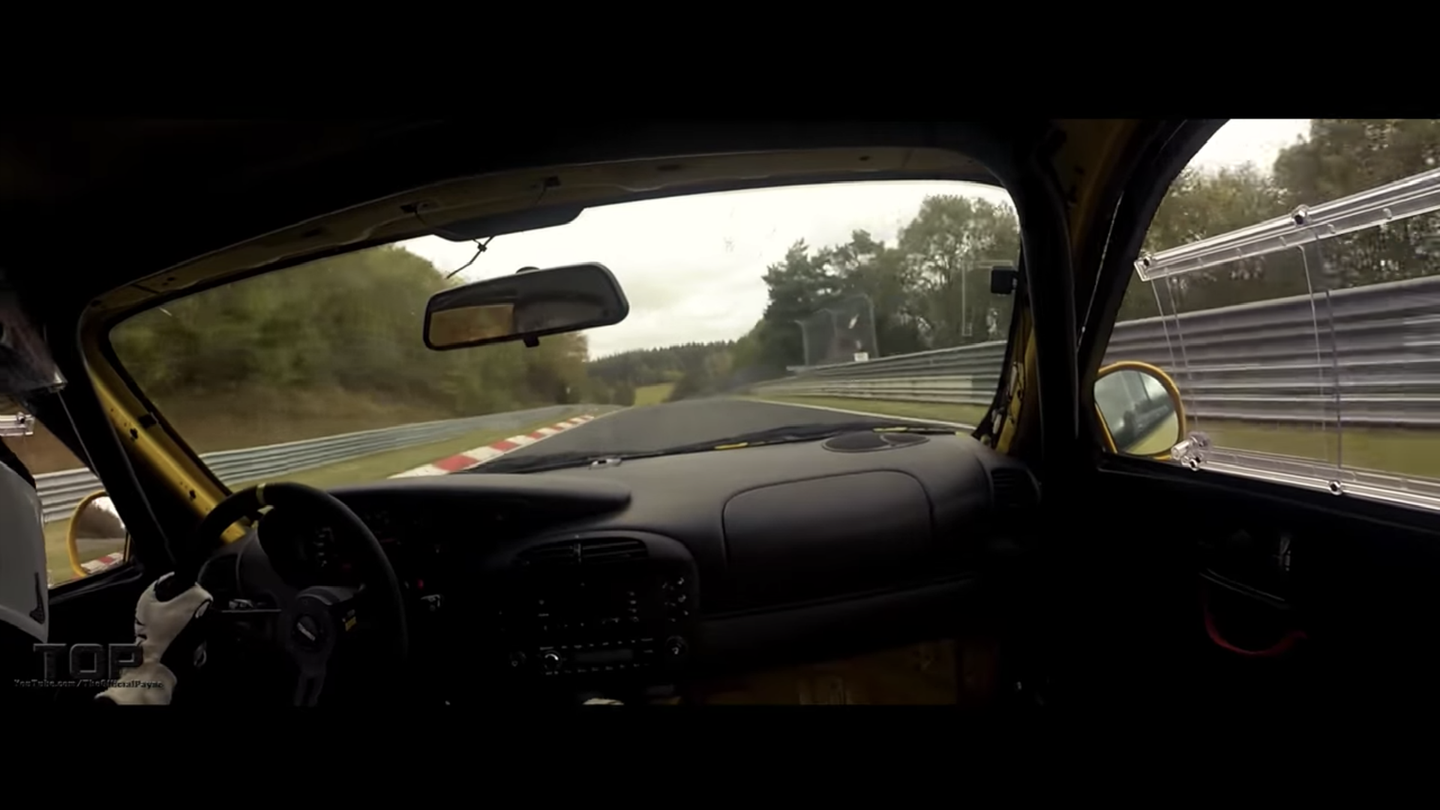 A Porsche 911 GT3 driver involved in a high-speed Nurburgring crash documented his experience with unique insight along with full-spectrum footage of the incident.

The 996-generation GT3 crashed at 152 miles per hour at the famous ‘Ring, destroying the front end of his Stuttgart track car. In the same spot where a marshal is seen waving a yellow flag seconds earlier, the Porsche appears and smacks into the wall—thankfully, the circuit worker was quick on his feet and cleared the area just in time.

The footage shows the impact from the inside and out, with the driver sharing what was going through his mind when it happened. “When I realized there was nothing I could do, I took my hands back and closed my eyes,” he offers about the realization that he was completely out of control.

After coming out of the straight ahead of Schwedenkreuz, the driver was hustling his 911 and explained that he was well into triple-digit speeds by the time he crashed. The nose-first smack into the guardrail wasn’t enough to stop the vehicle right away, and it continued to drag along the barrier until the car re-entered the track.

Marshalls instantly began warning upcoming drivers of the accident ahead for everyone’s safety to avoid further collisions. The driver makes a smart call by safely exiting the car soon after the wreck, and heading for safety behind the guardrail in case the car is struck waiting on a tow.

While the damage looks pretty bad, the pricey Porsche isn’t totaled and will return to racing soon.

Champ Jake Eidson is racking up the heavy hardware with trophies, scholarships and new 911s this year.