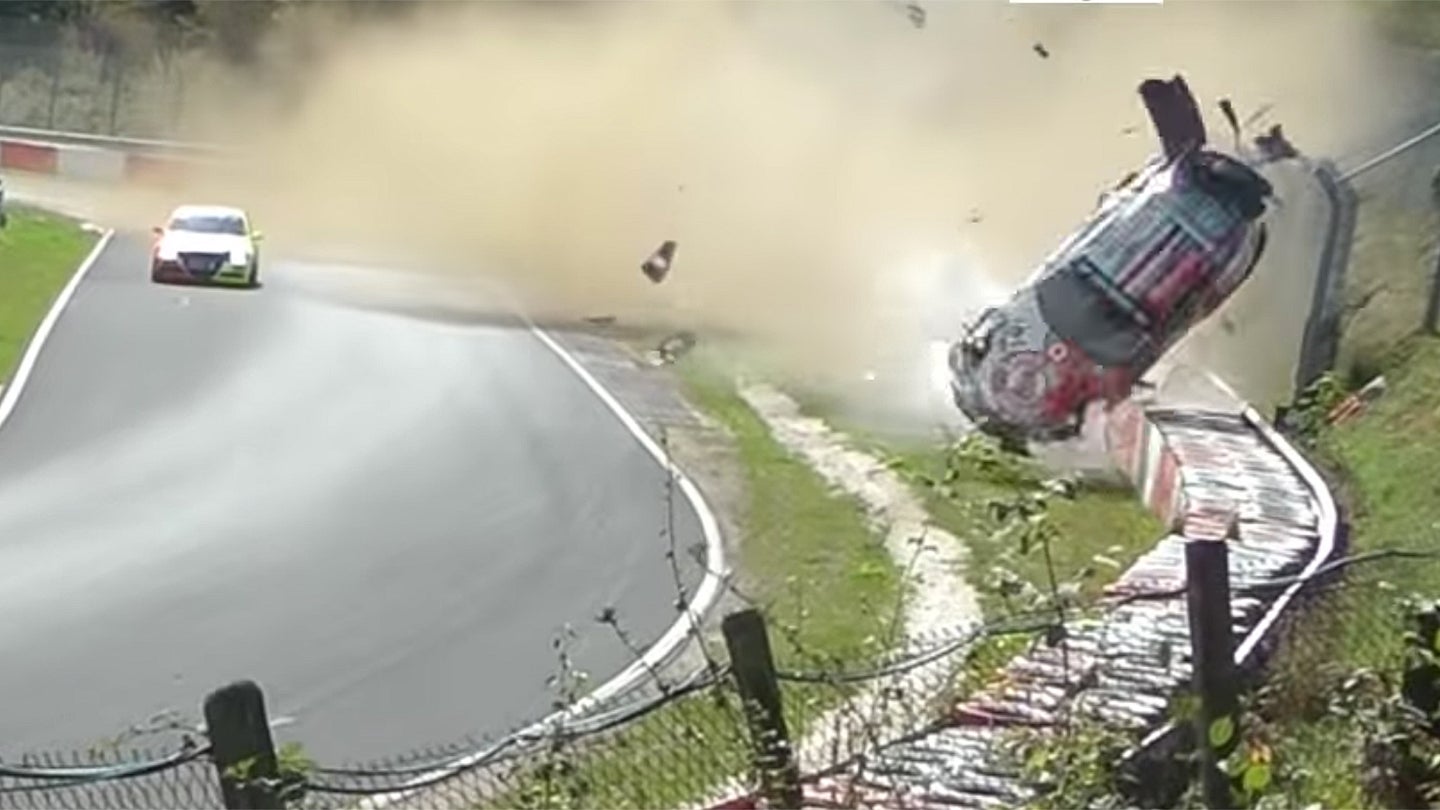 Head to the Nurburgring on any given day, and there's about an equal chance of seeing either a manufacturer testing a camouflaged prototype or someone learning firsthand that it's one of the most dangerous racetracks around. This video falls into the latter category, showing a Porsche 911 GT3 Cup Car roll a solid ten times in a horrific crash at one of the fastest sections of the 'Ring last weekend. Amazingly, the driver walked away without a scratch.

If you're not fabulously wealthy, a big fan of endurance racing, or a regular old P-car obsessive, you may not know that Porsche sells a turnkey racer in the 911 GT3 Cup Car that anyone with enough dough can buy and enter in one of its regional Porsche Carrera Cup race series. The latest version sports a 485-horsepower, free-breathing 4.0-liter flat-six engine connected to a six-speed sequential manual transmission. The rest of the car has been race-ified with full suspension, interior, and safety overhauls.

That last part proved especially important for driver John Shoffner during the VLN Endurance Championship festivities at the Nurburgring last weekend. Running in the Carrera Cup Class of the famous event for J2 Racing, Shoffner came flying down the straight leading up to the dangerous Flugplatz section of the track and lost control as he tried to overtake a slower car. The video picks up as he oversteers into the inside curb, clips his front wheel on a patch of grass, a rolls a full ten times along the crash barrier until the 911 comes to a crunching halt.

That looks really bad, but in a testament to the car's overall safety, Shoffner himself popped into the comments section of the YouTube video to let everyone know that he walked away totally uninjured, apart from a massive headrush from all that spinning.

The Flugplatz section of the Nurburgring is especially dangerous because there's a small hill following a fast straight right before the first curve, and cars have been known to catch flight or lose enough grip to spin out. In 2015, a Nissan GT-R flew off the track at that spot during another VLN race and landed in a crowd of spectators, killing one fan and injuring several more.