This shocking crash at the ‘Ring is a grim reminder of why regulations were changed to protect fans. 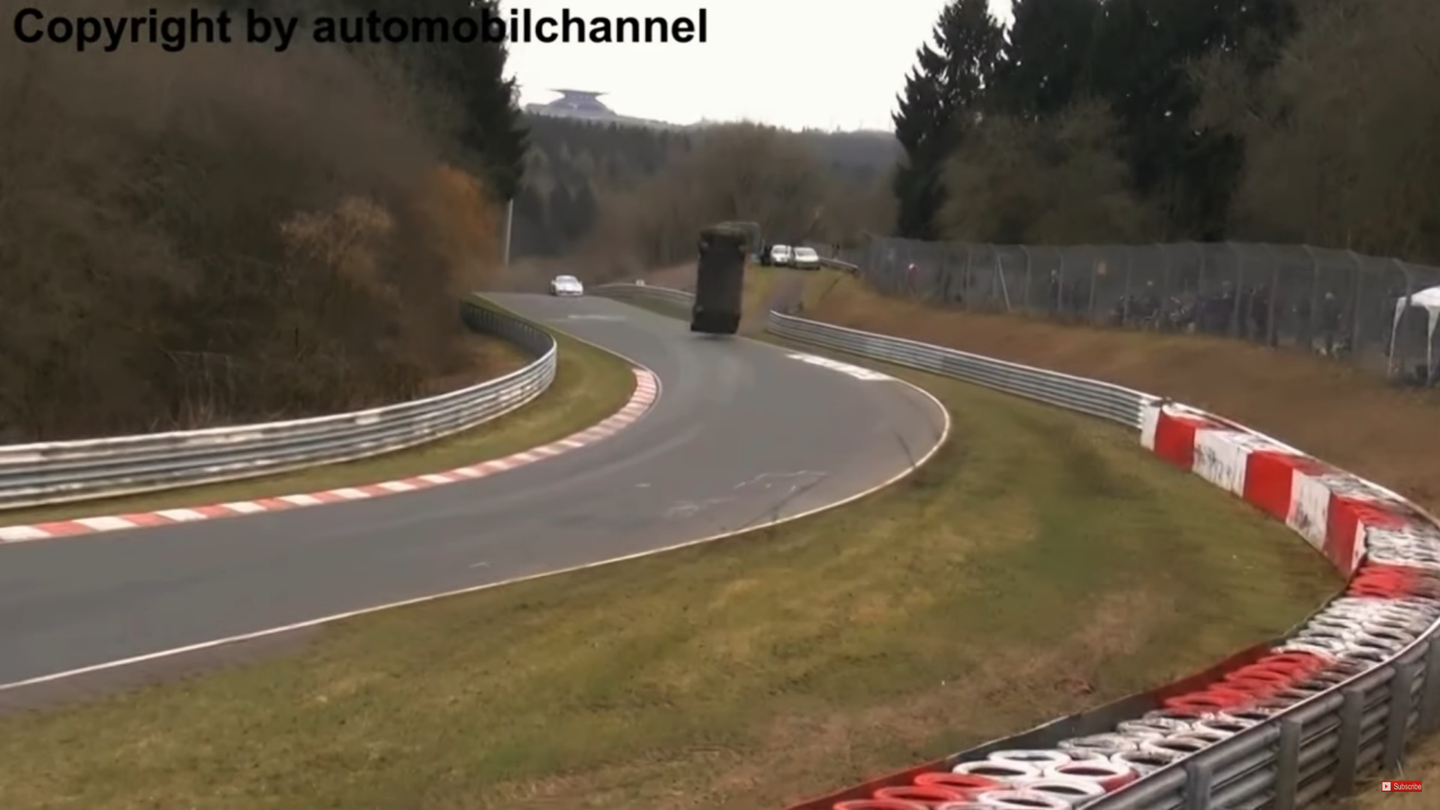 Race cars have come a long way, but physics haven't changed. Unfortunately, the winding turns and fast straightaways on a racetrack can prove harrowing and unpredictable. This previously unreleased footage of an astounding crash on the Nurburgring is enough to make you rethink testing your limits at a track day. The crash happened in March of 2015 and is a reminder of why track regulations have gotten stricter and racing has gotten a bit slower.

Sadly, the crash resulted in the loss of life for one spectator. The victim's family has just agreed to release the footage below to the public after enough time had passed to grieve and consult with officials about how to make the track safer.

The crash happened on the "Quiddelbacher Hohe" section of the track, a blind hill that immediately connects to a tight corner. After this horrific incident, the track section was redone and speed limits were reduced to prevent any more of these deadly crashes from occurring. These new restrictions are necessary to ensure the safety of both drivers and spectators and are good steps to take to distance the sport from its violent past. Viewer discretion is advised, as the footage may be disturbing.

It seems clear that the GT-R came over the hill too fast; although the driver seemed to have lifted off the gas, the weight of the car was still shifted towards the back, and the front end became extremely light. The air passing under the car pushed the nose up and caused the car to flip.

If you watch the slow-motion replay, you can see that the belly of the Nissan is smooth, meaning that the air could pass easily under the body and cause lift. Sure, the car was meant for downforce, but this lesson in physics and the car's momentum overpowered anything that the rear wing was trying to utilize to keep the wheels on the ground.

We really need to look past this archaic measure to focus on the things that really matter, like driving enjoyment.