How Effectively Can a Tesla Interior Keep Cool? 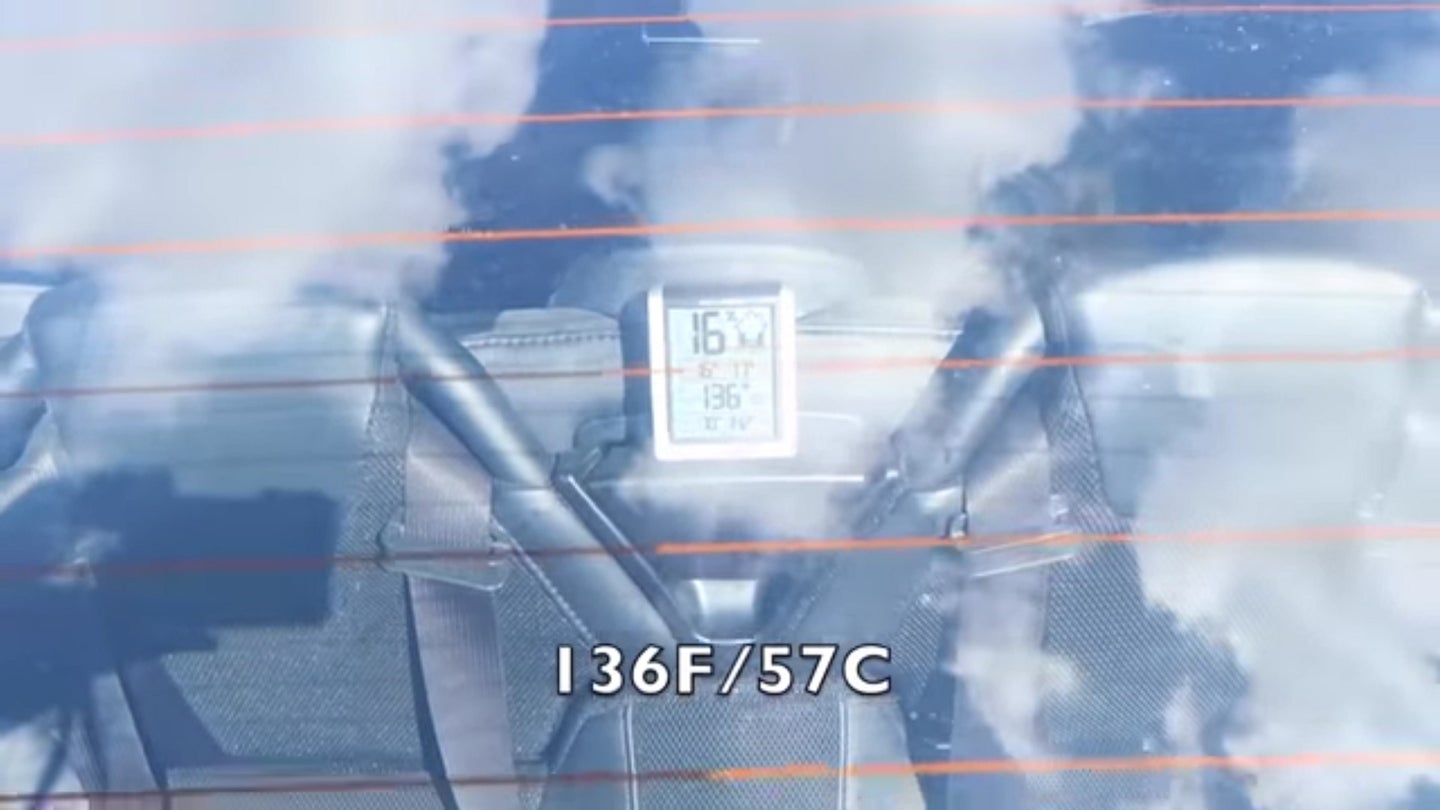 We've written before about the dangers to children and pets overheating in parked cars during the summer months. "Aha," Tesla fans say, "But 'Camper Mode' will keep the interior cool even while the car is off." Indeed, such a feature was rolled out through an over-the-air software update in late 2017, according to InsideEVs. But how effective is it against summer sun and heat in the real world? YouTuber Rich Rebuilds decided to test it for himself.

According to Tesla, there is no official "Camper Mode," but instead a "Keep Climate On" feature, which is what we are talking about here.

Rather than pets or children, Rich wisely chose to place thermometers in strategic positions inside and outside his Model S. They monitored the outside temperature, the temperature in the front of the car, and the temperature in the optional third-row seat in the back. Rich ran the test on two separate days, recording starting temperatures, then after running the cooling system for 15, 30, and 60 minutes.

The end result is that while the front seats cool off quickly, the third row does not, leaving pets or children back there exposed to dangerously high temperatures as if the climate control wasn't even on. Rich blames the narrow opening between the seatbacks and the roof, as well as the lack of any vents in the far back of the car.

As accurate as Rich's temperature readings are, there are some problems with his test. One is that the so-called "Camper Mode" seems designed to maintain the temperature of an already cool car, not to cool the interior from high summer temperatures. Yet Rich started his tests with an extremely hot interior, not one already cooled off from normal driving. It is much easier to maintain a current temperature than to cool it by 50 degrees or more.

Secondly, when using "Camper Mode," one would presumably be camping out in their car. This would usually involve folding down the second and third-row seats and lying down on the flat surface. Folding down the seats would eliminate the narrow gap between the seatbacks and roof, significantly improving ventilation throughout the interior.

Still, Rich's tests do have some merit. Based on his results, it still seems best to put kids in the second-row seats rather than the third row on hot days. There is excellent ventilation between the first two rows, and passengers will sit under a solid roof rather than the rear window which acts like a greenhouse. While the third-row seat is a good option, it seems that Tesla designed the back of the Model S primarily for cargo, not passengers.

We asked Tesla for any comments about Rich's tests. Tesla simply referred us to the car's owner's manual, which speaks for itself:

"Warning: Never depend on the climate control system to continue operating. Doing so can cause serious injury and/or death (for example, leaving a dog in the car on a hot day)."