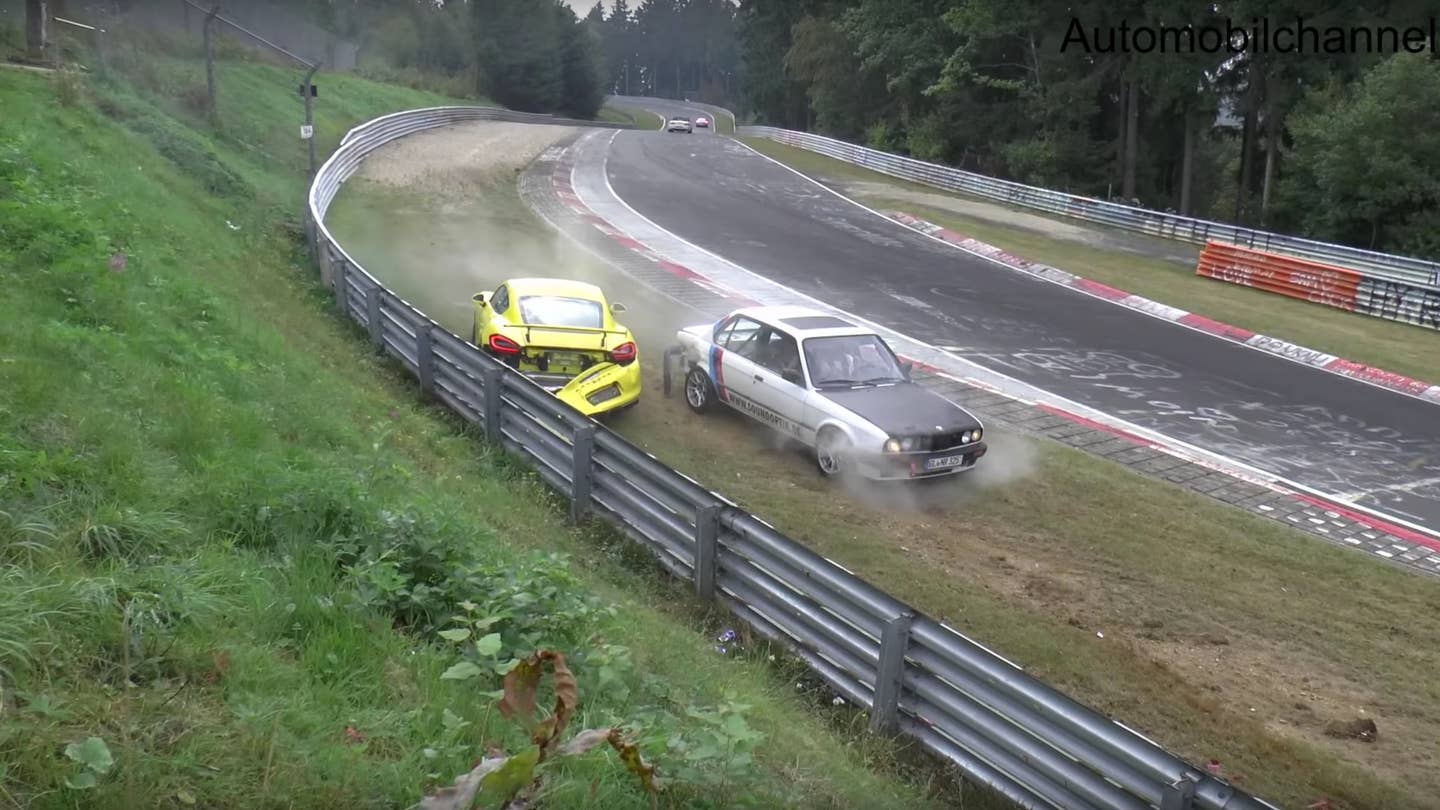 Nothing makes an already-dangerous race track even more hazardous than an unexpected slick spot. A recent video shows a BMW E30 3 Series appear to spill fluids at one of the most dangerous corners on the Nurburgring Nordschleife, causing a Porsche Cayman GT4 to fly out of control and smash directly into the disabled Bimmer.

In a video that was uploaded to YouTube by "Automobilchannel Nordschleife Videos in HD," you can see steam pouring from all around the classic BMW sedan as it heads around the Nordschleife, likely the result of a coolant leak. The E30 spins as it comes around Brünnchen, commonly known as "YouTube Corner," but comes to a halt after a light tap against the trackside Armco.

The Porsche Cayman GT4 following it wasn't so lucky.

As the Cayman comes around YouTube Corner at a good clip, the car loses grip—quite possibly as a result of hitting a patch of fluid leaked by the dying 3 Series—and understeers off-course. When the Cayman hits the trackside grass and begins to rotate, the rear-end slaps the metal barrier hard enough to rip the rear bumper off...before T-boning the stopped E30. Ouch.

An Alfa Romeo hatchback and what looks to be a Peugeot 205 were also forced off-course by the liquid spill. Seeing as how neither of those incidents involved a $90,000 sports car or a spectacular crash, though, we don't consider those minor incidents worthy of anything beyond this quick paragraph.

Wrecks like this happen every week during Nurburgring Touristenfahrten driving sessions. Lapping the 12.9-mile track known as the Green Hell can be dangerous, but the car enthusiasts who drive it do so fully knowing that. In fact, that's sort of the fun of it. No one would drive the Nurburgring Nordschleife if they didn't want to get their blood flowing.