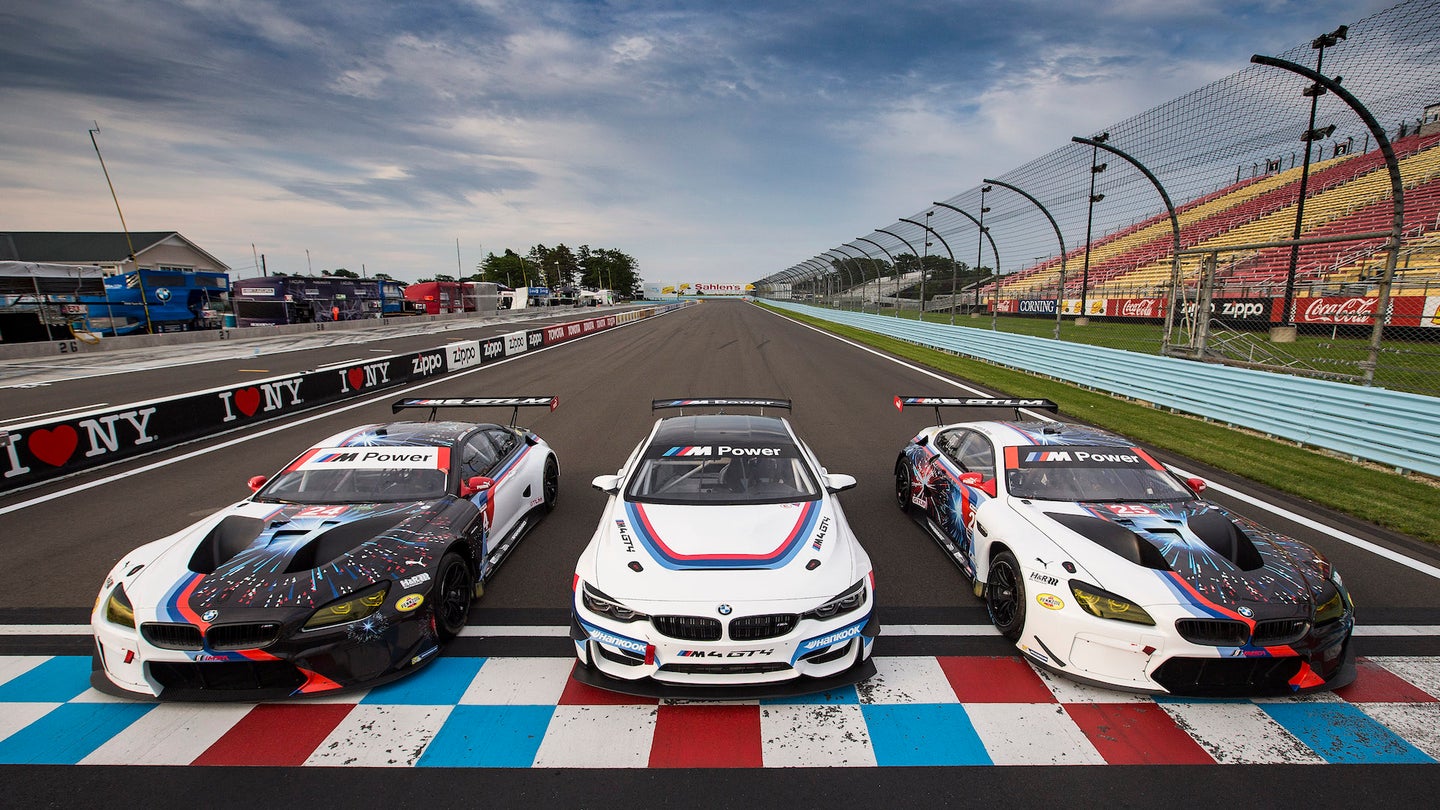 When BMW unveiled the GTS version of its venerable M4 performance coupe, some people thought it was far too extreme. The GTS was the distinctly track-focused variant, sporting 500 horses, a spartan interior, and a hefty rear spoiler to show that it meant business. Unfortunately, the M4-on-steroids still caught a lot of flak from reviewers for being too uncomfortable for a car costing $133,000, despite the fact that it was very clearly meant for the track and not the road. BMW seemingly took this personally, eventually debuting the M4 GT4, which promised more comfort and better performance. Now, the GT4 is headed to Watkins Glen for its North American debut.

BMW USA announced today that its all-new M4 GT4 will be at Watkins Glen this weekend for the 6 Hours of the Glen race. BMW says this car finishes off its lineup of race cars, situated as it is between the M235i Racing and M6 GT3. The M4 GT4 is basically a response to customers who were dissatisfied with the M4 GTS and wanted a genuine racecar available to the public.

The M4 GT4 takes many of its performance parts from its M6 GT3 cousin and features a racing exhaust system, carbon fiber exterior accents, and racing-spec rear spoiler and front splitter. BMW promises more driver comfort, too, with a better suspension system and improved brakes over the GTS. The GT4 also features a state-of-the-art modular engine control unit, allowing racing teams to fine-tune engine power for different competitions. Customers can pick it up for an eye-watering $196,000—but this car seemingly has the technology and performance to justify that price.

This car hits Watkins Glen this weekend for some hardcore racing around the circuit, and BMW also plans to race it at 24 Hours of Dubai next year.