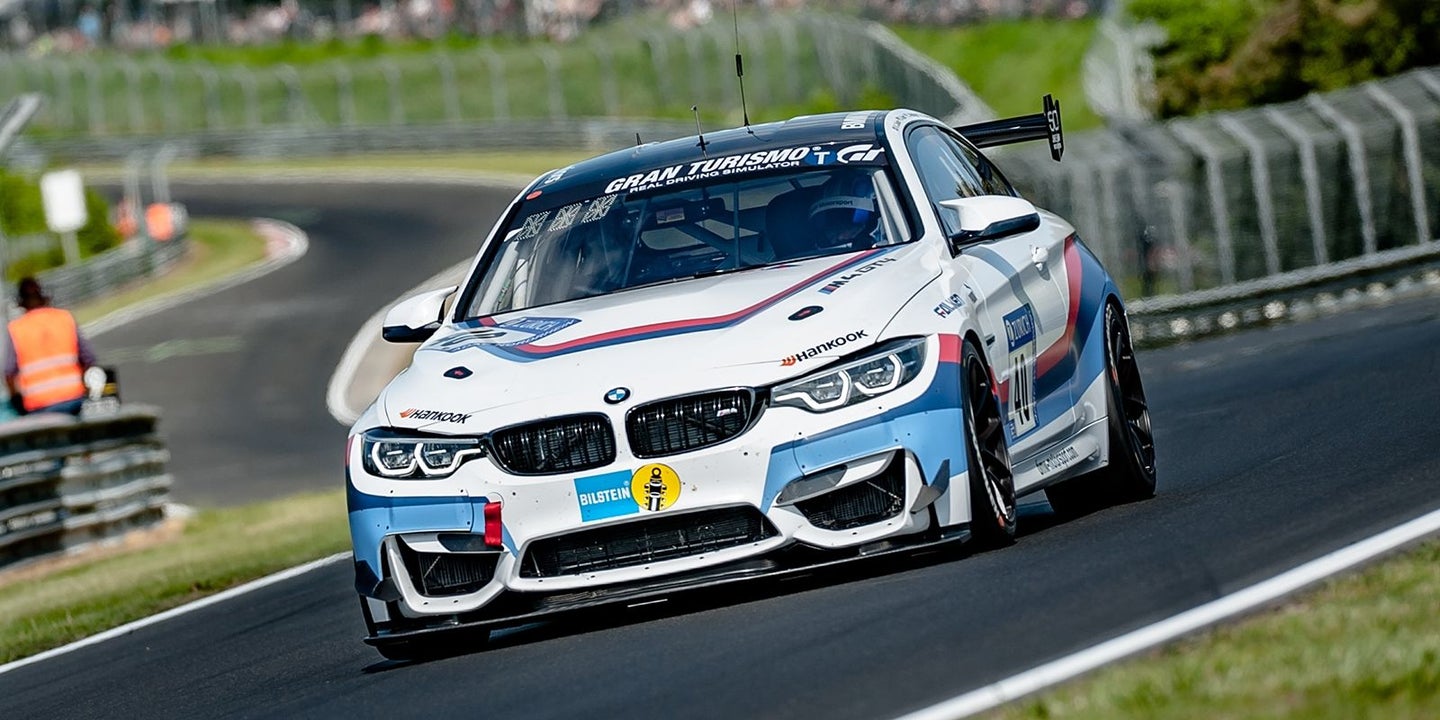 BMW hasn't shied away from hotted-up versions of the M4 coupe. Variants like the monstrous GTS and middle-ground CS have given customers  healthy selection to choose from. The only thing lacking from the lineup was a full-on factory race car—until now. Enter the M4 GT4, a track-only special that culminates lightweight bodywork, added aerodynamics, and racing suspension to promise the most hardcore 4-Series to date.

To promote speed, BMW took cues from both its road car crew and racing team. The M4 GT4 borrows a carbon fiber hood from the GTS while shedding weight in other areas like the carbon doors and suspension, promising an agile ride with improved suspension to back it up. The car's adjustable anti-roll bars, spring rates, and Öhlins dampers provides plenty of confidence while on track. It utilizes the seat, brakes, and pedal box from its M6 GT3 racecar brother as well.

The twin-turbo 3.0L inline six is shared with the standard M4 road car, and with a full racing exhaust, the GT4 gains six horsepower in comparison. Though not particularly powerful, the car's dynamics are drastically improved upon and make up the major difference between the two.

A 33 gallon fuel tank is fitted in the rear, allowing for plenty of range between fill-ups. A built-in airjack is incorporated as well, a feature that will give you extra convenience during races and track days.

BMW will list the car for sale in early 2018 with a price tag of $190,000. That's a steady hike from the $67,000 M4 road car, but seeing as you get loads of equipment that's unavailable on the normal production unit, consider it a good deal. The GT4 competed at this year's 24 Hours of The Nurburgring and is expected to participate at the 24 Hours of Dubai in January.