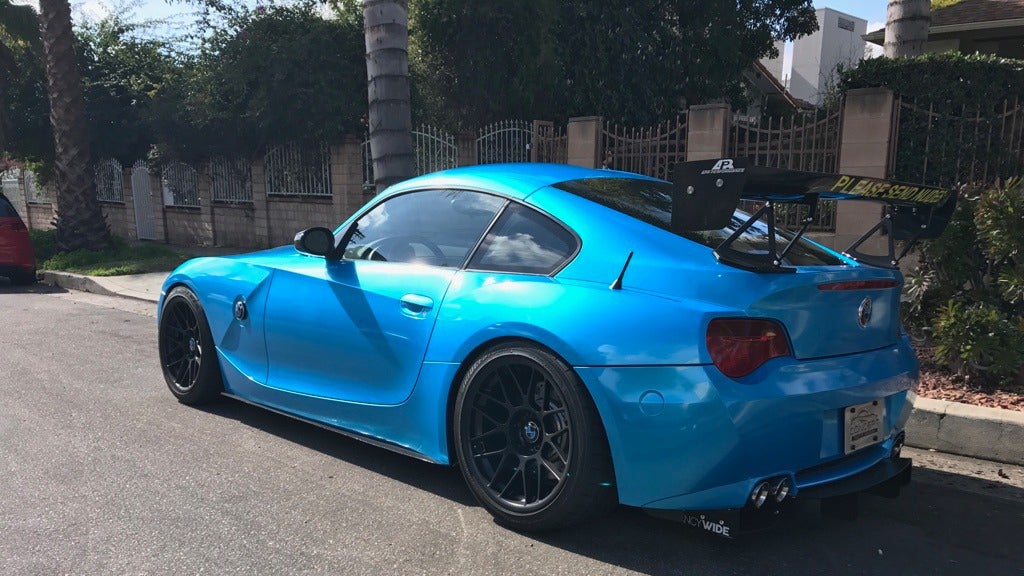 The BMW Z Series has always been the gentlemen's roadster—the convertible for the person who wants something a bit more upscale than a Miata. Not to be confused with the other Z-car, this Z's heritage can be dated back to the late 1950s. It however wasn't until the mid 1990s, with the introduction of the Z3, that the Bavarian automaker found widespread success in the compact roadster segment.

This first-generation Z4, which replaced the Z3, is the M Coupe flavor and is powered by the same motor found in the E46 M3. The naturally-aspirated inline-six engine produced upwards of 330 horsepower off the assembly line. This particular car makes an additional 20 hp over stock and has a plethora of aftermarket parts for the track.

These cars are a bit underappreciated in the marketplace.

Matt Farah took this Bimmer for a ride for his YouTube series "One Take," and was left impressed, as you can see in the video review below.

The second-generation Z4 ended production last summer, but a successor is currently in the works. Prototypes have been spotted testing at the Nürburgring in Germany. Tentatively dubbed the Z5 and sharing much of its platform with a forthcoming Toyota sports car, the next-generation BMW roadster is expected to make its world debut later this year.