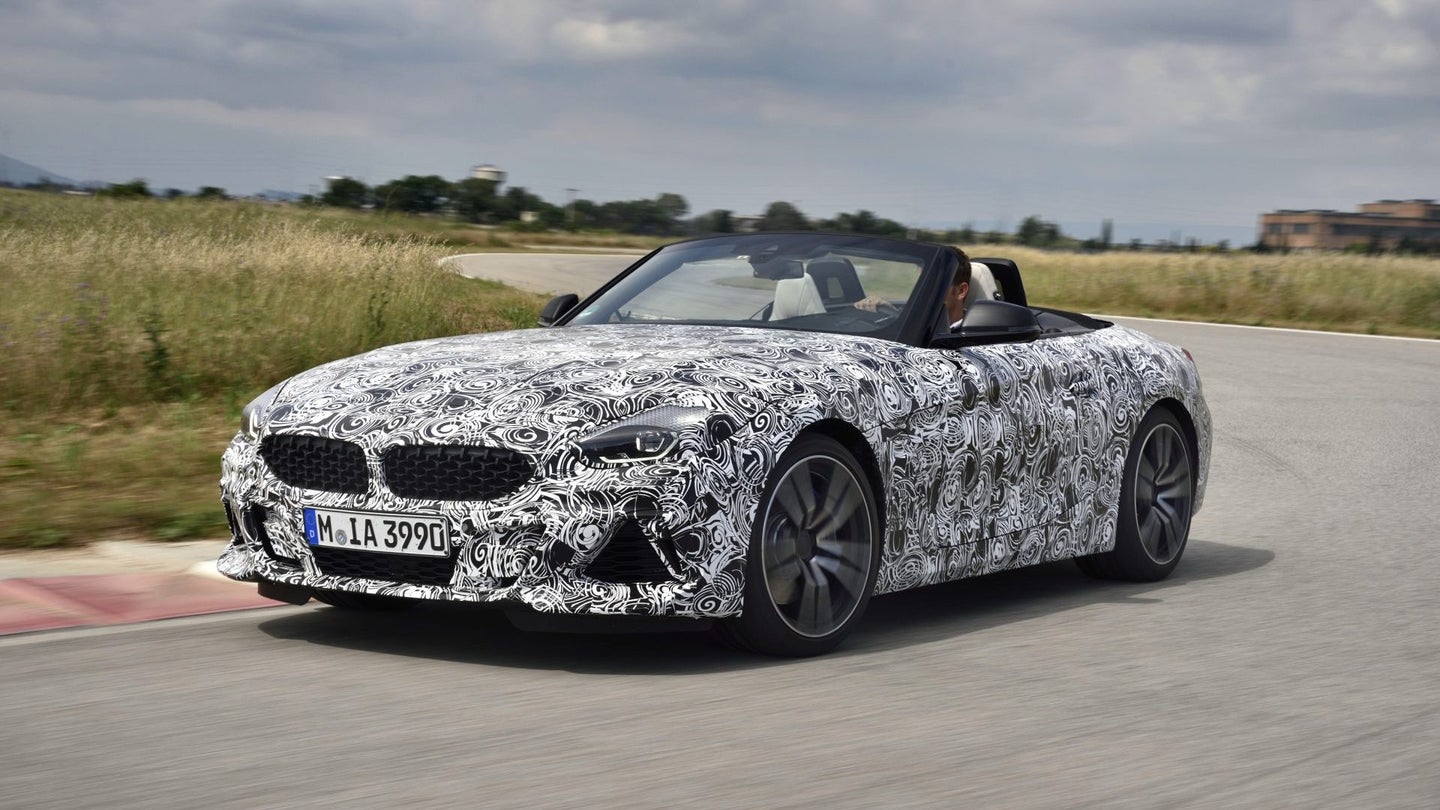 In a press release issued Monday, BMW released details of its upcoming Z4 roadster overhaul and its M Performance variant, with photos of a pre-production test mule attached.

Elements of the Z4 Concept are retained in the prototype car, such as the forward-slanted kidney grille, headlights, alloy wheels, and though in a less extreme form, the fender vents. Apparently gone are the speedster-like roll hoops, extreme fender vents, and taillights that extend far across the trunk lid—assuming the test mule is representative of the new Z4's production specifications.

BMW confirmed an M Performance package for the Z4, to be sold as the M40i. The M40i will use an all-new inline six engine, though no details of the engine beyond configuration were shared. Its power will be kept in check by an electrically controlled rear differential, and its weight by a front axle unique to the M40i.

"The vehicle concept of the new BMW Z4 is geared consistently towards agility and driving dynamics," described BMW's Jos van As, head of application suspension, in the car's press release.

"The high level of body stiffness and the very rigid suspension attachment provide the perfect basis for a set-up that guarantees the performance qualities of a genuine sports car in terms of steering precision as well as longitudinal and transverse acceleration," he said.

Whether these components will also be found in the Z4's Toyota Supra platform-mate is not yet certain.

The Z4 M40i qualifies as what BMW calls an M Performance car, the lowest of its sporting trims. M, M Competition, CS, and CSL designations outrank M Performance, and the existence of a full Z4 M package for the outgoing Z4 made us ask BMW whether any more hardcore Z4s were on their way, but BMW declined to discuss details.

"It is much too early to discuss any further variants," stated Cypselus von Frankenberg, head of design communications, in an email to The Drive. "The market launch of the new BWM Z4 will be in March 2019."

Balloon animals are so last year.

This BMW Ad Was Banned In the U.K. For Promoting Dangerous Driving

The ad shows nothing more than cars driving normally in various slippery conditions.

An all-electric autonomous vehicle, the X5-sized five-seater will come to an auto show near you later this year.