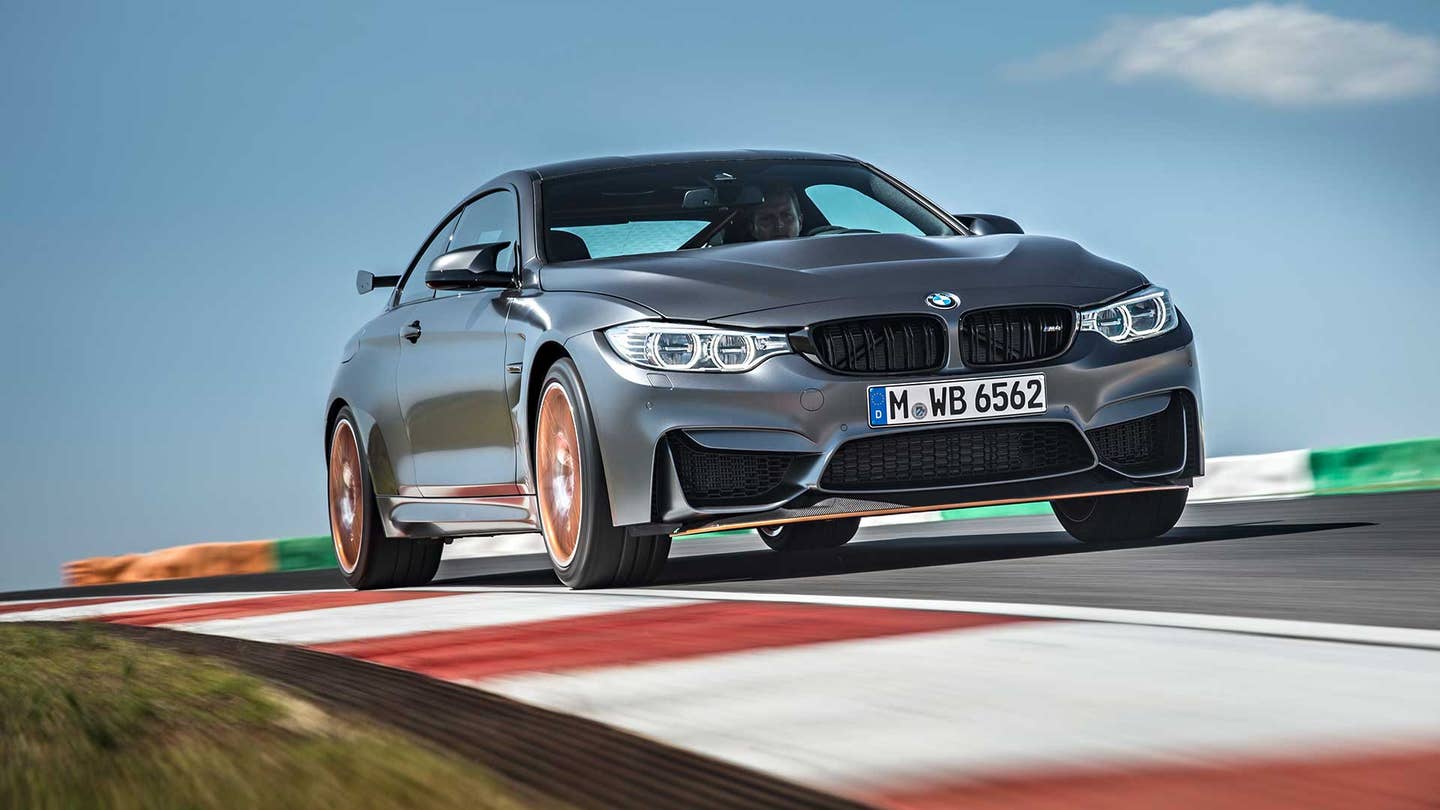 Splash cold water on the wrong person and you’ll be in the line of fire.

Turns out, BMW has a similar idea: Use water to make its already lairy M4 coupe into a snarling, spitting menace. The M4’s 3-liter twin-turbo straight six makes more than enough power out of the box, a hearty 425 ponies. But more than enough is never enough. So the GTS has 500 hp. That means 0-60 mph in 3.7 seconds, en route to a suitably precise (and computer-limited) top speed of 189.5 mph. And it gets there by a process called water injection.

Used by turbo tuners for decades, injecting water into a forced-induction (i.e., turbo- or supercharged) engine isn't a new concept. However, it's unusual to see it offered from a major manufacturer. In the M4 GTS, water is atomized into the intake plenum through three injectors and a pressure of 145 psi. This has several effects.

First, the evaporative cooling of the charge drops air intake temperatures by 80 degrees Fahrenheit, which is beyond what the intercooler can achieve by itself. This makes for a denser charge, and one that contains more power. Water injection also acts as a knock-reducing agent, effectively working as though higher-octane (think: racing) fuel were in play. Not only does the anti-knock let BMW's engineers lean out the mixture for greater power, but it also allows for reduced fuel consumption at maximum throttle. That means more high-speed laps per tank. Which is neat.

The GTS gets a workover outside, too, with a carbon fiber reinforced plastic hood, roof, trunk, rear spoiler, and adjustable front splitter. The web-patterned 20-inch alloys are accented in a dusty orange. Interior tweaks include a rear-seat-delete and roll-cage. (Note: Due to safety regulations, this won’t be available in America. Weak.)

Other mechanical additions: a lighter, carbon fiber driveshaft, titanium exhaust, three-way mechanically-adjustable coilover shocks, and six-piston carbon-ceramic brakes. Which is all to the M4 GTS is, basically, nuts.