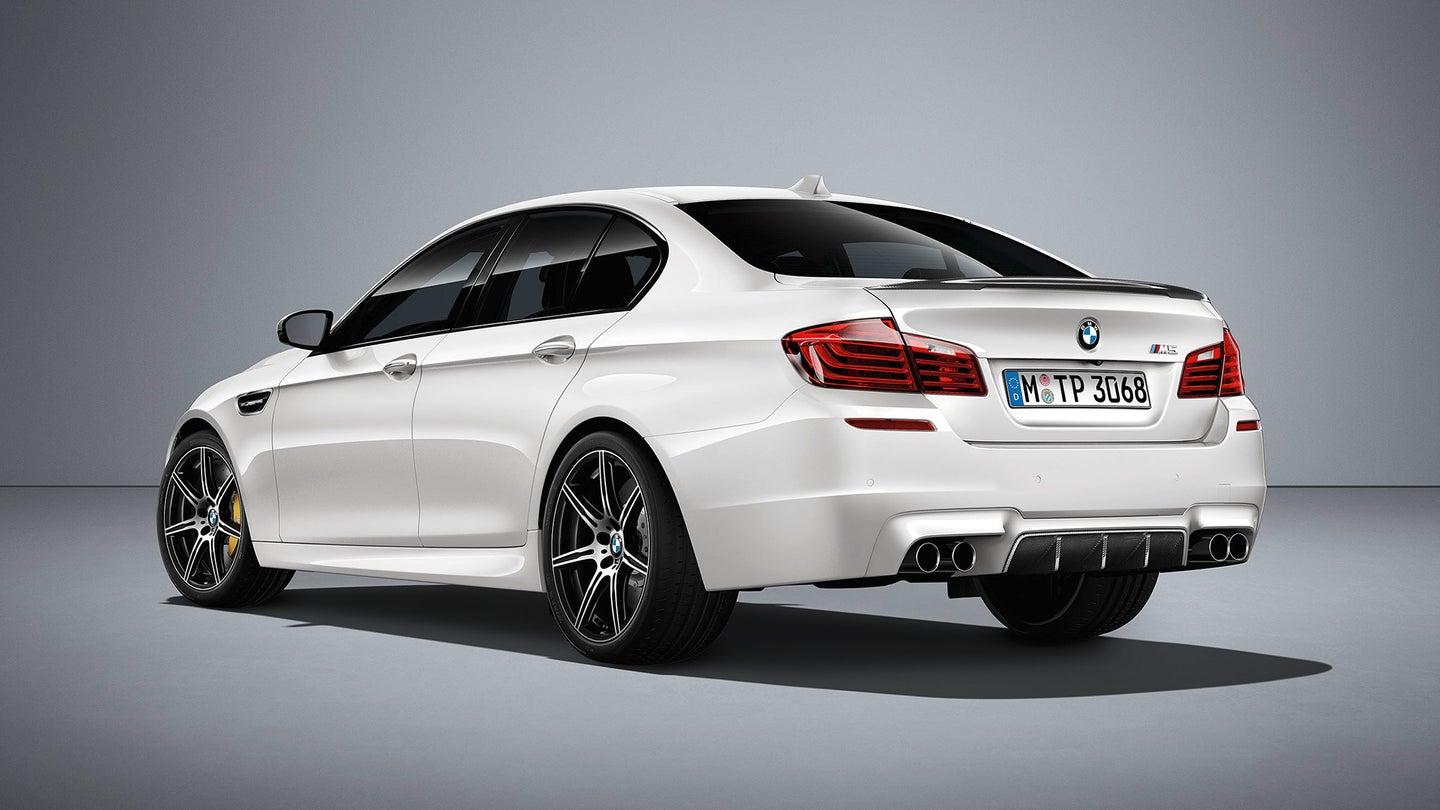 Update, 5:30pm: BMW has informed us that M5 production ended last fall, as we originally reported back in April of last year.

Goodbye, old friend. According to a report fresh out Tuesday morning from LeftLane News, BMW will wrap production on the current-generation M5 by the end of the month. And since BMW all but certainly still has orders to fill...well, if you wanted to buy the current version of the iconic sport sedan, it looks as though you're probably S.O.L.

(The Drive reached out to BMW for an official comment, but had not heard back as of publication. We'll update this post if more info arrives.)

To be fair, we at The Drive kind of expected news like this to land at our doorstep sometime soon. With the all-new G30-generation BMW 5 Series already in the midst its triumphant arrival on the global stage (including a new M550i xDrive that promises to be nearly as fast as the outgoing M5), every previous version of the car still on sale has been effectively relegated to dead-man-walking status.

But it's still a little sad for enthusiasts. See, when the F10 M5 debuted back in 2011, it came with one powertrain: a twin-turbo 4.4-liter V8 culled from the X5 M dialed up to 560 horsepower and 502 pound-feet of torque, connected to the rear wheels through a seven-speed dual-clutch transmission. It was a massive improvement over the earlier E60-gen M5's clunktastic sequential manual transmission...but in a bizarre twist, American customers began clamoring for a traditional manual gearbox. Eventually, BMW relented, retrofitting an old six-speed stick into the car—and making something of a modern classic.

But with the G10-gen M5 expected to make around 600 horsepower and pack all-wheel-drive, and the generally diminishing interest in manual gearboxes in the large sedan market...there's no chance the next version will offer a stick shift. BMW M GmbH boss Frank van Meel said as much in plain terms last year.

Which means you've probably missed your last chance ever to buy a brand-new BMW M5 with a manual transmission.

Luckily, there's something of a loophole. The M5 may be about to go away...but the BMW M6 Gran Coupe is still available, packing the same performance in an (arguably) additionally-appealing package. And as of today, you can still order one with a stick.