It is not every day you see an engine swap involving a European V8 and American muscle. 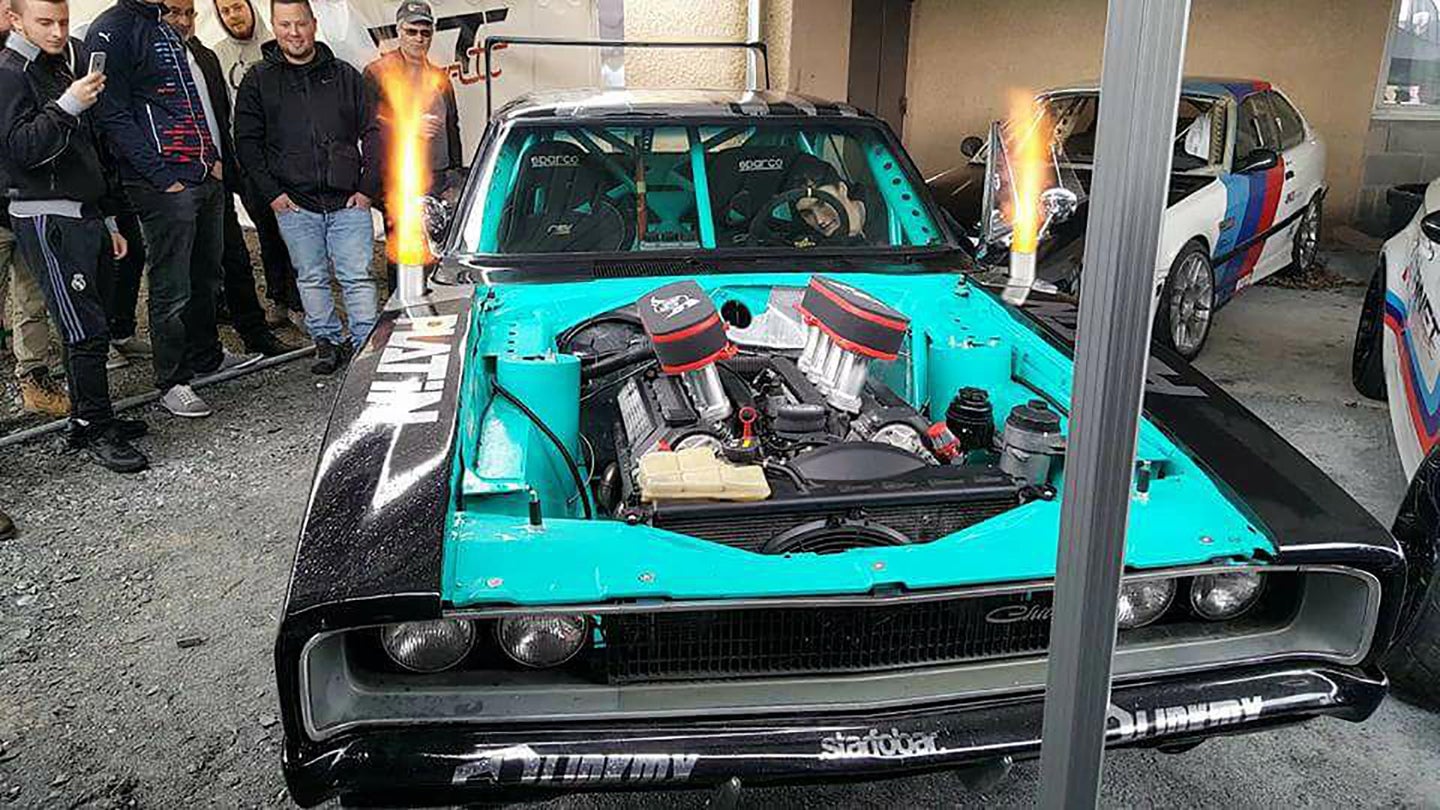 Engine swaps are very popular in the car community and certain practices are viewed as normal. A small block V8 into a Jeep, an LS into a European sports car, the list goes on. However, sometimes people apparently break away from the norm and swap a BMW V8 into an American muscle car.

This may seem like a very bizarre engine swap but apparently it work for French drifter Alexandre Claudin. Claudin took a 5.0-liter V8 from an E39 M5 and dropped it into a 1968 Dodge Charger. Claudin then modified the engine and headers to shoot flames out the hood and terrify everyone in sight. In order to further "improve" the old muscle car, Claudin and his team opted to use the suspension, rear end and axles from a Porsche Cayenne Turbo, according to Engine Swap Depot.

A bizarre setup like this makes us wonder what the perfect Frankenstein car would be. To be honest, we never pictured a Cayenne rear end on a 1968 Charger, but hey, there is a first for everything.

What would be your perfect build and why?

Don’t fall for it.

Two cars based off the same platform with very different personalities.