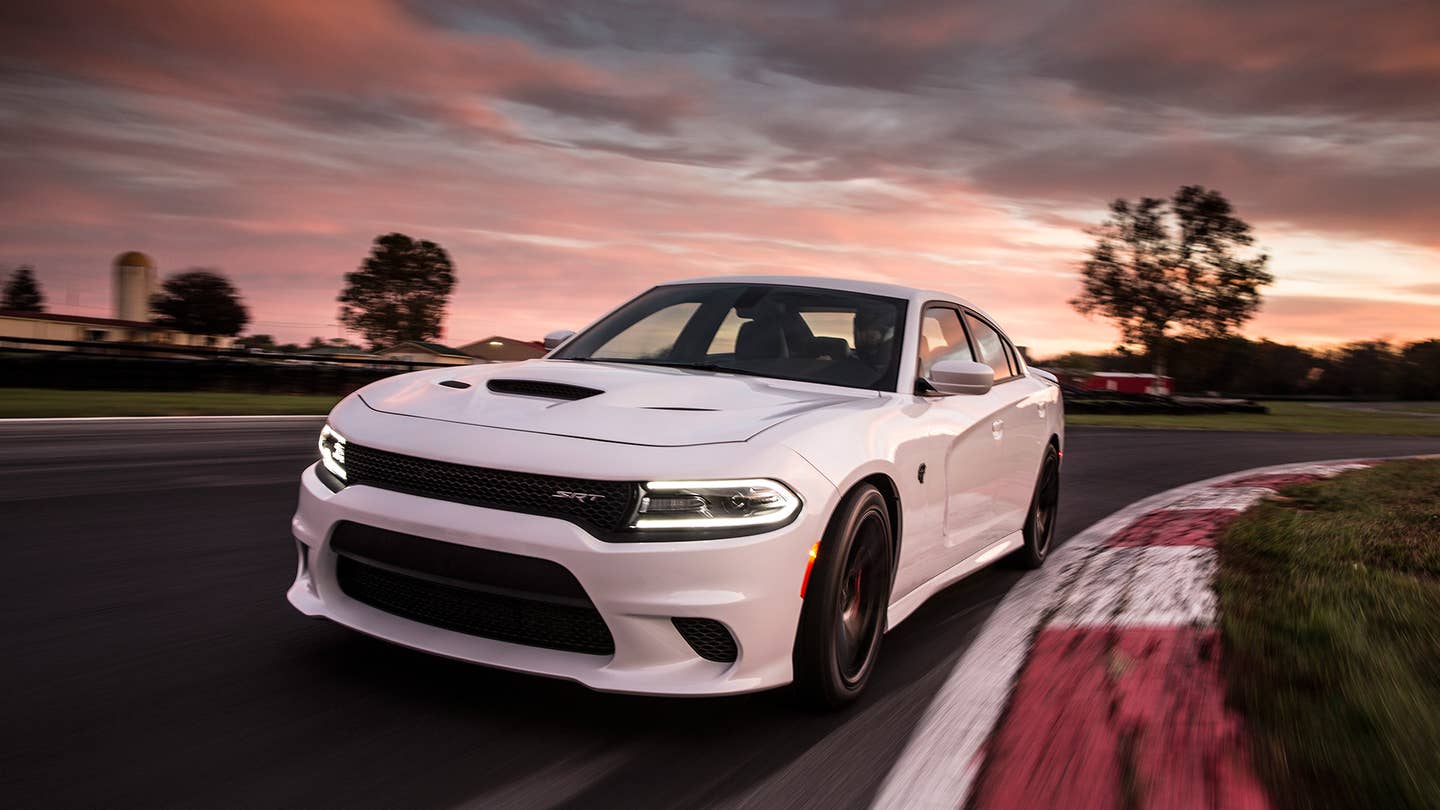 Welcome to Critic's Notebook, a quick and off-the-cuff collection of impressions, jottings, and marginalia on whatever The Drive writers happen to be driving. Today's edition: The Dodge Charger SRT Hellcat.

It's hard to avoid nuclear terminology when trying to describe the 6.2-liter supercharged Hemi known asthe Hellcat. After all, the language of atom-splitting has become shorthand for extreme amounts of power, and the Dantean eight-cylinder feline has more ponies than any production car ever to roll off the assembly lines in the long, storied history of the company that bears the Dodge brothers' name.

But the word that most came to my mind after a weekend with the Dodge Charger Hellcat wasn't "fission" or "explosion" or even "nuclear."

Look, I love horsepower. Few things in this life bring me joy like being thrown back into a seat when I floor a gas pedal. But the Charger Hellcat, simply put, suffers from a problem of diminishing returns. With 707 horses trying to make their way to the ground through two (comparatively) narrow 275/40/20 tires, the Hellcat can't deliver on the performance potential those supercar-spec numbers suggest.

Don't take that as a suggestion that the Charger Hellcat isn't fun, though. It is. The sort of fun that leads people to stand in line for two hours at Six Flags, the type of good time that leaves you wondering why your face is sore the next day, only to realize it's because you spent much of your time with your cheeks pinned into Joker smile. The kind of fun that usually gets outlawed in Australia.

Dab into the throttle, and the car immediately responds with a lurch as power rises like a humpback breaching a wave, awesome and terrifying in its seemingly endless proportions. With the traction control off, it drives like there's a permanent ice patch beneath the rear axle. Dare to floor it in first gear with all the safety nets disabled, and the ensuring smoke show will show up on Doppler radar. If it doesn't make you giggle, you're not human—or at least, not 'Murican.

But the Hellcat's more than just a burnout machine. Leave the car in Sport or Track mode to provide an electronic balance between grip and slip, and the big Dodge comes into its own. You begin to crave excuses to unleash all that power: on-ramps that enter on the left side of the interstate; stoplights on roads with 55-mph speed limits; side roads that cross perpendicular to four-lane highways.

And once you learn to respect the gas pedal, it's as good as any other vehicle in the Fiat-Chrysler family at handling the day-to-day grind. In fact, it handles better than you'd expect—though its sheer size and width mean back roads remain best left to Miatas and Porsches. The seats are comfy, and those classic muscle car proportions mean there's enough room to fit a quartet of plus-sized American adults inside. Much like its brother, the Challenger, the Charger is made to devour highway miles in impolitely large bites; with that big engine beneath the hood, this Dodge passes ordinary cars the way Civics and Corollas pass cyclists.

Still. There's already a car that packs 98 percent of the Hellcat's speed, 99 percent of its aesthetic appeal, and 100 percent of its usability for 60 percent of the price: The Dodge Charger R/T Scat Pack. Granted, it lacks a couple features besides the supercharged engine—the heated leather performance seats, a heated steering wheel, an adjustable suspension—but nobody buys muscle cars like these for the niceties. The only two salient questions are Can it burn rubber? and Can the stereo play Aerosmith?

Plus, the naturally-aspirated 392-cubic-inch Hemi sounds better. There, goddamn it, I said it.