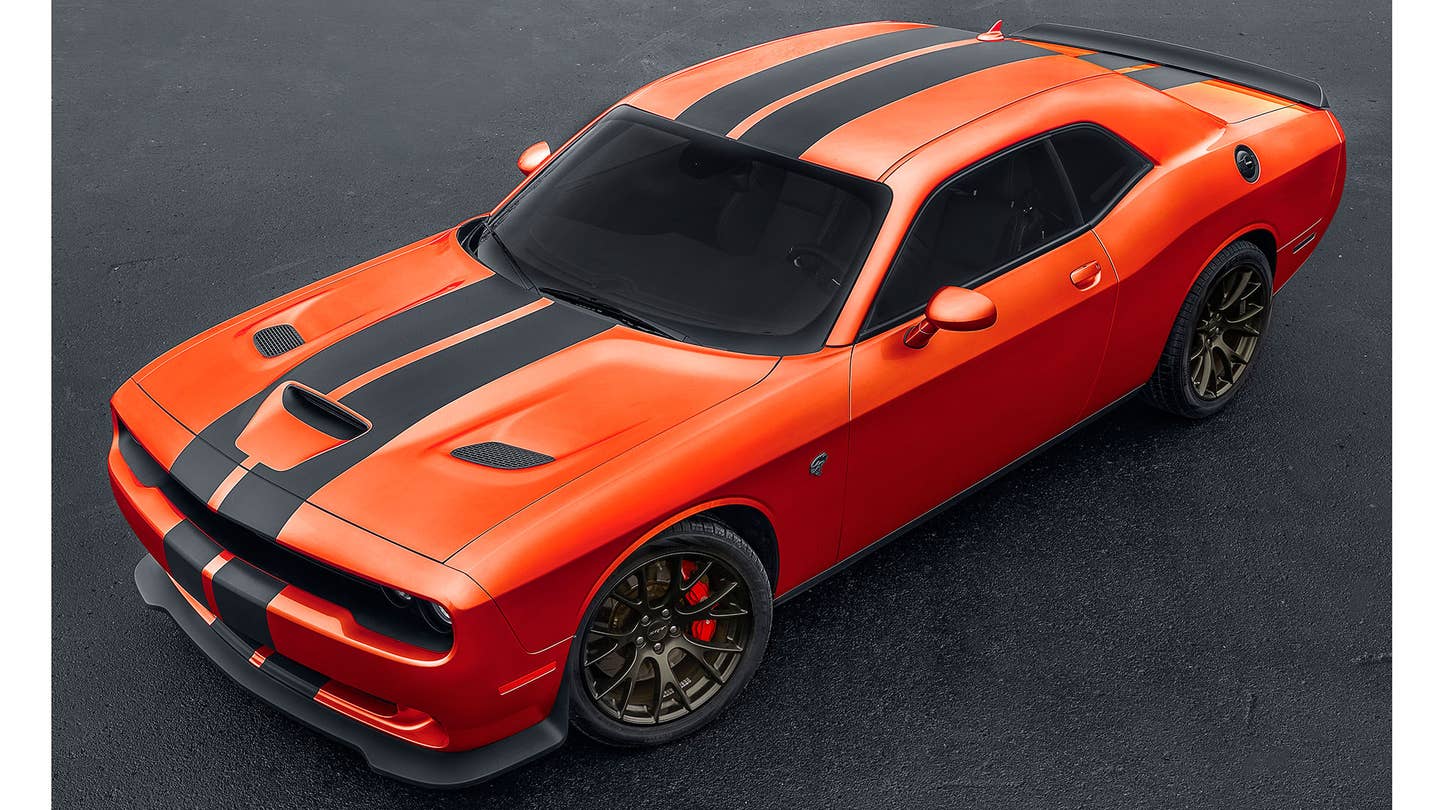 Sales numbers of the Chevrolet Camaro, Ford Mustang, and Dodge Charger and Challenger are slumping across America in 2016...yet sales figures for the high-output Challenger Hellcat muscle cars, apparently, are on the rise. What's going on?

According to data uploaded to a thread on the Hellcat forum Hellcat.org on October 22nd, sales figures of the 2016 model year two-door Hellcat have jumped 67 percent compared with the 2015 middle year, Torque News reports. Over the course of the 2016 model year, 11,995 Challenger Hellcats were sold. (Dodge also parted ways with 4,025 Charger Hellcats in that time, for what it's worth.)

As Torque News notes, these numbers have not been confirmed by Fiat Chrysler, as FCA does not usually release sales numbers for specific trim levels​. However, Hellcat.org does reportedly have a reputable history of posting solid information that might not otherwise be available.

The Hellcat.org report contains far more than just the overall sales figures, however. Like the 2016 model year Corvette numbers posted by the National Corvette Museum a while back, the data also offers a glimpse into the mindset and preferences of Hellcat buyers.

Of the 11,995 Challenger Hellcats in question, 3,944 were optioned with manual transmissions, whereas 8,051 had automatics. The most popular color by far was Pitch Black, accounting for 27 percent of global production; Plum Crazy came in second, at 11 percent, with Bright White at third with 9 percent. (Maximum Steel came in last, at 1.5 percent.)

And out of all 50 states, both the Challenger Hellcat and Charger Hellcats​ sold best in Texas; 1,172 of the two-door cars and 397 of the sedans were sold in the course of the 2016 model year.

The Hellcat's (reportedly) good year comes during a not-so-good one for FCA's muscle cars in general. Official numbers released from FCA on Tuesday show that so far in 2016, the company has sold 79,062 Charger combined, 3 percent fewer than it did in 2015, and 55,276 Challengers, 4 percent fewer than it managed in 2015.

In comparison, 60,812 Chevy Camaros have been sold in 2016 so far; at this point in 2015, Chevy had counted sales of 66,833 Camaros, according to GM Authority. As for the Ford Mustang, the ponycar was recorded to have sold 92,672 cars this year, while in 2015, Ford had clocked in 106,321 cars sold at this time in the year. In October, Ford actually took to shutting down its Mustang factory for a week following a 32 percent drop in sales.

So why do the Hellcats appear to be doing so well?

Maybe more and more people are falling in love with the completely unnecessary but embarrassingly addicting 707-horsepower 6.2-liter V8. Or...maybe those who bought theirs last year just wrecked them all, and now they have to re-buy them in doubles.

In August 2015, USA Today reported that FCA planned on doubling production numbers for the Hellcat twins in 2016. That now seems to have been a very good call.