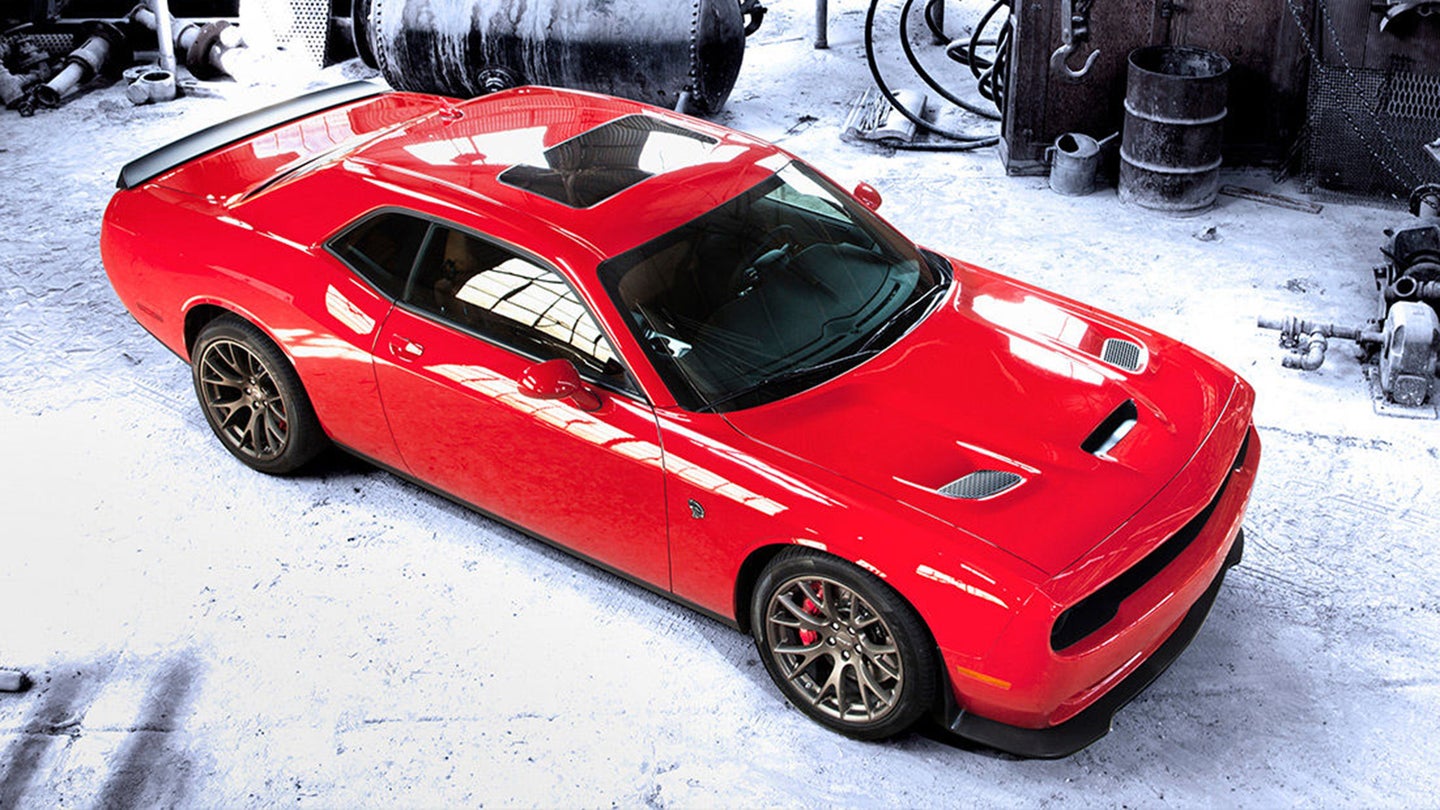 When you're the brand-new owner of a 707-horsepower muscle car, it's understandable that you'd want to just punch it a few times to hear that engine roar and get a taste of its capabilities. It's much less understandable if you choose to impress your friends with a top-speed run on a public toll road in the middle of the night. But such was the decision of one Christopher Garza, who spent the day cooling his heels in jail after the Indiana State Police reportedly busted him trying for 160 mph, more than twice the posted speed limit on that stretch of 1-90.

At around 1:30 Friday morning, an Indiana State Trooper was posted up at the side of the highway in the city of Gary when he noticed a car approaching "at a high rate of speed." He reportedly clocked the Challenger Hellcat at 158 mph on his rear-facing radar, 151 mph as it passed him, and noted that it appeared to quickly slow down after that. Still, it took more than two miles (about distance traveled in a minute at that speed) for the trooper to catch up and pull Garza over.

Garza had two friends with him, and told the officer that had just purchased the car and wanted to show them what it could do. He said he knew he was pushing 160, but also stated he thought the empty toll road at night would be the safest place to try. Strangely, the officer didn't think that was a good reason and arrested him for reckless driving, and the Hellcat was towed to an impound lot.

This was incredibly stupid for a number of reasons, but a quick visit to Google Street View shows that this stretch of road isn't exactly the most well-maintained in the country. We'd think twice about doing 80 over some of those bumpy sections, let alone double that number. And we have a hunch Garza might feel the same way now.