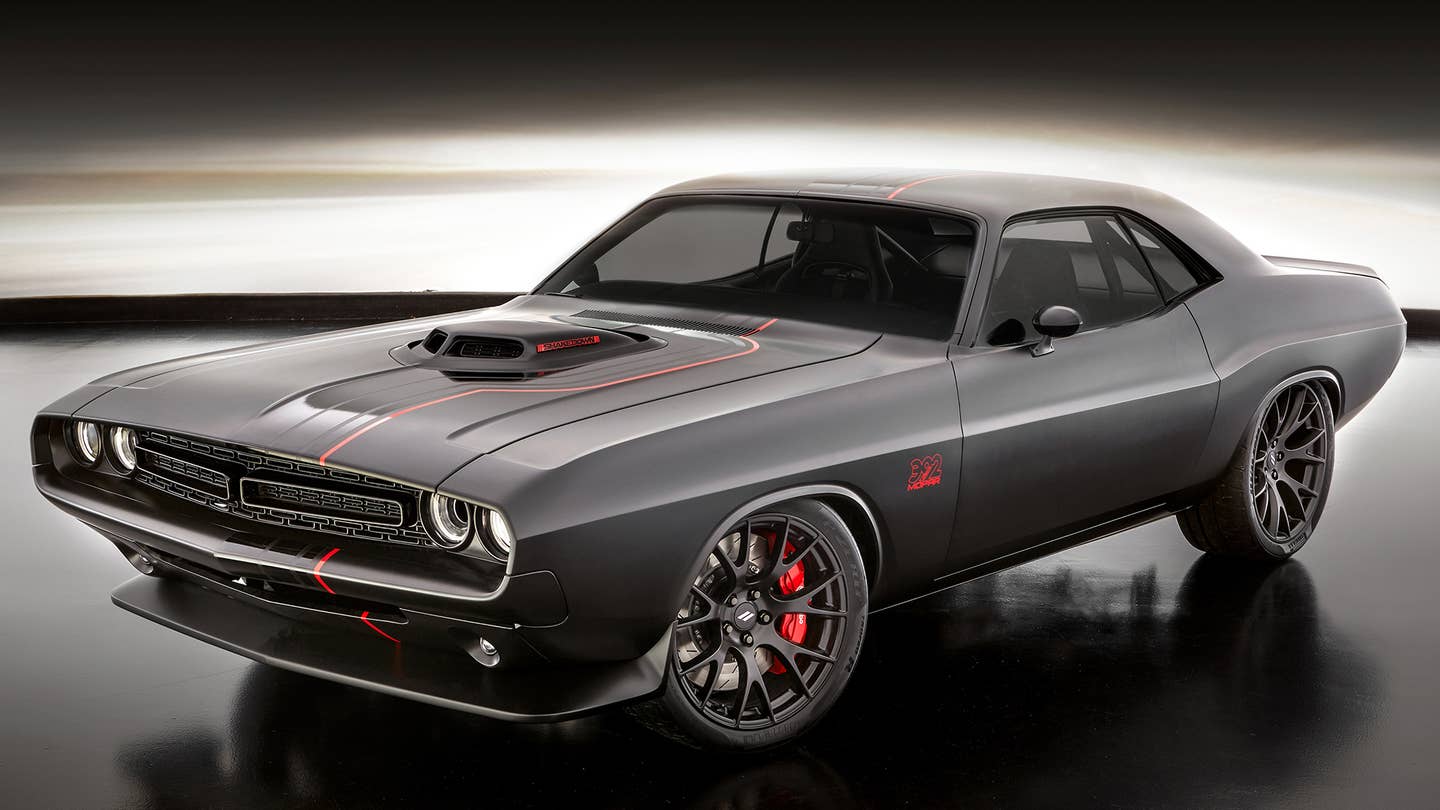 So, remember that shadowy SEMA-bound Dodge Challenger photo Fiat Chrysler showed off last week? Well, turns out there’s a lot more to it than a 392 Hemi and some asymmetrical racing stripes. The Dodge Challenger Shakedown, as it’s called, fuses together some of the best parts of current and classic Mopar muscle cars.

See, in spite of its presence alongside the rest of Mopar’s custom new cars at the show, the Challenger Shakedown is actually based on a 1971 Dodge Challenger—but one with heaping helpings of upgrades courtesy the 2016-era FCA parts bin. Beneath that Shaker hood lies a 485-horsepower 6.4-liter V8, connected to a cold-air intake on one end and to an exhaust with black powder-coated exhaust tips on the other. The Dodge Viper’s Tremec six-speed manual sends that power to the 20 x 9.5-inch rear wheels; the fronts are just as wide but an inch smaller, lending this retro-modern Chally what Mopar describes as “coiled.” (Somebody in the FCA P.R. department clearly had some fun with this one.)

The 1971 Challenger body has been cleaned up and dropped down for Shakedown duty; the suspension has been lowered, and the door handles and fuel door have been shaved off the car, with the latter being relocated to the trunk. The headlamps, front grille, and taillamps have been pulled off the 2017 model year Challenger (why is part of the reason we had trouble ID’ing the car in the original picture as a ‘71, for what it’s worth) and tweaked to fit in the pre-Fuel Crisis body. And the “Bitchin’ Black” paint job—yes, that’s the actual name—is accessorized with a boatload of red and black badges and pinstripes, because SEMA does not do subtle.

Inside, the Challenger Shakedown loses its rear seats but gains a roll bar, to better prepare it for the track days it will almost certainly never see. The front seats have been replaced with the leather-and-Alcantara ones from a Viper; the steering wheel is also a Viper unit, while the manual gearshift knob is straight from the Challenger Hellcat.

Now, if you’ll excuse us, we’re off to make a pleading phone call to Ralph Gilles begging him to let us take this puppy for a spin. 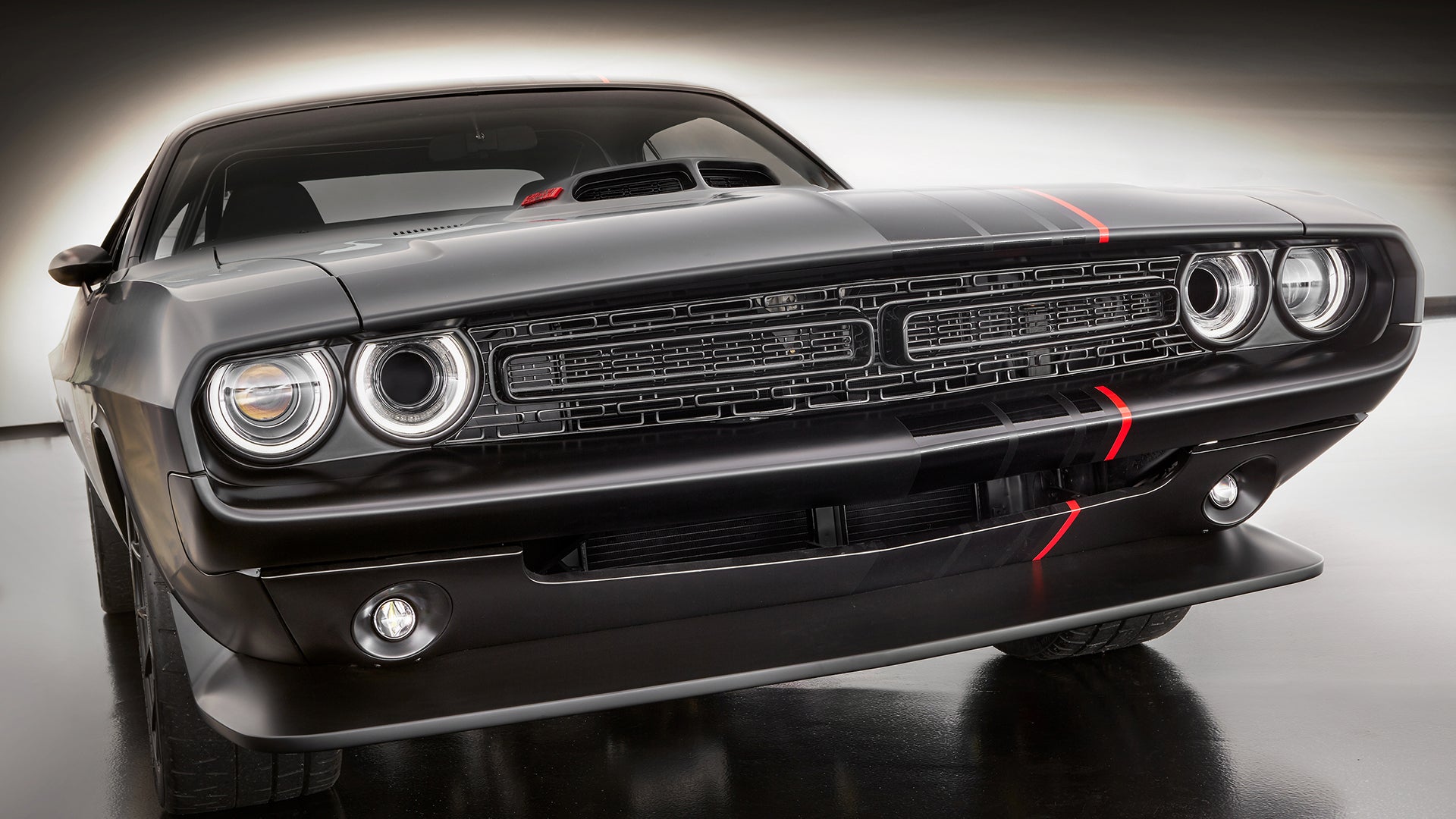 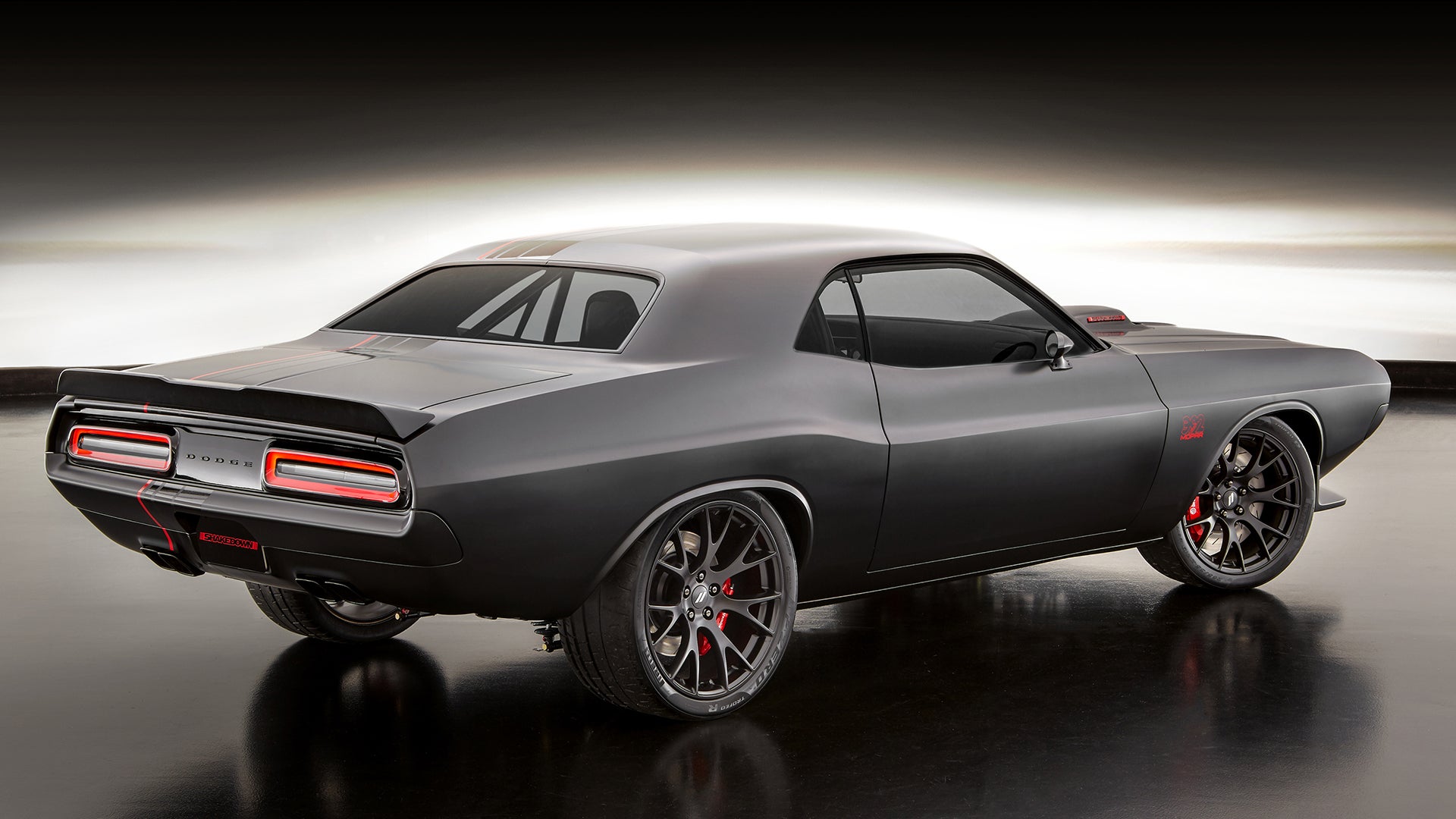 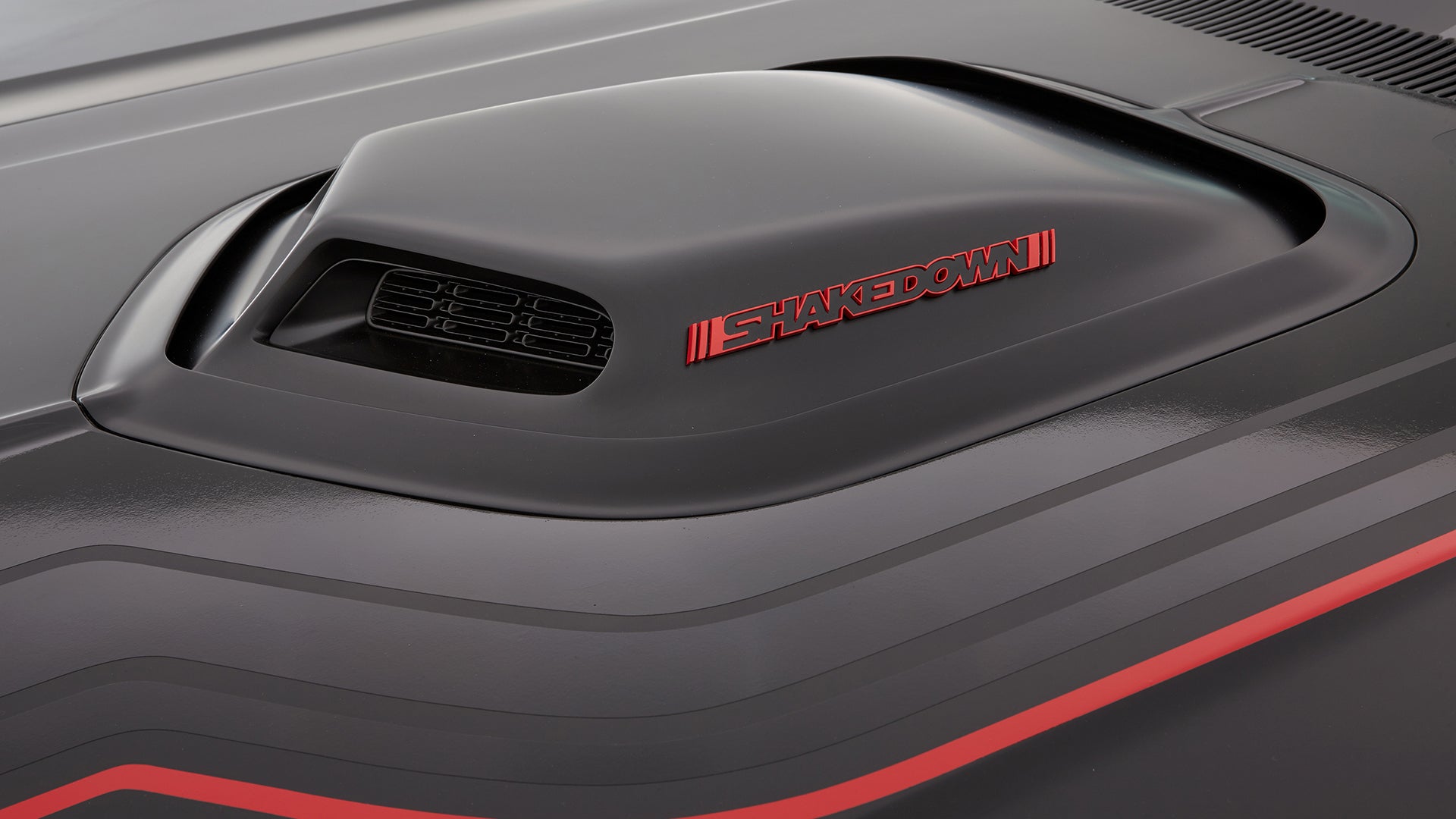 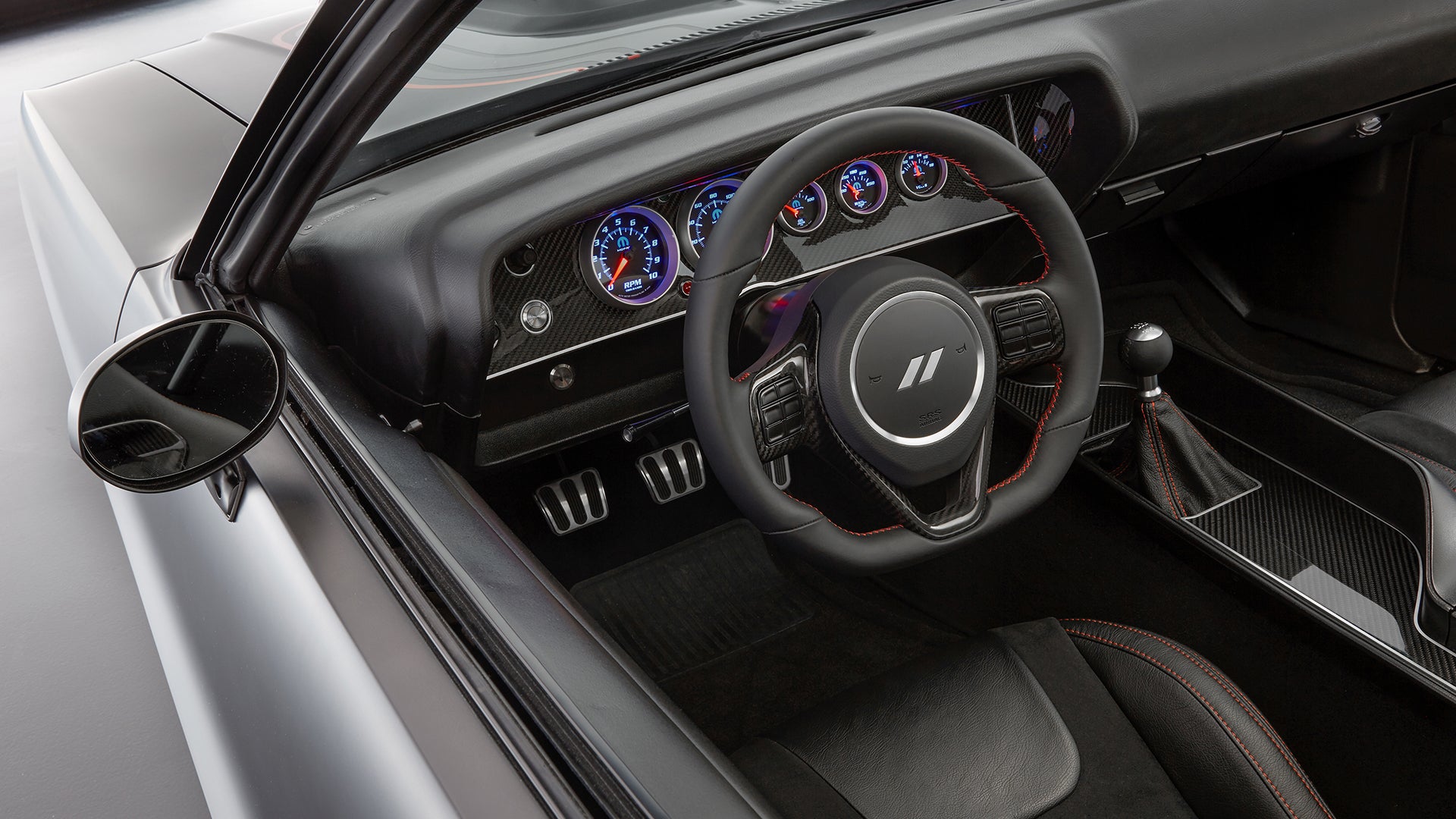 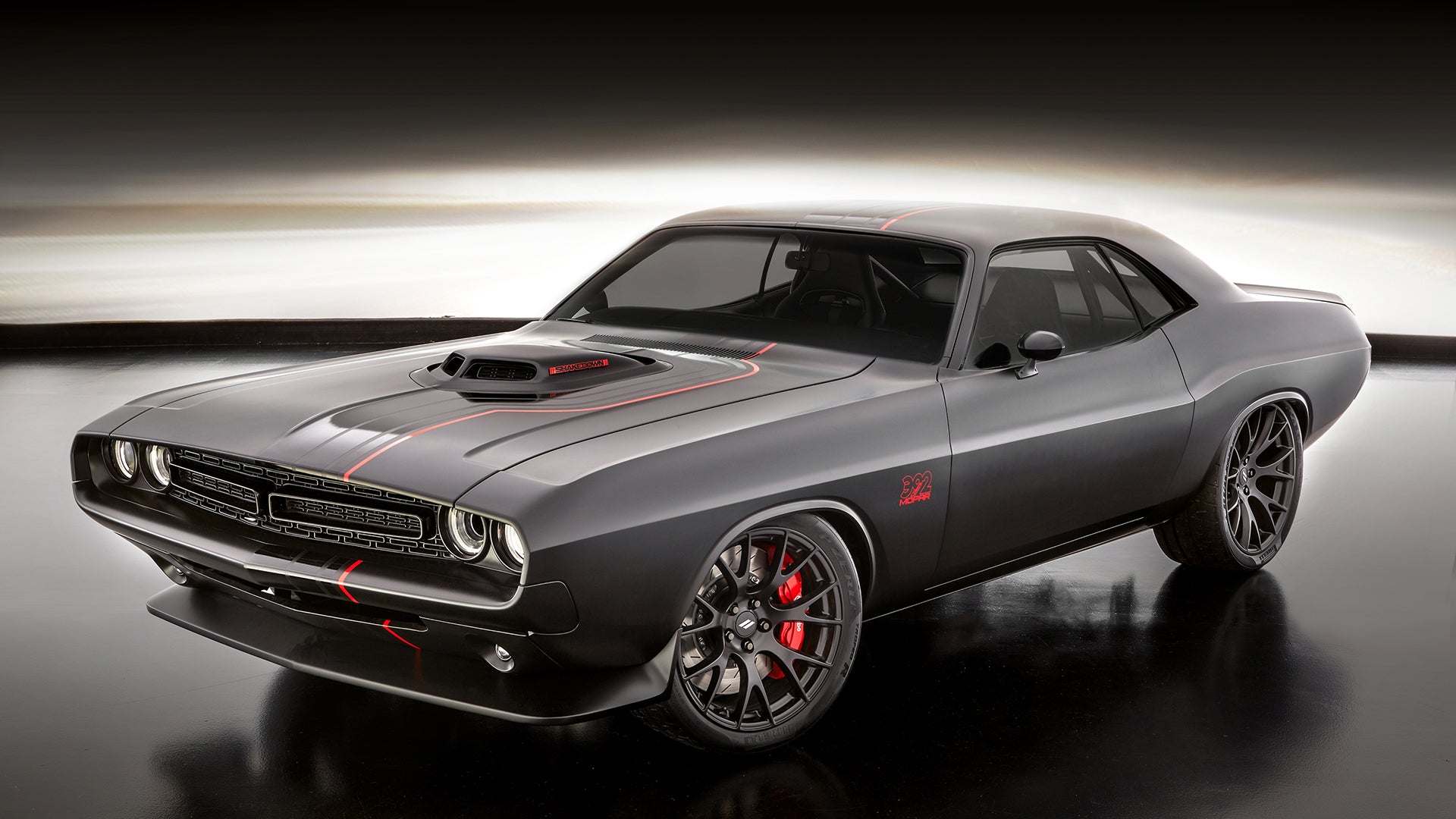