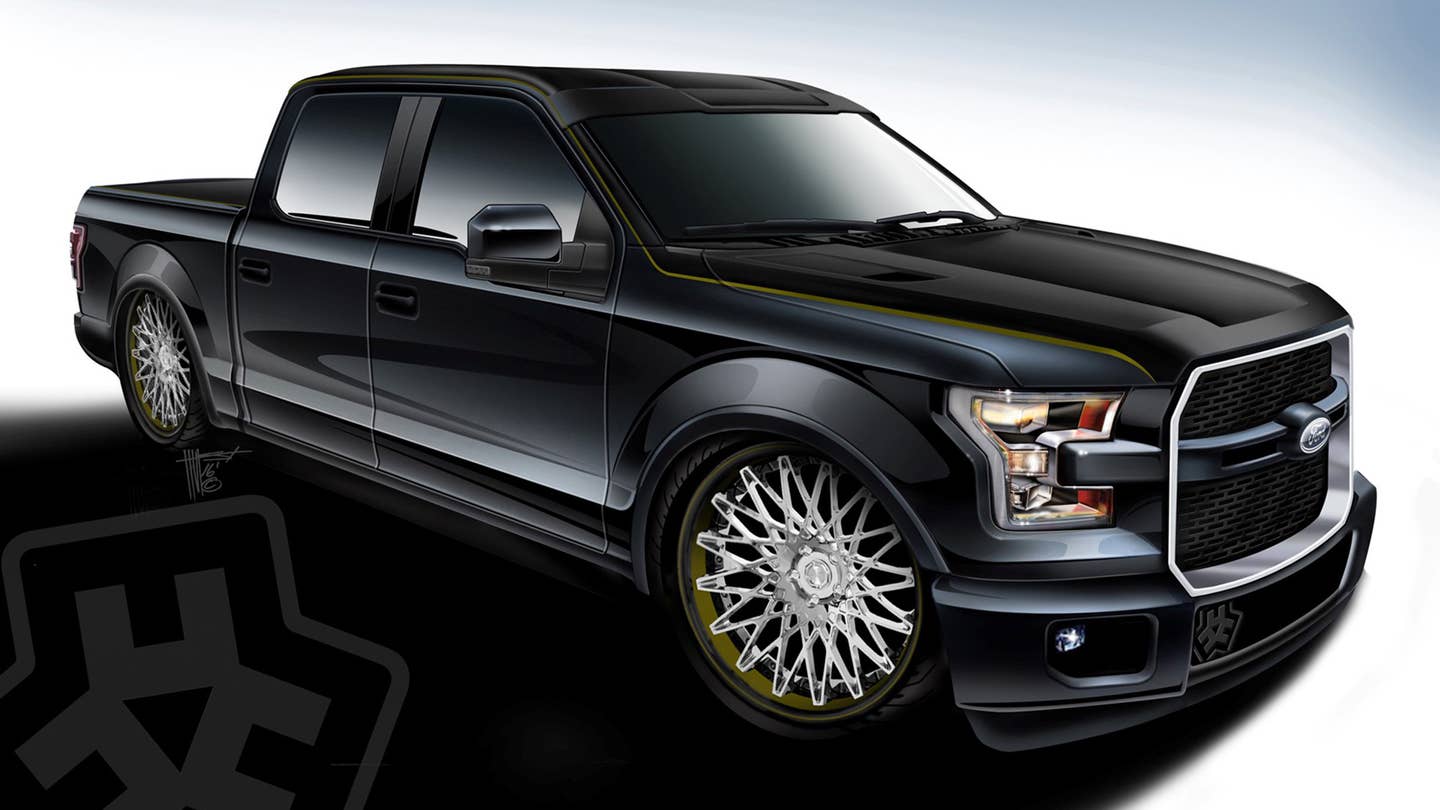 It sure is a gangbusters week for over-the-top Ford F-150s. Hot on the heels of Hennessey’s 600-horsepower six-wheeled VelociRaptor 6x6, Ford itself has revealed five custom trucks it’s bringing to SEMA—including a 750-horsepower supercharged F-150 that seems ready to own the streets.

That truck, which was built for Ford by Hulst Performance, owes much of that extra juice to a Whipple blower atop its 5.0-liter V8, but a catback exhaust also plays its part. The slammed stance comes courtesy of an air suspension setup and 26-inch Lexani wheels and tires; the exterior also picks up a heavily revised front fascia, while the interior receives a dose of Katzkin leather and a few Ford aftermarket goodies, like a subwoofer.

If the Hellcat-baiting Hulst F-150 seems made for the streets, the Bojix Design F-150 looks ready to climb some rocks. The twin turbos on the 3.5-liter EcoBoost V6 have been upgraded for more power, while Brembo brakes help slow the massive truck. A seven-inch lift kit and Fox Racing coilovers give the F-150 more altitude; motorized steps extend downward to help occupants climb aboard. And the Nardo Gray paint may be named after a race track, but it looks awfully good on this off-road rig.

Ford also created a second F-150 packing a Whipple supercharger, but unlike the low-riding look of the Hulst F-Series, the other blown truck is a Lariat model designed for—or at least inspired by—the BMX life. There’s a six-inch performance suspension setup with room that helps make room for 37-inch off-road tires, a menacing two-tone paint job, and of course, bike parts and GoPros galore.

Finally, there’s A.R.E. Accessories’s Gold Standard Ford F-150 Project Truck, soon to be better known as “the gold one with the bed cap.” Based on an F-150 XLT with the 3.5-liter EcoBoost V6, the not quite-Pittsburgh-liveried truck comes with a bed packed with gear like as a TV and a charging system. There’s a lifted suspension, LED lighting elements (and a new electrical system), and Ford-approved fender flares, wheel well liners, and stainless steel kick plates.

Ford also released a very short video previewing the five trucks, but be warned: It’s light on the details, and heavy on the dubstep.