All you gotta do is get to Utah. 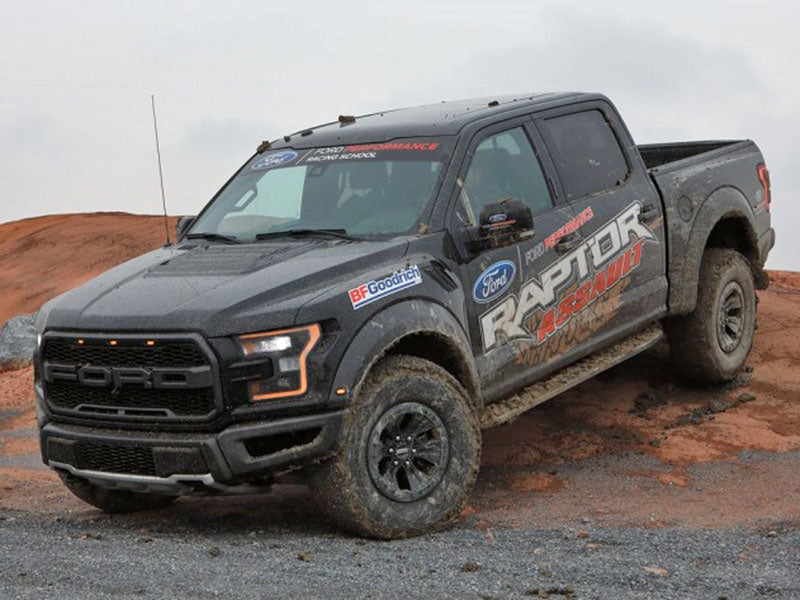 Get ready to hit some jumps. Ford is launching Raptor Assault, an off-road driving program that’s meant to teach owners the off-road capability of their trucks. The best part: It's free for all 2017 Ford F-150 Raptor owners.

The star of the show, of course, will be the 2017 F-150 Raptor, Ford’s newest off-road performance truck, based off America’s best-selling light vehicle. Of the truck's performance, Mark Ford III, Ford Performance marketing manager, said, “The all-new F-150 Raptor was designed to be the ultimate, no-compromise off-road pickup with its cutting edge internal bypass suspension, six-mode Terrain Management System and 450-horsepower EcoBoost engine with massive amounts of torque.”

Fortunately, new owners don’t need to worry about hurting their trucks; Ford will supply the Raptors, instruction, and safety gear. The only thing you need to worry about is getting to and from the school. Raptor Assault only lasts a day, but if you feel so inclined, there’s an optional Mustang GT performance driving school that you can sign up for at an additional cost.

If you’re one of the lucky new owners of the 2017 F-150 Raptor, head here to sign up for Raptor Assault. Why wouldn’t you?