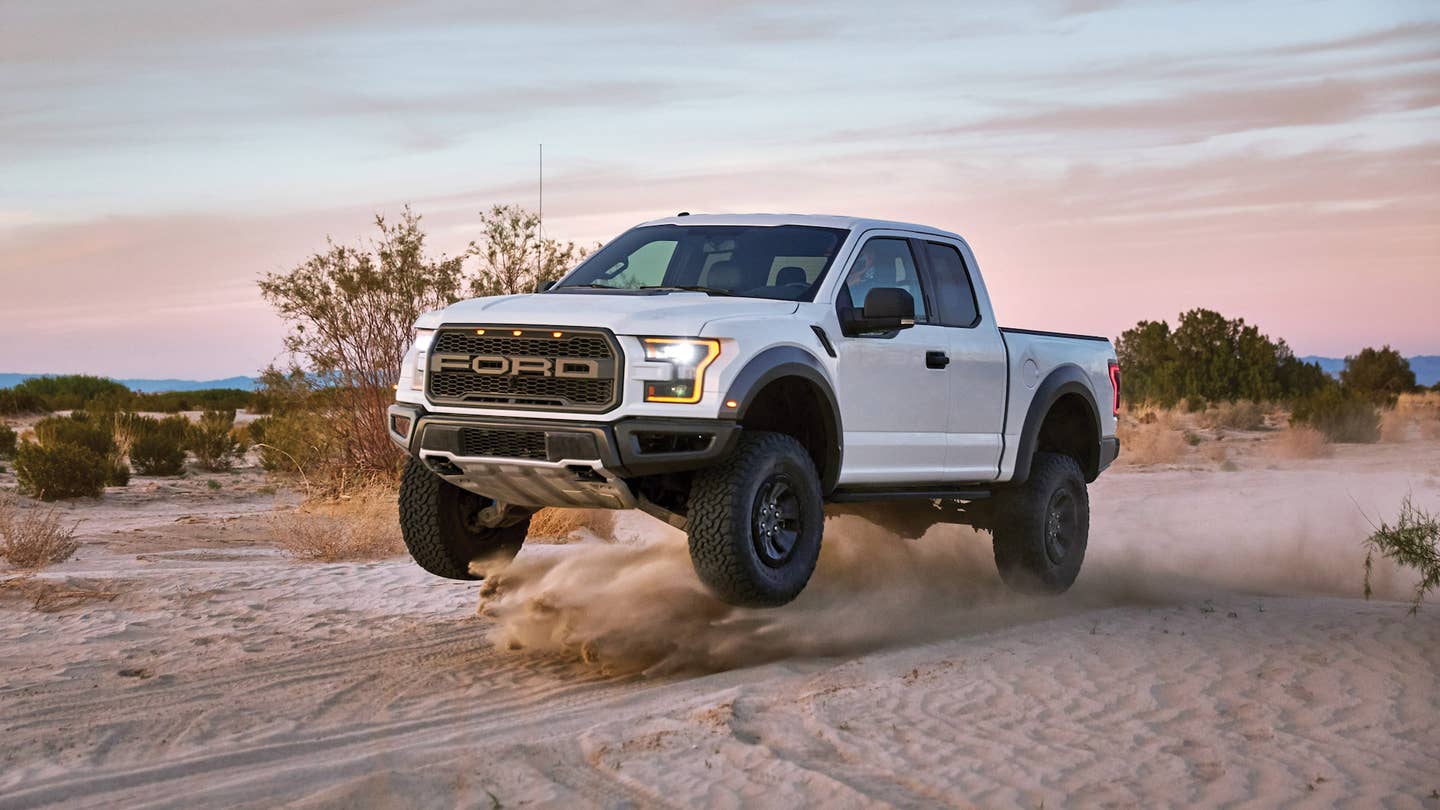 Early indications are that the next Ford Raptor will be an absolute hoss. Twin-turbo V6. Ten-speed transmission. Four wheel drive. Fox Racing shocks, 35-inch tires, skidplates, and all the other off-road kit you want. We’re still missing some crucial specs—namely horsepower and curb weight—but now that the truck’s gone on sale at dealers, pricing details are beginning to surface.

According to a Ford fleet PDF, originally uncovered by Autoblog, the SuperCab Raptor will start at $49,520, and the extended-wheelbase SuperCrew version at $52,505. Both those figures include $1,195 in destination charges.

The leaked document is less clear about options. Expect two basic packages, one entry-level ($3,158) and one with luxury equipment ($9,345). Individual components included therein aren’t listed, but expect interior niceties, plus features like blind-spot warning, auto high-beams, and a tailgate step. And we’d wager that the technology pack, which runs another $1,950, will bring a 360-degree camera, lane-keep, and some towing goodies.

Budget out for the inevitable standalone options, and a fully-loaded Raptor SuperCrew is likely to land in the $65,000 to $69,000 range.