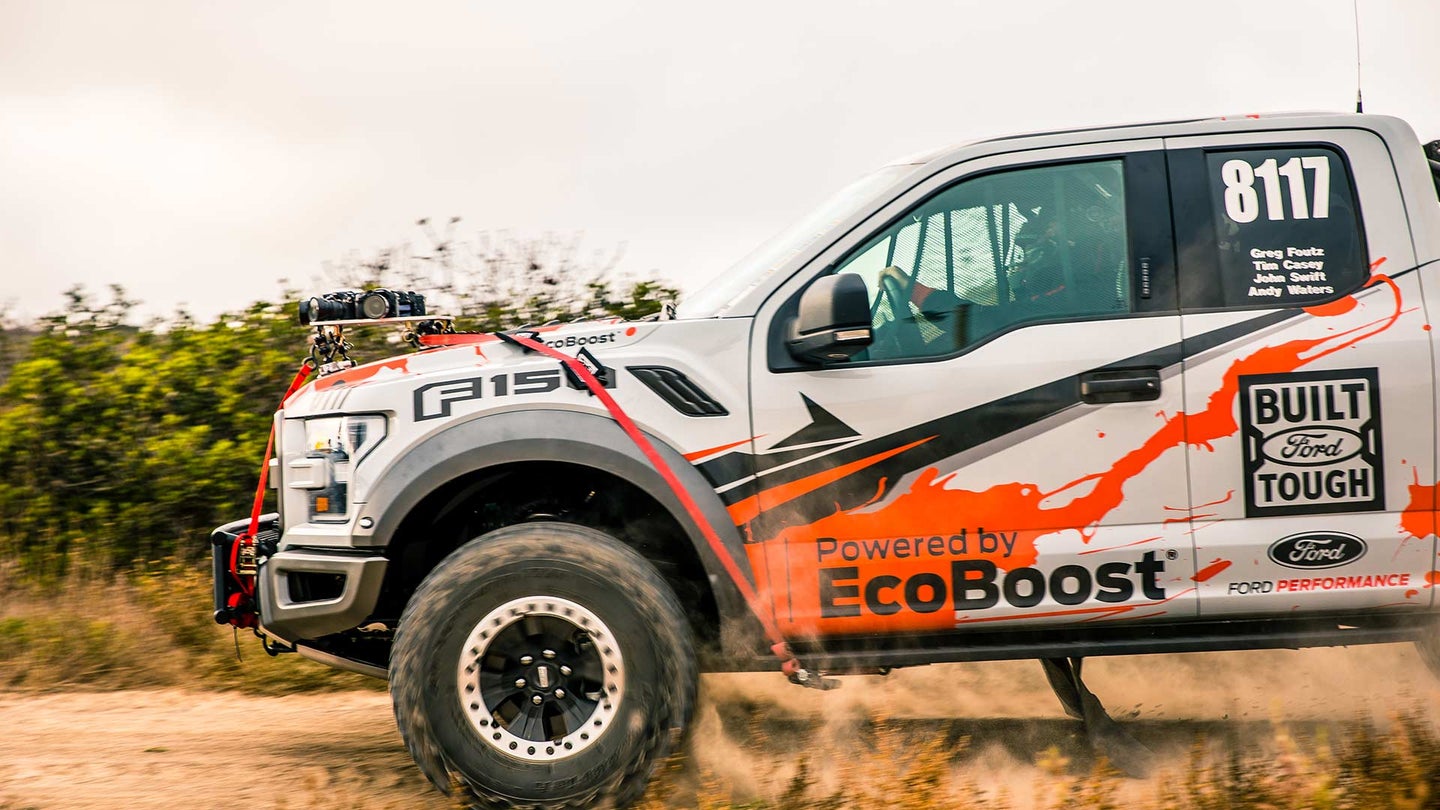 Last November, Ford Performance participated in the Baja 1000 with the all-new 2017 Ford F-150 Raptor. The F-150 Raptor was entered into the stock class and raced a grueling 850 miles across Mexico. This isn’t the first time Ford has raced a stock Raptor in the competition, but it is the first time an EcoBoost engine was put through its paces in the event. The twin-turbocharged 3.5-liter EcoBoost V6 making 450 horsepower and 510 lb-ft of torque allowed the Raptor to place third in the stock class.

As a way to give the public a feel for the brutal journey, Ford Performance has released a virtual reality (VR) video of clips from the Baja race. The VR footage allows viewers to navigate a 360-degree view of the action and ride along with the drivers as they traverse the harsh terrain. (Ford also makes sure to mention that there was a fleet of Raptors, other F-150s, and Super Duties following the stock Raptor to perform pit stops and fuel-ups for the drivers.)

We understand this might not be the best VR video out there, but it serves as a great inside look at the violent testing the 2017 Ford F-150 Raptor went through before it hit the showroom floor.

If you love trophy trucks, check out this video!

How to Drive the Baja 500 in One Easy Lesson

Chris Cantle goes from the tarmac to the second-most grueling off-road race in the world. Will he survive?

The Ford Raptor Gets A “Baja” Mode, the Grand Cherokee Trackhawk, a Nose Job: The Evening Rush

Plus, a portable hot tub and Nixon watches for 60% off.