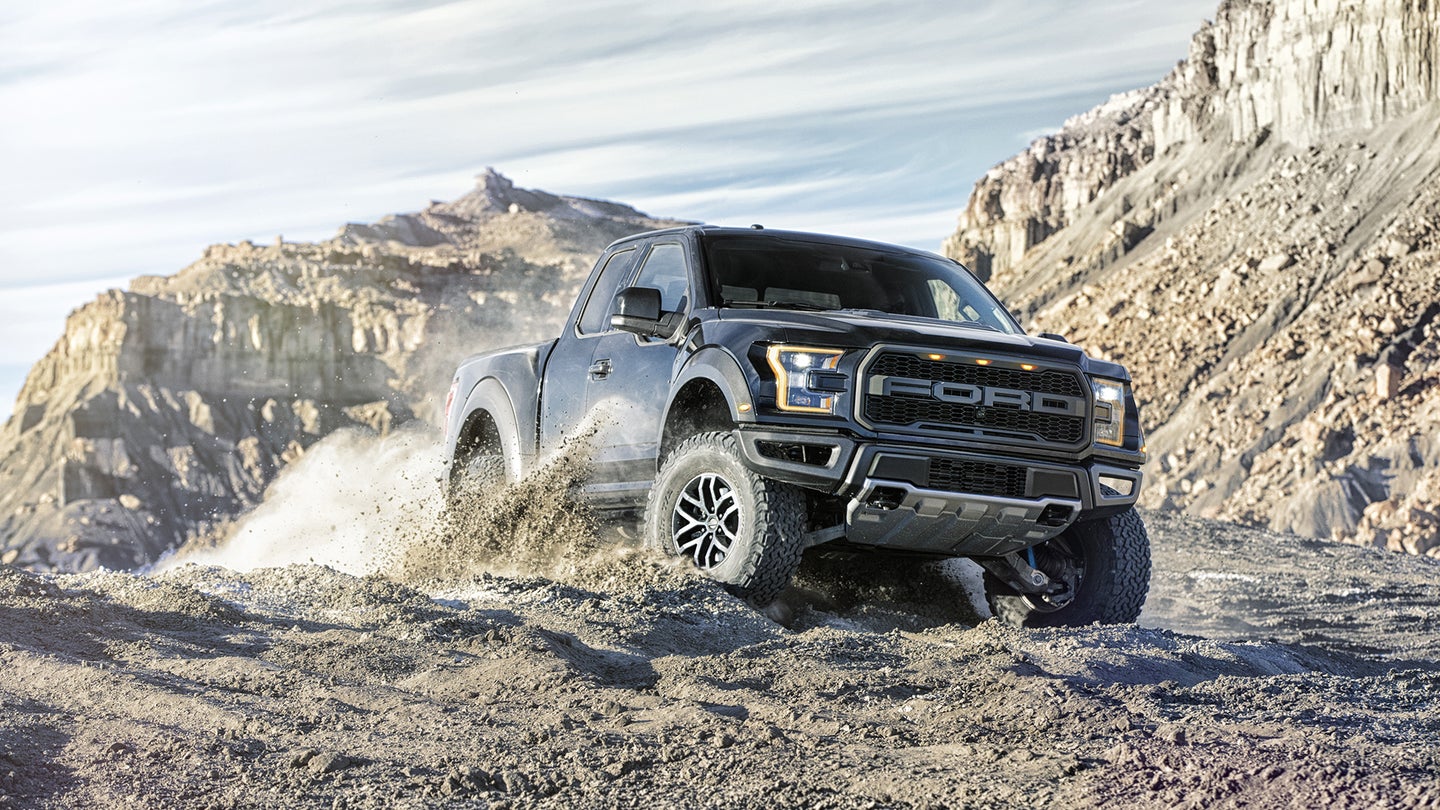 Once upon a time, the word "raptor" had pretty much one connotation in popular culture: a bird of prey, like a falcon, eagle, or hawk. Then came a little novel called Jurassic Park...followed by an equally little film by the same name. By the summer of 1993, "raptor" had become synonymous with six-foot-tall carnivorous dinosaurs smart as chimpanzees and fast as cheetahs—a thought as terrifying as it was exaggerated.

But the Jurassic Park films eventually faded out, as franchises were prone to doing in the pre-Marvel Cinematic Universe era. So by the time Ford was looking to pick a name worthy of its badass street-legal Baja truck in the late Aughts, "Raptor" seemed prime for the taking. Since then, the F-150 SVT Raptor has become an icon of its own; any off-road pickup worth its shocks winds up compared to the Ford in one way or another.

So when the Jurassic Park franchise came roaring back (pun intended) in the year 2015 with the international blockbuster Jurassic World, just as Ford was preparing an all-new generation of F-150 Raptor...sparks were almost guaranteed to fly. And when sparks fly between giant companies, lawyers are bound to be close behind.

Which is a long-winded explanation designed to bring us to the news that serves as the crux of this article: As it turns out, the Ford Motor Company and Jurassic Park franchise-holder Universal Pictures are indeed engaged a legal discussion over the "Raptor" trademark.

Oddly enough, this was originally brought to our attention in a blog post published by Michael Lee, one of the founding partners of law firm Morrison/Lee. Curious to learn more, The Drive reached out to Ford for further information. Sure enough, Ford spokesperson Bradley Carroll was quick to respond.

"We continue to have conversations with Universal over the use of the Raptor trademark, specifically when it comes to the use in naming of toy vehicles, which Ford already has in the marketplace," Carroll told The Drive. "We anticipate we will reach an agreement that will work for all parties involved."

But to hear Carroll tell it, the legal rumble between FoMoCo and Universal isn't exactly the corporate equivalent of a T.rex and a Velociraptor battling a gene-spliced super-predator. "There isn’t a dispute, just folks trying to clarify the use of “Raptor” on toy vehicles," he said, adding that it sounded like the talks were likely to wrap up in the near future.

So since you've read this far...here's a T.rex and a Velociraptor battling a gene-spliced super-predator.