Now the Ford Raptor’s capability has no bounds. 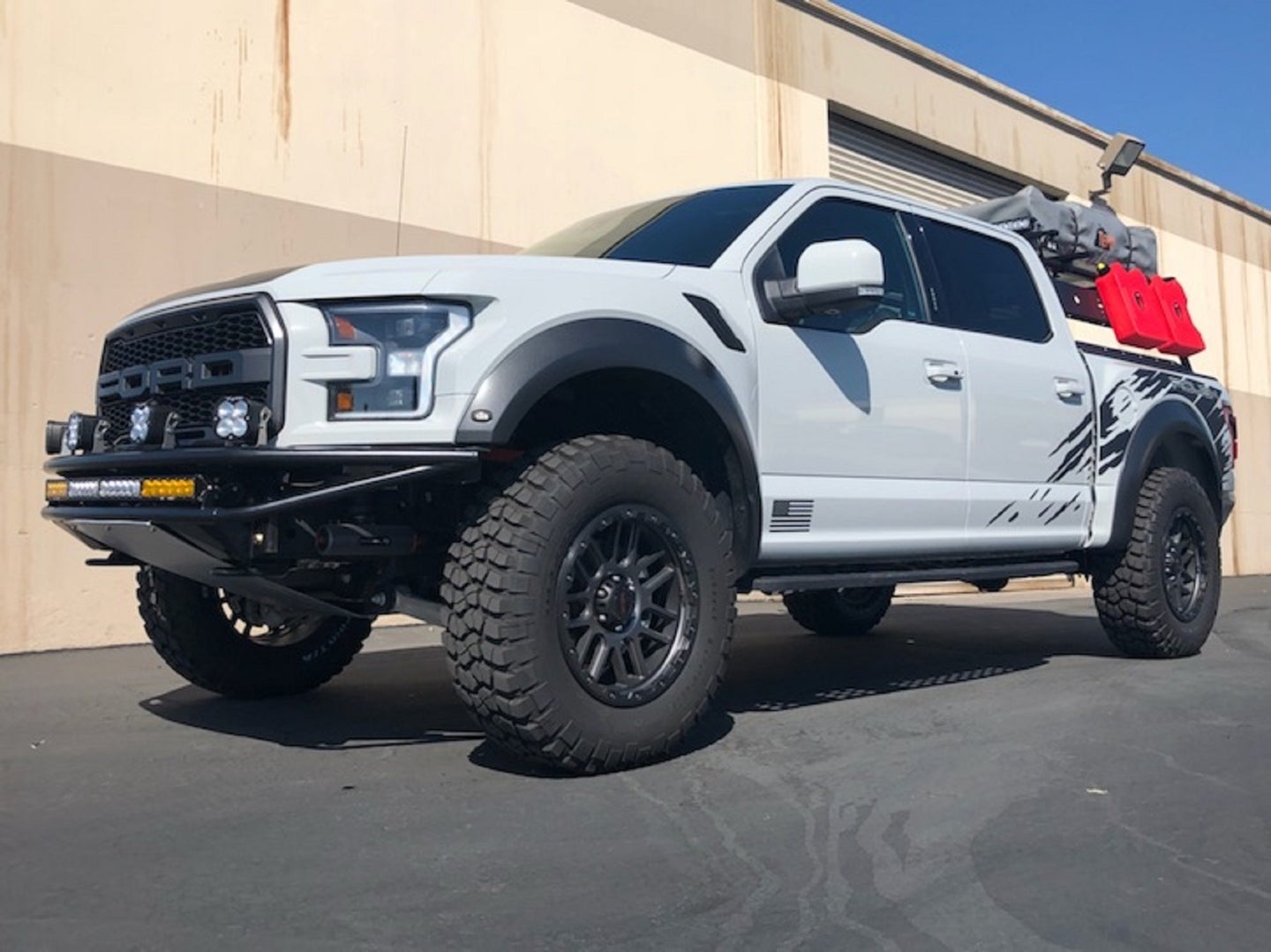 It is hard to find any car enthusiast who doesn't have a soft spot for the Ford Raptor. Not only are fast trucks awesome, but who doesn’t like the name Raptor. It’s raw, it’s visceral, and it’s totally Jurassic Park. We all know the Special Vehicles Team at Ford brings in when they put together a special edition. Remember how earth-shattering the Terminator Cobra was? Or the slick, side-exhaust action of the Lightning pickup truck?

They’re bringing the heat once again with the Raptor but aftermarket tuning company Roush is set to kick it up a notch. Roush teamed up with RPG Off-Road to product a one-of-a-kind SEMA special Raptor. And as with all things Roush, it’s got more power, greater handling capabilities, and braggadocious badging.

The team’s idea was to build a truck that could wreak havoc on the streets as well as tear up the backwoods. To do it, they brought off-road upper control arms, tie rods, rear leaf springs and a frame support kit. That beefed up suspension helps handle the added weight from protection upgrades like an RPG Off-Road Overlanding Conversion, front and rear bumpers, and a chase rack. To give it that desert-racing style, they added a ton of lighting upgrades from Baja Designs.

Four BF Goodrich 37-inch KM2 tires help get the EcoBoost power to the ground. Roush did a little showing off in the engine compartment, adding its Performance Pac Level 1 kit. That pushed up the power to 500-horsepower to go along with 562 foot-pounds of pavement-twisting torque.

The team put the truck together for SEMA. It was on display all week in Roush’s booth at Ford Out Front. I don’t know about you, but something about an egregious, over-the-top performance truck gets me all fired up. This is exactly the sort of thing I bet Ford had in mind when they brought back the nameplate.