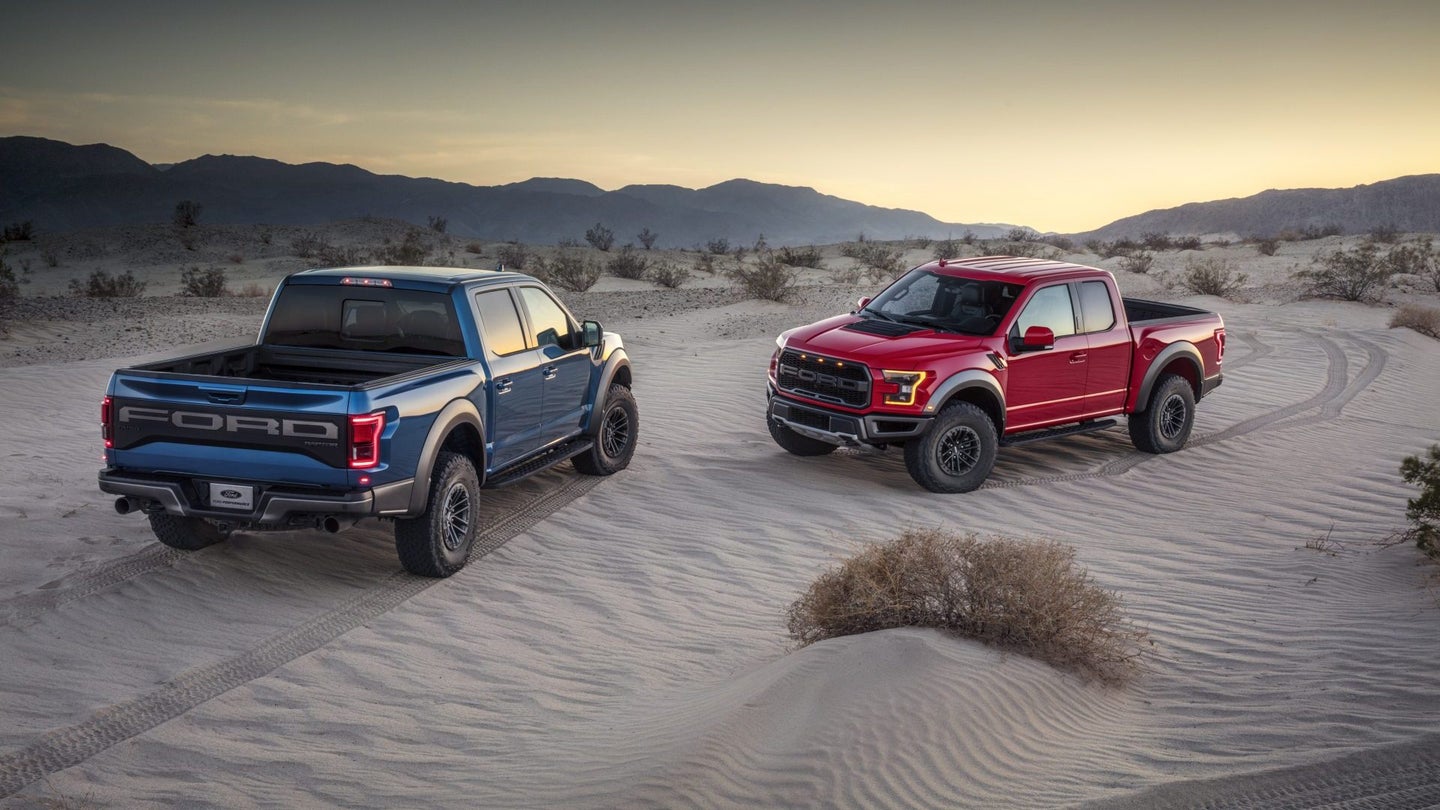 What's New: The 2019 F-150 Raptor rocks Fox shocks, "Trail Control" driving mode, and Recaro bucket seats, embroidered with the Raptor logo. Ford contracted Fox to work over its existing internal bypass shock absorbers, and the two came up with electronically-controlled active shock valving, which will adjust to the current or anticipated needs of the truck, fed by information from the vehicle's sensors. The active shocks maintain grip levels and prevent bottoming-out in situations where static shock absorbers could fall short.

The "Trail Control" is described by Ford as cruise control for low-speed off-road travel, and can operate at speeds from one to 20 mph. Torque and brake vectoring are used to maintain grip and control on all surfaces, and can smooth the process of climbing hills and descending them again.

Ford confirmed to The Drive in an email that the new Fox shock absorbers are standard equipment and replace the 2018 component entirely. It declined to speak of whether the truck's price will increase as a result of the uprated parts.

Quotable: "By automatically varying compression rates, Raptor can now make the most of its suspension travel of 13 inches at the front and 13.9 inches at the rear," stated Hermann Salenbauch, director of Ford Performance. "The 2019 Raptor is not just more capable off-road. It’s smarter.

"Not many trucks need sensors to detect when you are midair; Raptor sets the dampers to full stiffness to help smooth shock performance as the truck lands."

What You Need to Know: With automakers reacting to consumer demand for ever-swelling vehicles, the off-road truck market is at a feverish boil. Chevrolet, Jeep, and Toyota all produce convincing competitors to the F-150 Raptor, and the waters may further be muddied by a rumored Hellcat-powered Ram and Ford's own smaller Ranger Raptor. The Ranger Raptor has not been officially confirmed as a U.S. market vehicle by Ford, but the blue oval has displayed coy positivity with regards to the possibilities of the truck making it stateside.