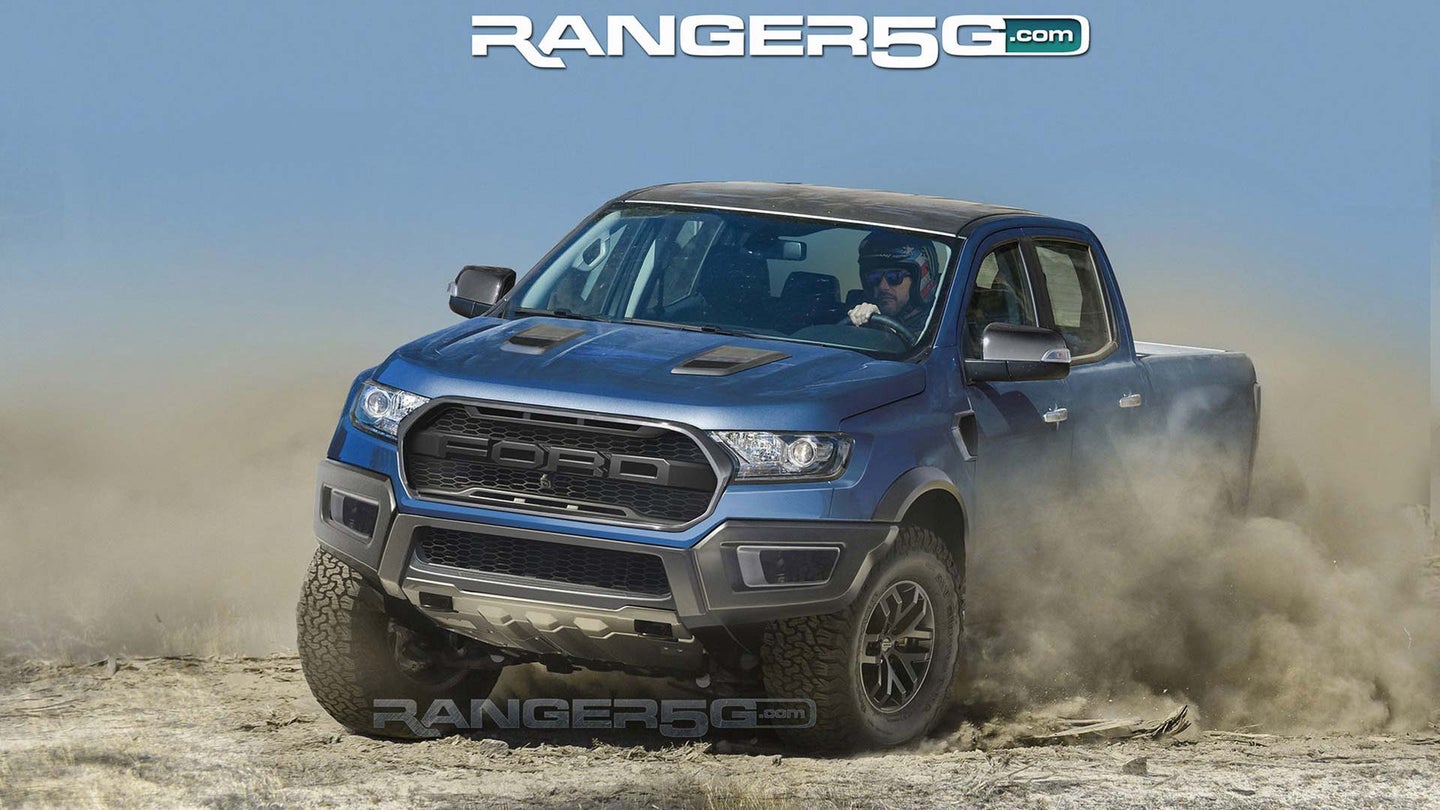 The Ford F-150 Raptor is one hell of a truck, with one hell of a price tag. Starting just less than $50,000 but quickly sailing above that, it may be hard for many off-road enthusiasts to shell out the cash required to drive one off the lot—let alone onto some dunes. Fortunately, Ford will be creating a Raptor of the new Ford Ranger—and as you can see in the video and mocked-up images from Ranger5gforum.com below, it's probably gonna look awesome.

Sadly, it looks like the Ranger Raptor will make its debut in Australia next year, way before a possible U.S. debut. We can confidently say this only because the standard Ford Ranger isn't slated for a U.S. reveal until 2019. At this point in time, details are limited about the new Ranger. Although we can expect at least one EcoBoost engine option, horsepower numbers are a little hard to guess at this point. The real excitement is around the possibility of having a diesel version of the Ranger Raptor. This idea isn't too far fetched, when you admit a Ranger Raptor would be a direct attack at the current Chevy Colorado ZR2 that offers an oil-burner of its own.

If we want to play the hypothetical game, a tuned-up version of the 2.7-liter EcoBoost V6 currently found in the F-150 would make sense for a Ranger Raptor. The engine isn't exactly a monster in size, it's light, and can easily be tuned for either power or torque. The current 2.7-liter makes 325 horsepower and 400 lb-ft of torque, and Ford can easily adjust things to up the output where they see fit. Another option could be the 2.3-liter inline-four found in the Mustang, but I have a sneaky feeling that won't be the case.

On a side note, did anyone else notice Ken Block is "driving" the Ranger Raptor in the images below?