Many have been eagerly awaiting the return of Ford's small truck to the lineup. Here it is. 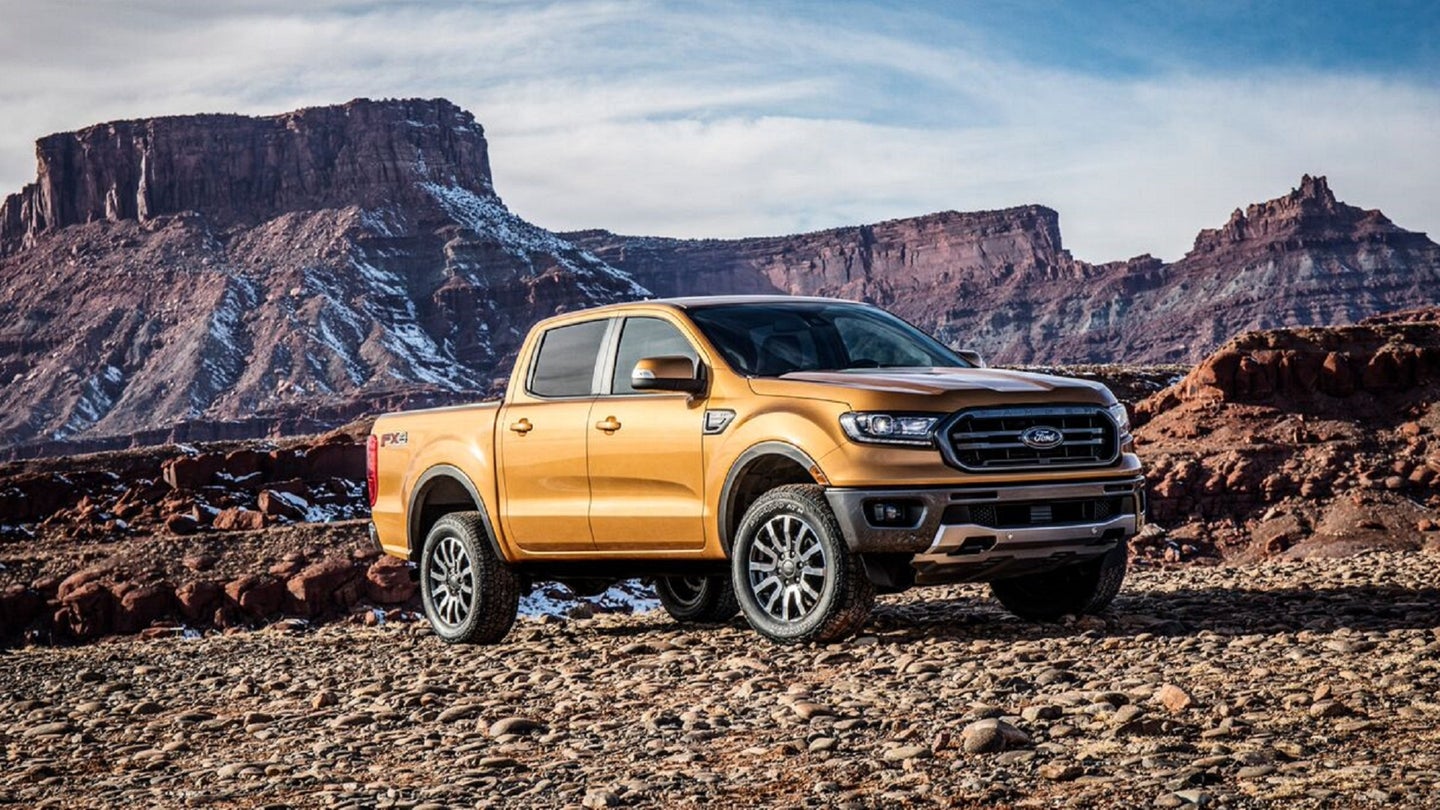 Not to be outdone by the Chevy Silverado, Ford has just revealed their own new pickup, the long-awaited 2019 Ranger.

The Ranger never went away in other parts of the world. For example, in 2016 Mighty Car Mods reviewed the then-new Ranger in New Zealand. But at the time, the Ranger was forbidden fruit in the U.S. At the end of our Ranger's run, there was little reason to buy one when a low-end F-150 cost the same. But there has been a resurgence of interest in smaller pickups thanks to the Toyota Tacoma that never went away and the Chevy Colorado/GMC Canyon twins. Ford has decided to re-enter the mid-sized truck market by bringing back the Ranger.

Details were just revealed on Sunday. The new Ranger will be powered by Ford's 2.3-liter EcoBoost engine and 10-speed automatic transmission, a first for the mid-size truck segment. "Ranger’s proven 2.3-liter EcoBoost provides a torque target on par with competing V6 engines, but with the efficiency of a four-cylinder," said Hau Thai-Tang, Ford executive vice president, Product Development and Purchasing. "When you pair that with its 10-speed transmission, you’ve got one of the most versatile, powerful and efficient powertrains in the segment." Power is distributed through Dana Trac-Lok differentials on both rear-wheel-drive and four-wheel-drive models with an available electronic-locking rear differential, which is standard on FX2 and FX4 models. It also offers a true four-wheel-drive system, with two-high, four-high, and four-low ranges available.

The Ranger will be available in SuperCab extended cab or SuperCrew four-door configurations, with Ford's familiar XL, XLT, and Lariat trims available. Inside the Ranger will seat up to five people. An available 8-inch touchscreen controls Ford's SYNC3 system which features Apple CarPlay, Android Auto, and Amazon Alexa functionality. The instrument panel features dual LCD screens to monitor all of the truck's vital information.

The popular FX off-road package returns for the Ranger with off-road-tuned shocks, all-terrain tires, a frame-mounted heavy-gauge steel front bash plate, frame-mounted skid plates, and FX4 badging. It features a Terrain Management System similar to the F-150 Raptor with four distinct drive modes—normal; grass, gravel and snow; mud and ruts; and sand. Trail Control handles power and braking to each individual wheel to allow drivers to focus on steering along the course.

Everything we liked about the old Ford Ranger appears to be back for the new model with the addition of modern technology and conveniences we have come to expect. We look forward to seeing it for ourselves.