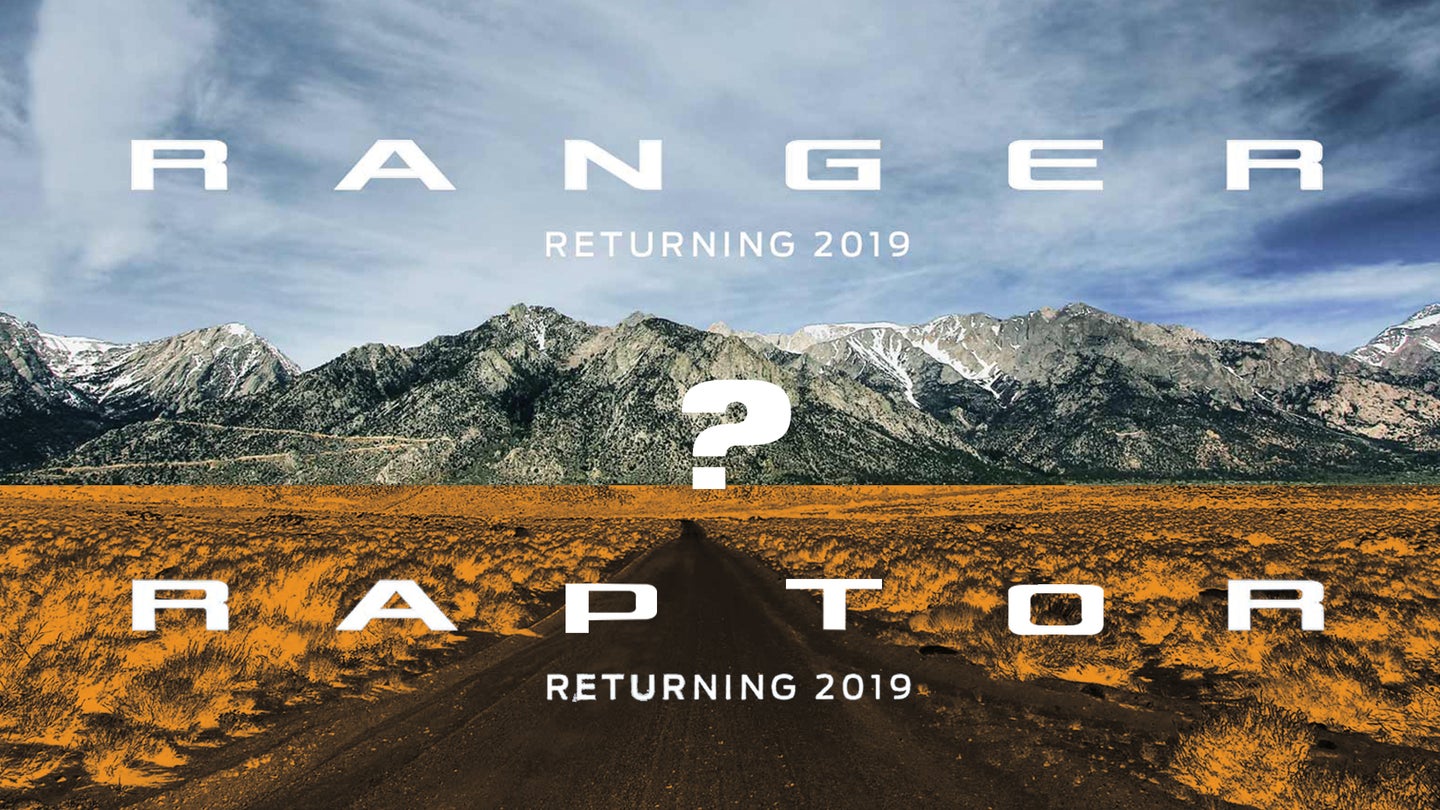 Many of you already know Ford has opted to restart production of the Ford Ranger,  a popular mid-sized pickup. The Ranger has been getting a lot of attention as America has fallen back in love with the smaller truck market. Take the Chevy Colorado and Toyota Tacoma for example, both trucks do well in the pickup community and both have offroad packages available. Unfortunately, Ford has been out of the mid-size truck game for seven years now and people (The Drive) are starting to ask questions.

The Ford Ranger is already projected to be released in late 2018 but new spy shots obtained by Car & Driver show a possible offroad version of the mid-sized truck. Ford is very familiar with the offroad truck segment as its Ford Raptor is the talk of the town and for good reason. In the spy shots, you can see a more tucked away front and read bumper, fender flares, thicker control arms and other all-terrain goodies.

The direction in which Ford would take this potential offroader is unclear, thus the engine options are also up for grabs. If Ford intends to follow the Ford F-150 Raptor speaks, we can expect to see more of a high horsepower EcoBoost engine, but if they intend to focus on rock crawling, we would most likely see a four-cylinder diesel or naturally aspirated V6.