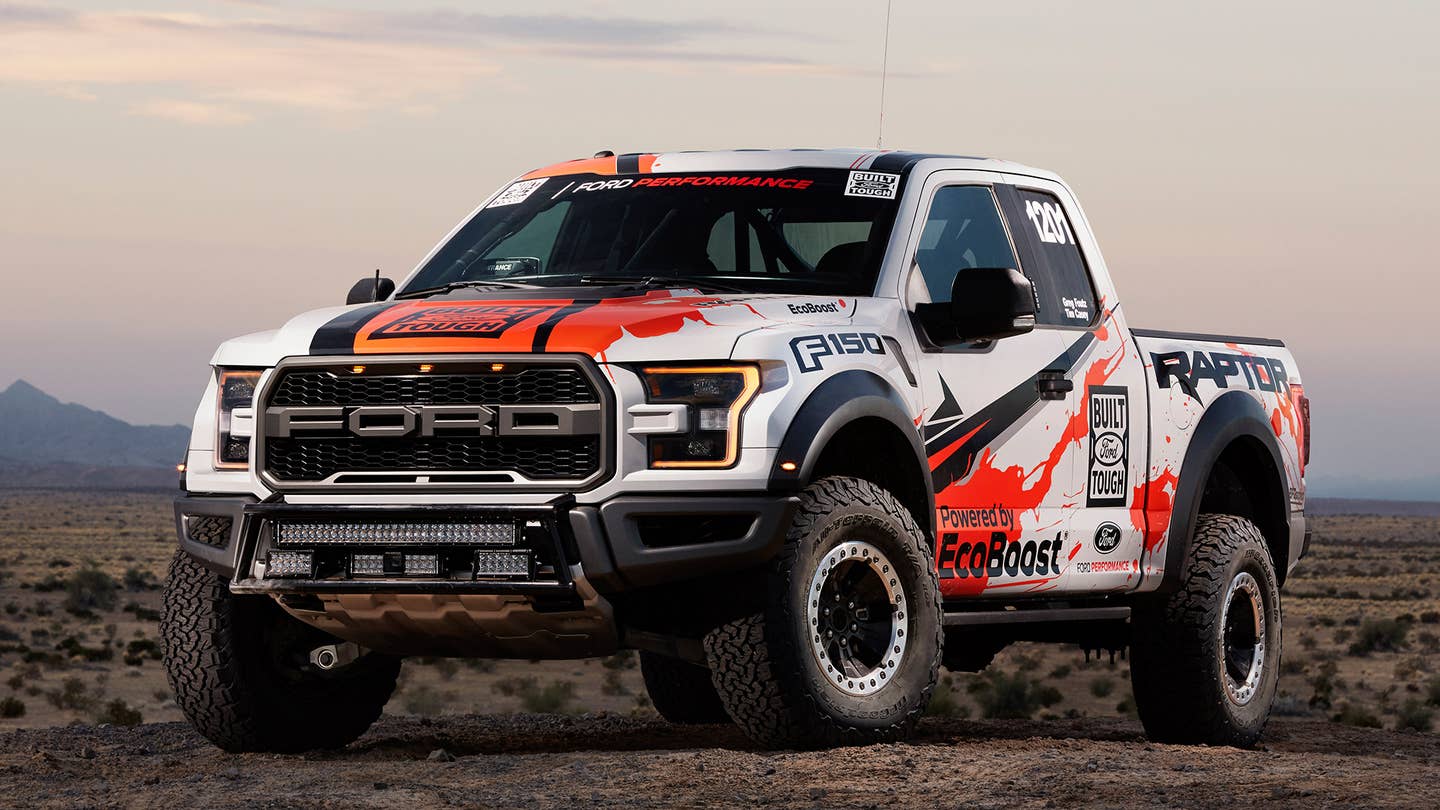 Here are the main differences between the stock 2017 Ford F-150 Raptor and the version Ford will be racing in the Baja 1000 this November:

That’s it. That’s all that Ford added.

Okay, the carmaker tweaked the springs and shocks a bit to handle the extra weight of the fuel cell and cage. But that’s it. Because the new F-150 Raptor, it seems, is just that much of a B.A.M.F.

It certainly seems to be on paper. As we all should know by now, Ford traded in the old Raptor’s naturally-aspirated 6.2-liter V8 for the latest version of the 3.5-liter EcoBoost V6, which has been cranked up to 450 horsepower and 510 lb.-ft of torque for Raptor duty. That power zips to all four wheels through the new 10-speed automatic transmission jointly developed by Ford and GM, which we’re sure is as uncofmortable a thought to all those new F-150 owners as it is to the Chevy die-hards with their Camaro ZL1 orders in.

When the 2017 F-150 Raptor hits the dirt on November 16th for the Baja 1000, it’ll be following in the tread patterns of its predecessor. In 2008, the previous-generation truck covered the 631-mile course in a hair more than 25 hours and 28 minutes. But with the added power and a decade of technological advances crammed into the new model, it could put the old truck to shame.

“There are an extra two inches of wheel travel,” driver Greg Foutz said in a press release, in which he extolled the virtues of the new truck.

Foust will be no stranger to either the Baja 1000 or the new Raptor when he climbs behind the wheel in a couple weeks for the big race; he has four Baja 1000 victories to his name, and has already driven the 2017 F-150 Raptor in multiple off-road races so far this year.

Whether the new F-150 Raptor will help Foust claim a victory in the 49th running of the iconic race, however, remains to be seen. But we’ll know by November 20th.