Criminals beware: Hiding off-road is no longer an option. 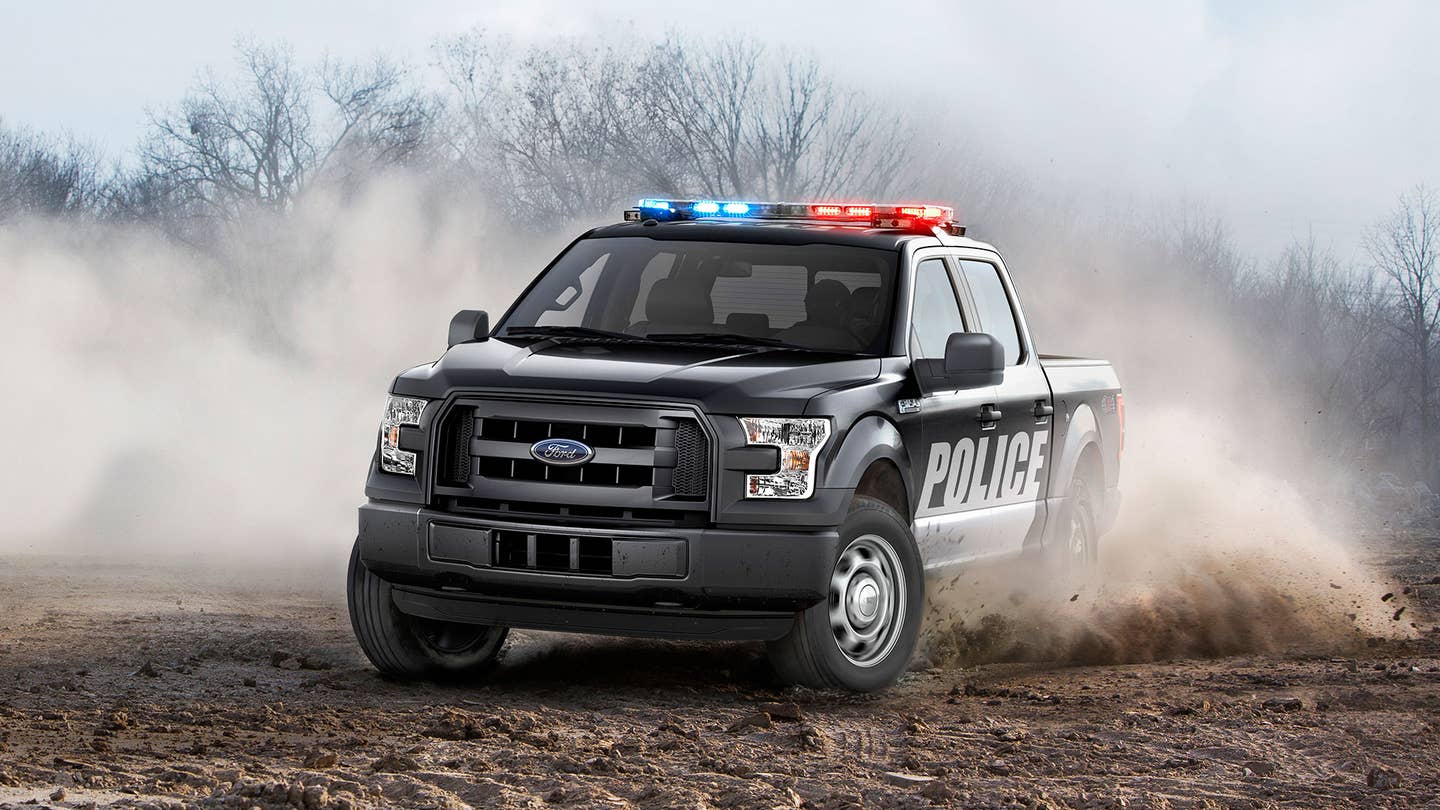 The already significant Ford F-150 lineup is getting a new addition. It's called the F-150 Special Service Vehicle, and it is awesome—but unless your job requires carrying a badge and a gun, you probably won't be hopping behind the wheel anytime soon. Ostensibly, the Special Service Vehicle is designed for any fleet customers interested in a no-frills work rig. But the images Ford released make it pretty clear the carmaker had the fuzz in mind when it whipped up this particular F-Series.

The biggest differences between the Special Service Vehicle (SSV) and the rest of the F-150 family are the details designed to make life easier for the specific needs of cops and other fleet customers. A heavy-duty 240 amp alternator helps ease the strain on the engine that comes from long periods of idling. The center seat in the front-row bench has been yanked, enabling buyers to install job-specific aftermarket accessories like laptop stands, gun racks, small espresso machines, etc. And both the floors and the rear bench are upholstered in vinyl to facilitate clean-up when the backseat passenger decides to expel one or more bodily fluids.

Anyone hoping to outrun the 5-0's new pickup is likely to find themselves SOL, as the SSV's engine choices are skimmed straight from the top of the F-150 lineup. Buyers can choose between the naturally-aspirated, 5.0-liter V8 that cranks out 385 horsepower and 387 lb.–ft., and the twin-turbo, 3.5-liter EcoBoost V6 that makes 365 horses and 420 lb.–ft. And like most other F-150 models, the SSV comes in a choice of two- or four-wheel drive and SuperCab- or SuperCrew configurations. (That's extended cab and crew cab, for those not fluent in Ford-speak.)

Ford's press release did not mention if the puppy seen in the photos will be offered as a factory accessory.