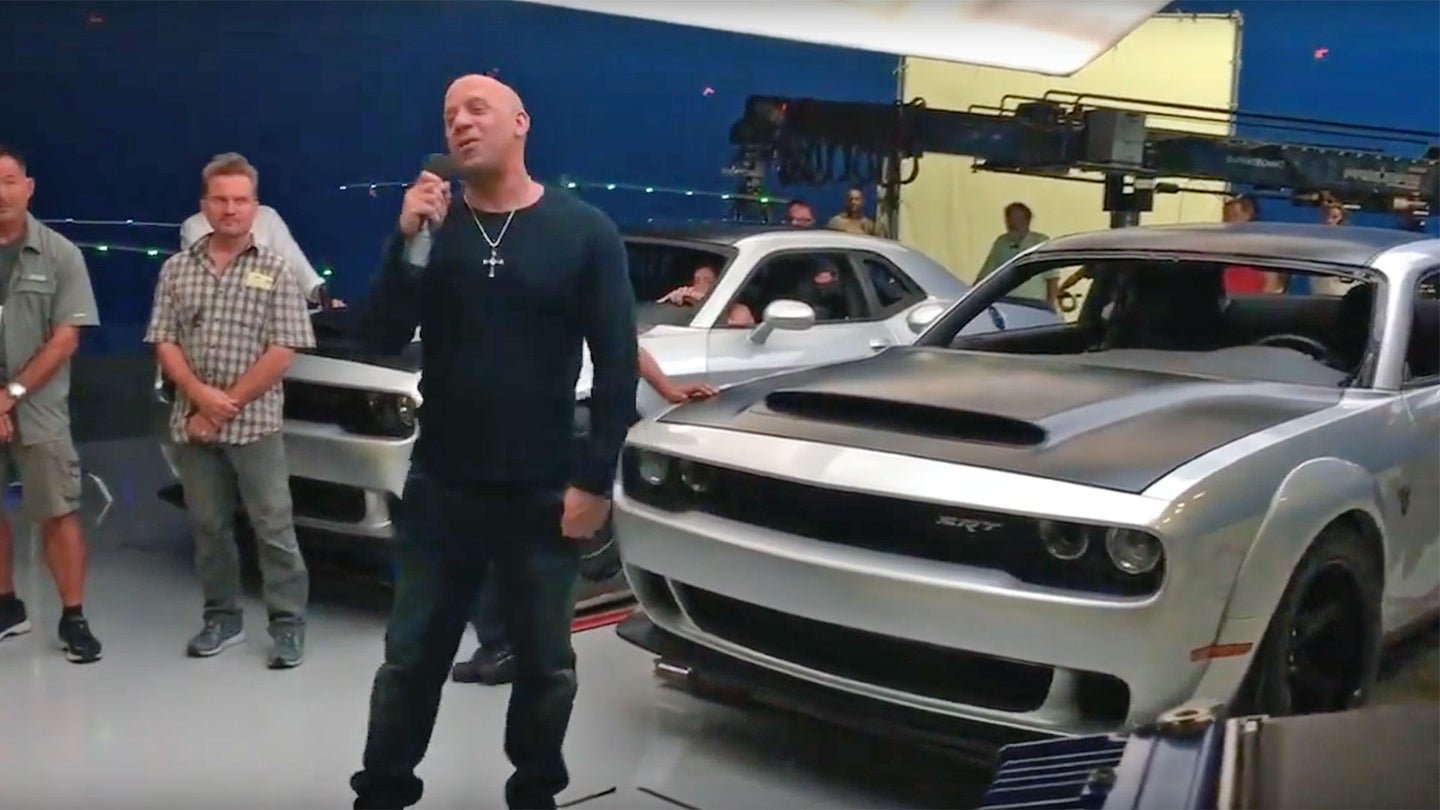 Dodge only began officially teasing the forthcoming Challenger SRT Demon last week, but many in the automotive world have suspected that those first few video teasers were not actually our first peek at the next variant of the Mopar muscle car. No, many of us believe that came in the first trailer for Fate of the Furious, the eighth installment of the Fast & Furious franchise that's due in movie theaters later this year. That trailer offered up a couple glimpse of the protagonists blasting around in silver Challengers with flared fenders and other visual accoutrements. If those cars are indeed Dodge Demons, then the behind-the-scenes video below gives us our best look at the car yet.

The video, which was uploaded to a YouTube account called Insta FOXtv and dug up by Autoweek today, shows Fast & Furious star Vin Diesel saying thank-you to what seems to be the Atlanta-based portion of the new film's crew. Behind the employees, however, sit a pair of Dodge Challengers that seem identical to the ones from the trailer...and very much unlike any currently sitting in Dodge showrooms. And it seems unlikely the crew members building custom cars for the movie would go to the trouble of adding U.S.-required amber retroreflectors to those swollen fenders, which makes us think Dodge has every intention of putting this car into production.

The broad hood scoop on the cars is the clearest give-away; it looks damned similar to the one in the CGI Demon seen in the video Dodge released earlier today. But a close look at the cars' flanks also seems to hold a clue: it's hard to be sure, but the dark form of the badge behind the front wheels seems to bear more resemblance to the new Demon logo than anything else usually found in that spot.

The above screenshots come directly from the video, so you don't have to sit through Diesel's four-minute monologue to the crew. (TL;DR: He's #blessed.) But if you really want to peer over the whole thing, you can check it out below.