And the Fast 8 crew is taking The Rock's side. 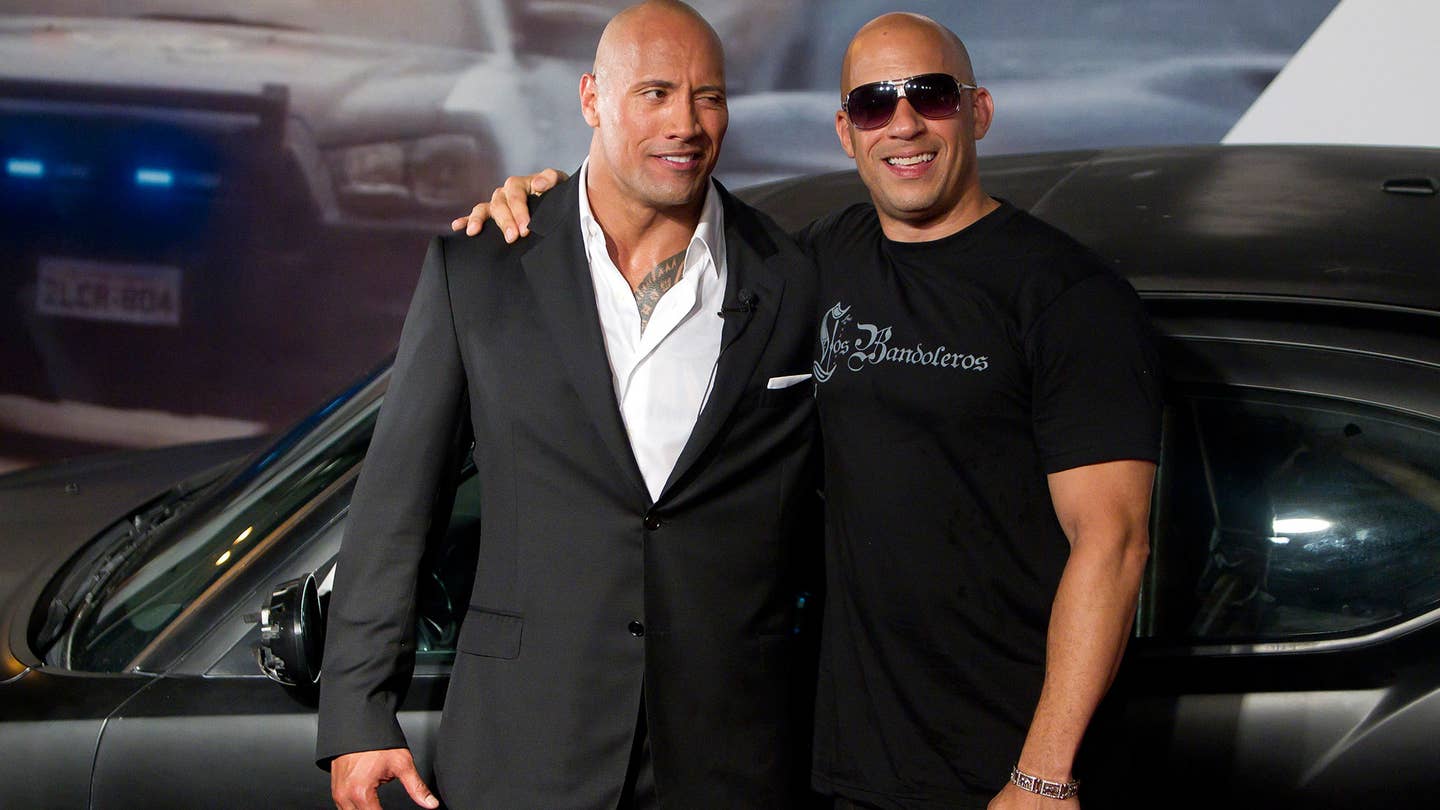 If TMZ is to be believed, Vin Diesel is the unprofessional “chicken shit” that inspired Dwyane “The Rock” Johnson’s rant earlier this week. The gossip site claims the two had a secret meeting right after The Rock’s diatribe went live, but it ended poorly. Now, the Fast 8 crew is taking sides—and none of them are #TeamDiesel.

Allegedly, Johnson was upset with Diesel’s lackadaisical work ethic, with Diesel turning up to set more than 30 minutes past his call time and sometimes making the crew wait up to an hour to start a shot. Was he caught in traffic? Or held up dealing with a different element of the filming, since Diesel was given a producer credit on the latest film in the Fast & Furious franchise? Nope. He was reportedly just sitting in his trailer, refusing to come out.

Diesel also moved call times on Mondays from 7am to 10am simply because he could. His ego reportedly ballooned with his new producer title, as well, which led to him giving other actors notes criticizing their performances. Needless to say, the crew—and The Rock—weren’t feeling it, leading up to Johnson’s explosive social media posting.

TMZ claims the crew of Fast 8 loves Johnson, saying, “He's the ultimate professional who is always on time and always nails his scenes. They also say he's easy to work with.”

Yesterday, Diesel posted a cryptic Instagram video. In it, the 49-year-old actor begins talking about finally coming home from being on the Fast 8 set for the first time since Christmas and finding out that his daughter Pauline learned a new word: happy. He goes on to say that “Happy kind of described my spirit, my soul, and most people who stay positive.” Then things take a bit of a weird turn; Diesel promises to “tell you everything. Everything,” but he drags out the final word before cutting the video. Is that a shot across The Rock’s bow? Who knows at this point. Judge for yourself from his post below:

Diesel has at least one ally within the cast: Tyrese Gibson. Gibson uploaded a snap of himself and Diesel with a novel of a caption that included the words, “I've always said that if ONLY people knew how hard you work to protect this franchise and characters, minds would be blown," adding, "I'm so fucking proud to call you my family and my brother.” Lastly: "If no one else will jump out there and stand up I will."