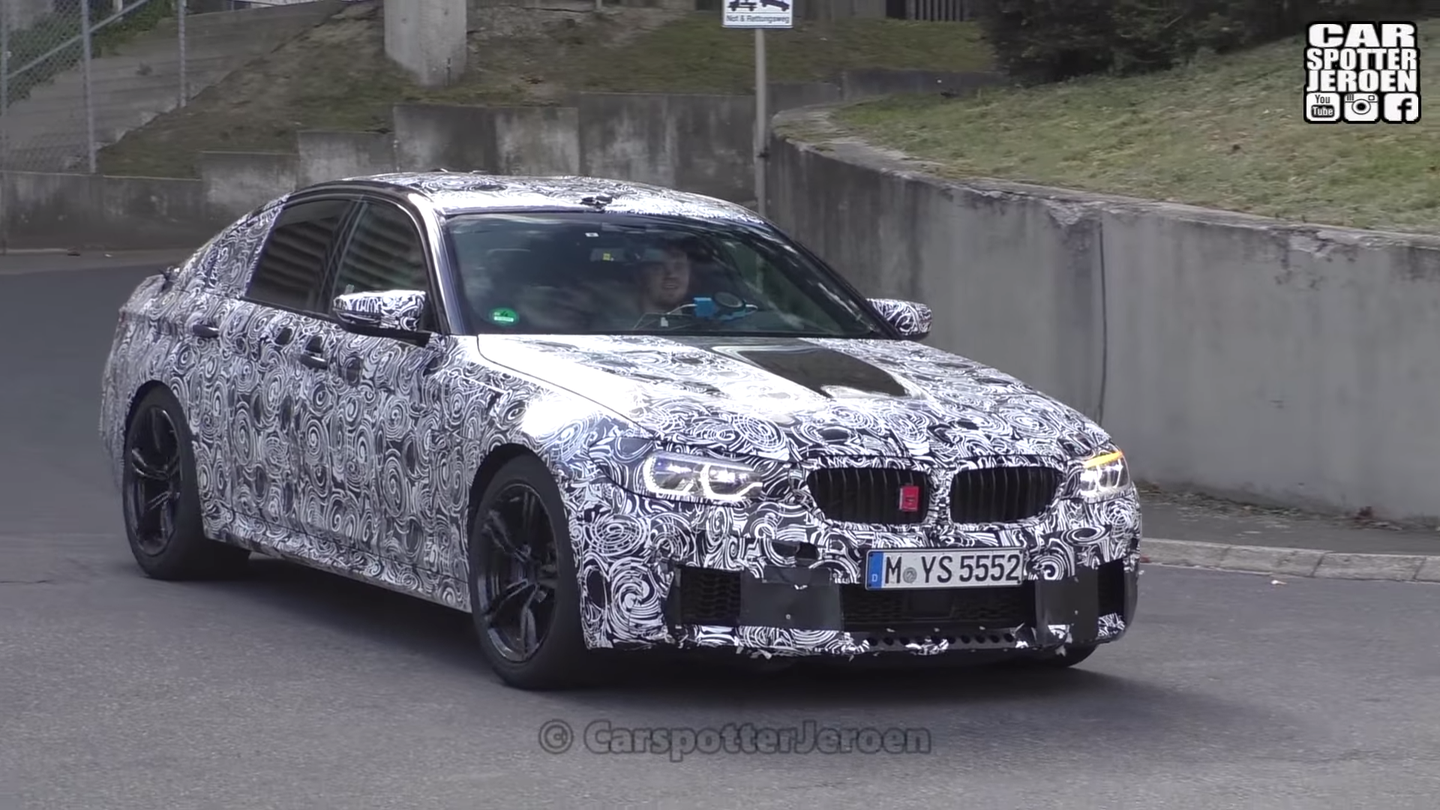 When it's not hanging its tail out on track and gracing the cover of racing games, most examples of the new, all-wheel-drive BMW M5 will likely spend most of its time pottering around town—and that's exactly what the latest spy footage of the upcoming super sedan captured it doing.

Carspotter Jeroen recorded a still-camouflaged, next-generation F90 M5 crawling its way around the streets near the Nurburgring (a hotspot for catching glimpses of prototype autos). The videographer gets pretty close to the car, possibly making this the best "in-the-wild" look at the new fast 5er we've seen yet. For a completely undisguised, albeit animated look at the 2018 M5's front end, step right here.

The new car will come with BMW's turbocharged 4.4-liter V8 producing 600-horsepower and 516 lb-ft of torque. For the first time in an M5, that power will be xDriven to all four wheels. Drift-fiends need not worry, however, as BMW has baked in a rear-wheel-drive mode that sends all of the power to the back for when the tarmac is dry and the occasion strikes. Here's an official video of BMW doing the dirty if you're still unconvinced.

The 2018 BMW M5 is expected to drop sometime later this year.