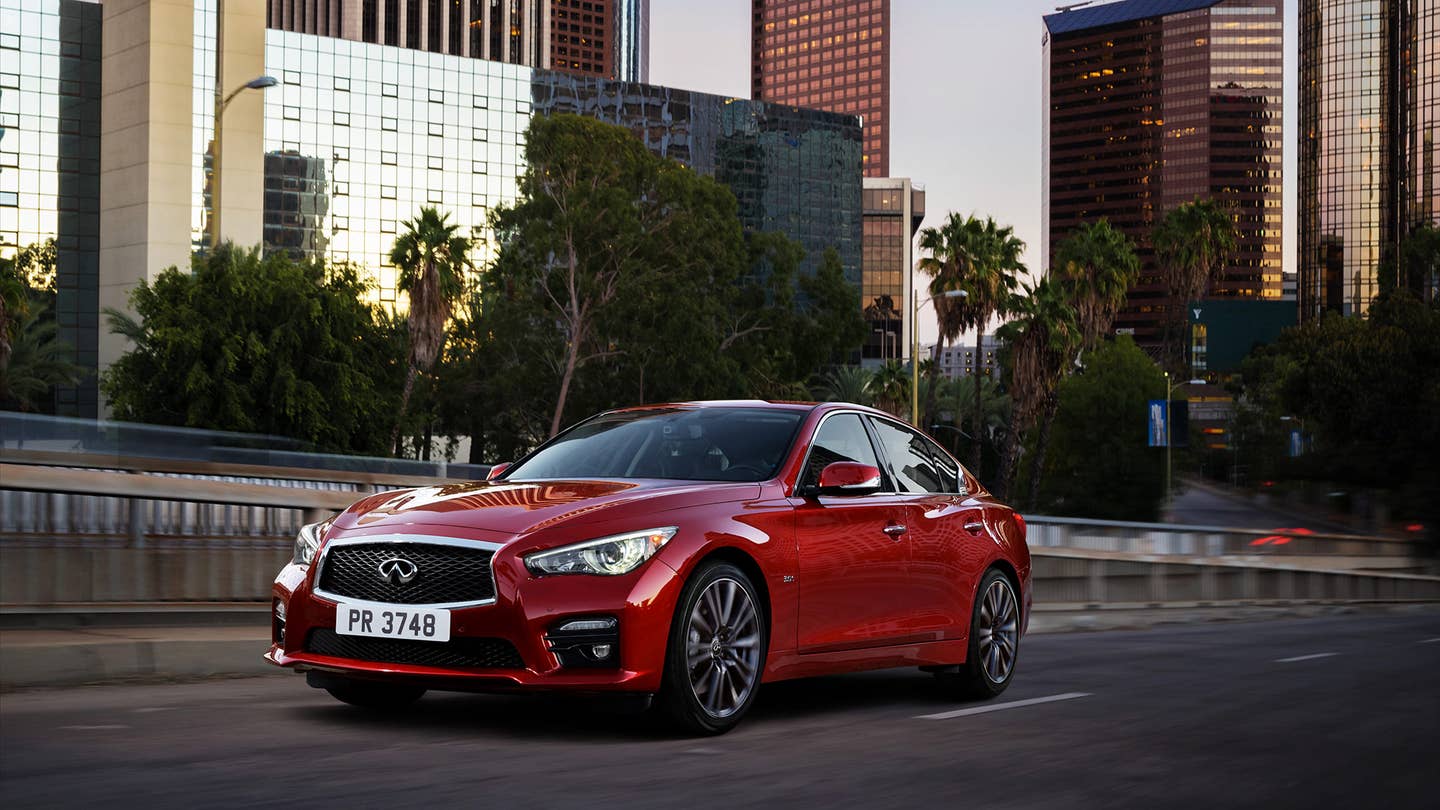 An extensively revamped 2016 Infiniti Q50 has been revealed at a private event before its official public unveiling at the 2016 Detroit Auto Show in January. The changes look pretty mild at first glance, but the surprise is under the hood: the long-serving VQ engine has finally been replaced, and the new powerplants aren’t anything to sneeze at.

The package we're most excited about is the range-topping 3.0-liter twin-turbo V6, which packs 400 horsepower and 350 lb-ft. of torque. While its not quite the GT-R-powered Q50 Eau Rouge we were initially promised, the new VR engine is is only 25 hp shy of the BMW M4.

“The Q50 has been the heart of our Infiniti lineup since it was introduced two years ago. So now it’s only appropriate that we get Q50 drivers’ hearts beating a little faster with these advanced VR-series engines,” Infiniti Americas Vice President Randy Parker said.

That 400-hp model, dubbed the Q50 Red Sport 400, comes with performance tweaks to differentiate itself from the rest of the range, including staggered 19-inch wheels and adaptive suspension. Customers will also have the option to choose the standard electric power steering or select the optional Direct Adaptive Steering system. The latter is Infiniti’s spooky steer-by-wire system, which actually uncouples the steering rack and uses an algorithm to calculate when, and how much, the driver is turning the wheel.

Beyond the Red Sport trim, the 2016 Q50 offers three other engine choices: a de-tuned V6 with 300 hp and 295 lb-ft.; a hybrid, which uses Infiniti’s old 3.5-liter V6; and an entry-level 2-liter turbocharged four-cylinder, which is sourced by Mercedes. That last engine, derived from the Mercedes-Benz CLA250, is rated at a modest 208 hp and 258 lb-ft. All Q50 models will only be offered with a seven-speed automatic transmission.