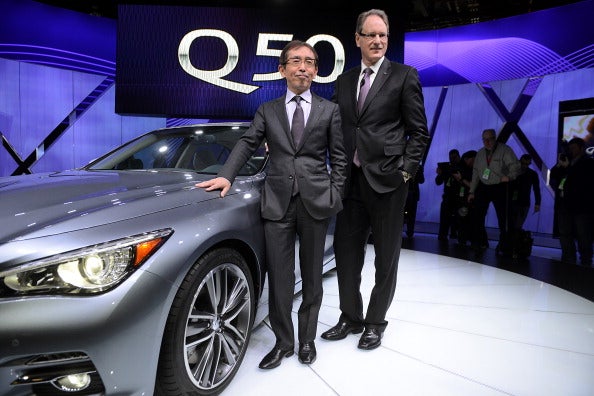 Infiniti's premium sports sedan has entered production in the company's Tochigi plant. The 2018 model marks the first Q50 to feature two distinct exterior looks—a performance-focused design for the Sport variants that helps them stand apart from other versions of the company's model.

Infiniti says it hopes to impress with their new executive sedan. Roland Krueger, chairman and global president of Infiniti says, "The capability and quality of the new Q50 is exceptional and meets the high standards of Infiniti. Our engineering and manufacturing team is ramping up production, and we are looking forward to shipping vehicles to customers around the world."

With the range-topping Infiniti Q50 Red Sport 400 model featuring the potent VR30 engine, the new model year's Q50's performance will likely be exciting. The 3.0-liter, twin-turbo V6 engine was named on the prestigious 2017 Ward's "10 Best Engines" list and packs up to 400 horsepower in top trim.

The ‘Q60 Speedbot’ could come in awfully handy for your next car-related pub debate.