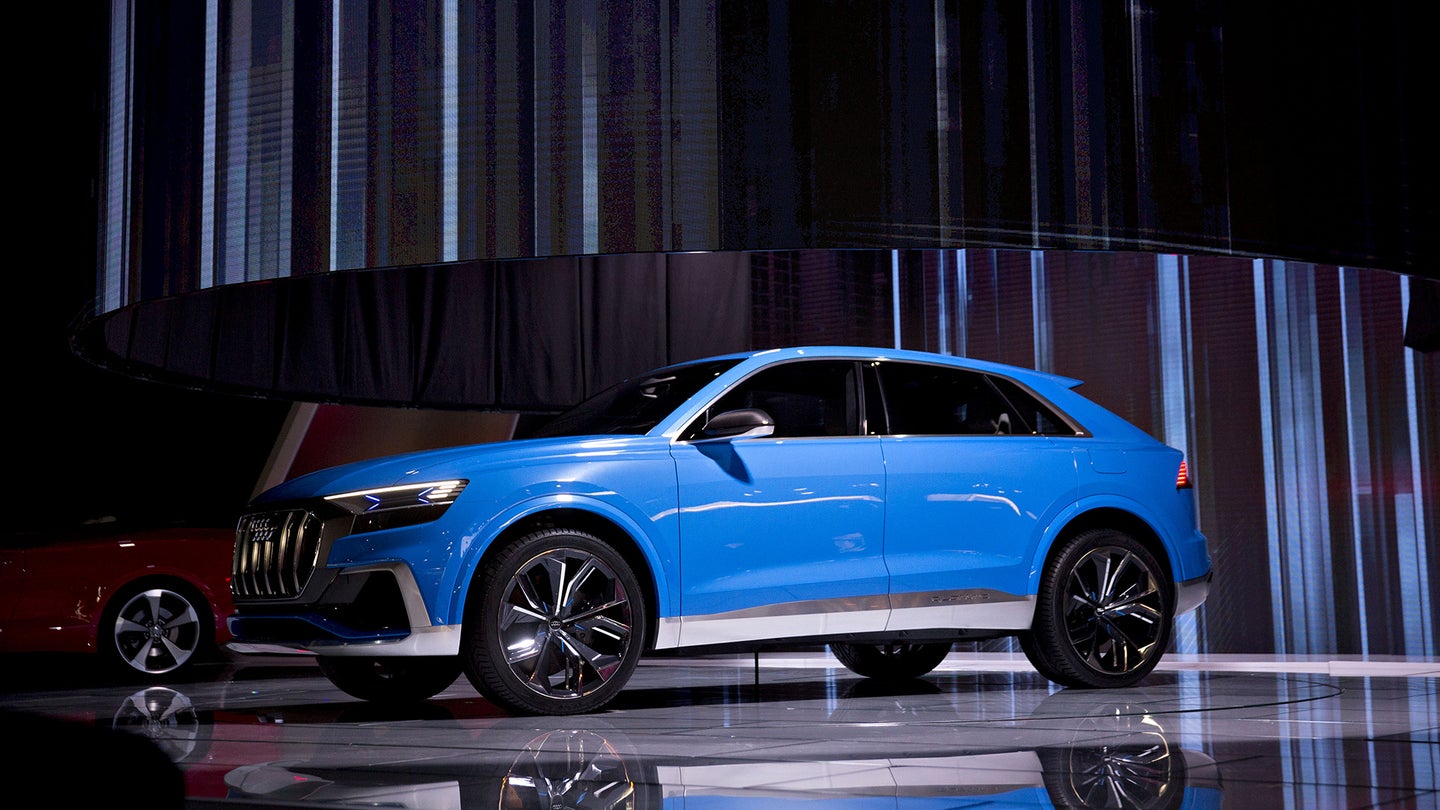 Audi first presented its Q8 concept earlier this year in January at the North American International Auto Show in Detroit. Audi execs have now given the flagship SUV the green light for production in Europe for the 2020 model year release.

The Q8 was to fill the ultra-luxury electric SUV gap which Audi seems to have found a hole, stating that the Q8 stands for “maximum prestige.” Audi wanted to make a full-size SUV with the styling of a crossover, and the tech of a Tesla—all wrapped in a sporty blue (or orange) clamshell around the driver that strives for sleekness (notice the lack of door handles).

The 2020 Q8 will be powered by a plug-in hybrid system, with an electric motor and 3.0-liter turbocharged Fuel Stratified Injection (a.k.a. direct-injected) engine working together to put 443 horsepower and 516 lb-ft of torque to the road with Audi’s renown Quattro system by way of an eight speed automatic transmission. Zero to 60 is reported to take no more than 5.4 seconds, and the SUV can be continually propelled until it reaches its top speed of 155 miles-per-hour.

It is not surprising to see Audi broadening their SUV offerings, since SUVs are still taking over North America. Audi’s sales numbers from 2016 indicate that nearly 42% of its sales were from three models—the Q3, Q5, and Q7. This outsold the nine other models in Audi’s North American lineup.

The Q8 is expected to be manufactured on the same modular matrix (named “MLB”) platform as the Audi A7, Bentley Bentayga, Porsche Cayenne, and Volkswagen Touareg, as they are all assembled in the same facility located in Bratislava, Slovakia. Volkswagen Group currently has 16 models manufactured on the MLB and newer, closely related, MLBevo platforms.