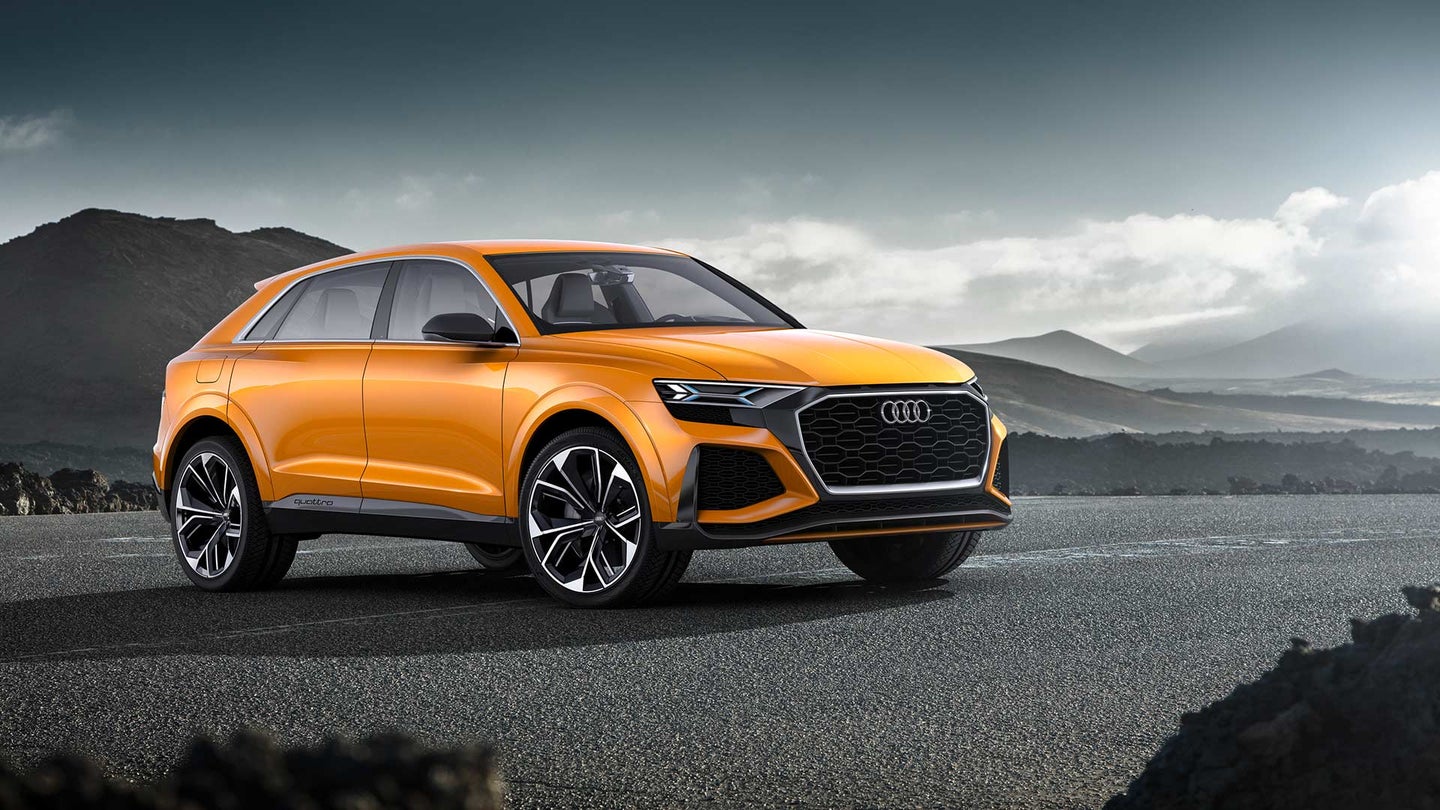 Audi just took the sheets off the Q8 Sport Concept at the 2017 Geneva Motor Show this week—and while this isn’t the first time Audi has shown the Q8 concept to the automotive community, it is the first time the Sport version has made an appearance. The Q8 Sport may not have any ties to the S or RS line, but the engine configuration for the Q8 Sport is nothing short of impressive.

According to Audi, the Q8 Sport's engine is an electronically supercharged hybrid 3.0-liter V6. This unique form of forced induction isn’t something you see too often in production cars, but Audi did use an electronic supercharger in the SQ7 TDI. The German automaker claims the supercharged hybrid powertrain is good for 476 horsepower and 516 pound-feet of torque, and reports indicate the Q8 Sport concept can sprint to 62 mph in 4.7 seconds. To put that into perspective, the performance oriented Jeep Grand Cherokee SRT is only 0.3 seconds faster at 4.4 seconds.

In order to maintain a sportier look over the regular Q8 concept, Audi swapped out the chrome trim for a black finish and replaced the chrome grill with a black honeycomb grill (a style often only found in the RS line). The Q8 Sport exhaust also uses large, oval exhaust tips, similar to the ones found on the RS 7. No word on when a production version of the Q8 will make an appearance, but we do know Audi is currently undergoing testing.