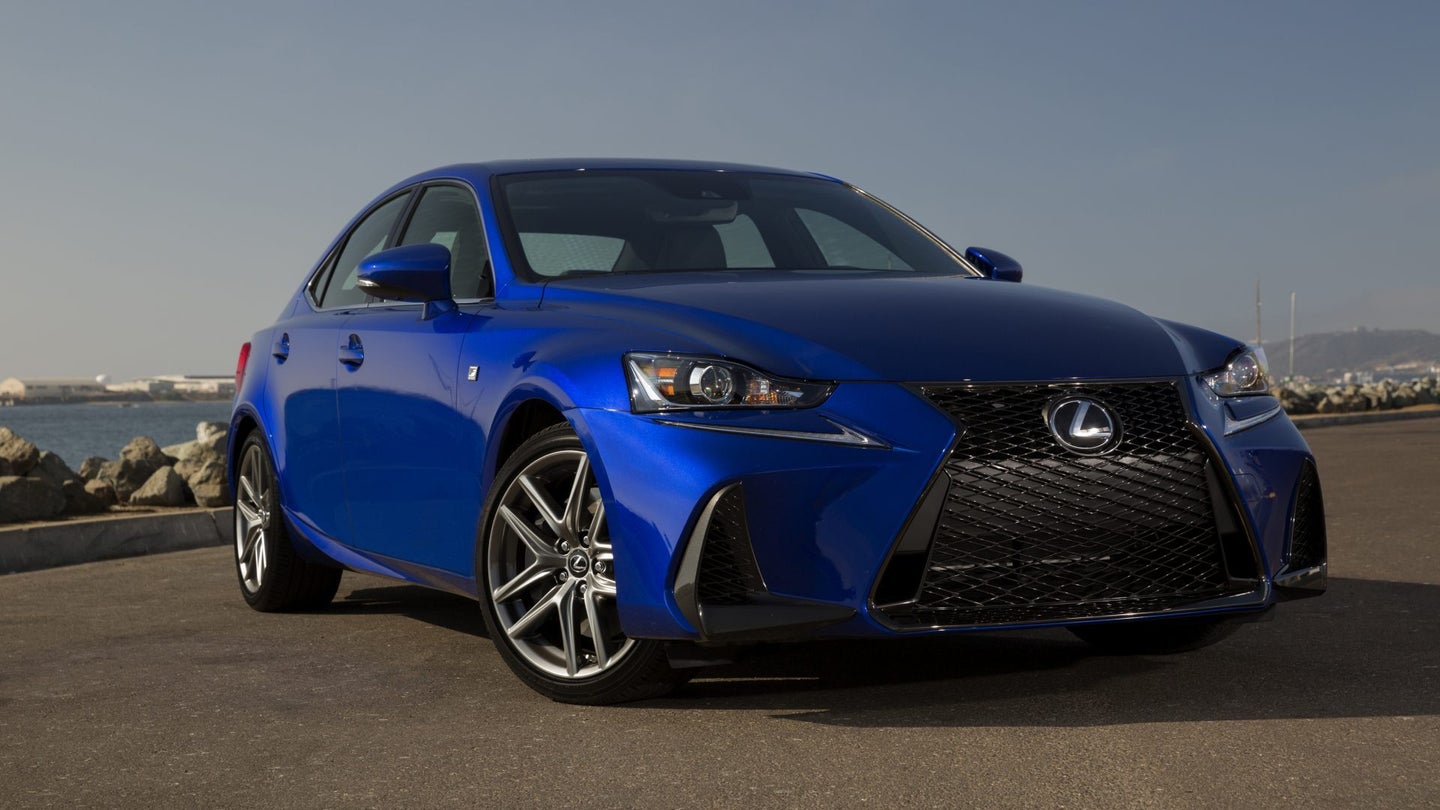 It sounds like BMW hardware will make its way to more Toyota products than we thought. If a new report from Japan's Best Car magazine can be believed, the next-generation Lexus IS sports sedan will get the same 335-horsepower, 3.0-liter, turbocharged straight-six found in the new Supra.

The Japanese car magazine goes on to say that the IS F will be making a comeback with the help of the in-house twin-turbo V6 found under the hood of the surprisingly popular LS 500. The last IS F was based on the second-generation IS, went out of production in 2013, and used the company's now-ubiquitous 5.0-liter V8. The nameplate went missing for the current-gen car.

Somewhat coincidentally, the old V8 IS F and the current twin-turbo LS 500 both produce exactly 416 hp.

Designed primarily to be a thorn in BMW's side, the IS is a fine car but was never as celebrated or popular as the 3er. Perhaps aping one of the Bavarian's engines can help turn that ship around.

Much lightness was awarded to this sporty luxury coupe.

Lexus IS Origami, the World’s Most Elaborate Refrigerator Box

This sedan maintains the most lightweight, eco-friendly body shell in its class…so long as it’s parked far from water and heat sources.