BMW Will Keep Making V12 Engines Until at Least 2023

Tightening emissions and efficiency laws mean V12s are starting to disappear from automakers' portfolios, but BMW is staying faithful. 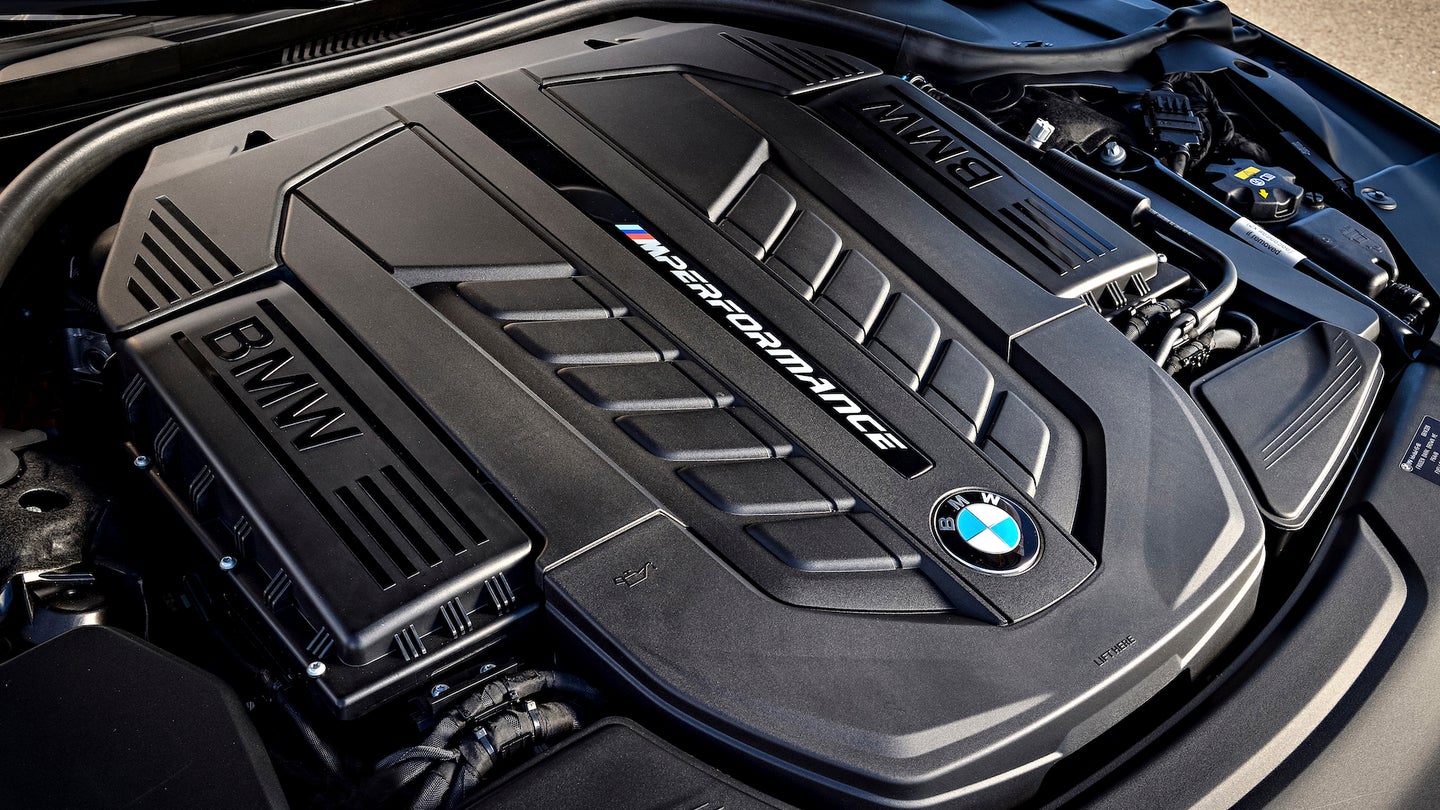 Despite pressure on automakers to drop thirsty V12s from their lineups, as Mercedes-Benz has done, a BMW official has confirmed that the Bavarian automaker will continue to offer the engine configuration in at least one of its products: the 7 Series flagship sedan.

"We will keep [the V12] for the rest of this [7 Series] generation at least, until 2023," promised BMW's Michael Bayer at the launch of the redesigned 7 Series, reports Top Gear.

The only trims of the 7 Series on which the 6.6-liter, twin-turbo V12 is available are the range-topping M760i xDrive and long-wheelbase M760Li. BMW's 8 Series coupe at present does not use this V12, with its 577 horsepower and 627 pound-feet of torque, making the engine, for now, a 7 Series exclusive. BMW reportedly disclosed that while American buyers tend to opt for the 4.4-liter, twin-turbo V8 available on lower-trim 7 Series models, the V12 has been tremendously popular with its flamboyantly wealthy clientele in the Middle East and China—so popular, in fact, that BMW can't keep up with demand.

"Since we revealed this car, we have been at maximum capacity building these [V-12] engines," added BMW's Christian Metzger, product specialist for the model.

BMW isn't the only automaker as of late to swear loyalty to V12s, though it's in the same partially committed boat as Aston Martin, which confirmed in March that it'll keep cranking out 12-cylinder cars for as long as it can sell them. Only notoriously conservative Ferrari has pledged that its V12s will remain un-hybridized and won't breathe with the assistance of turbochargers, though like everyone else, Ferrari will have to clean up its V12s' emissions or sell few enough to limbo under carbon targets.