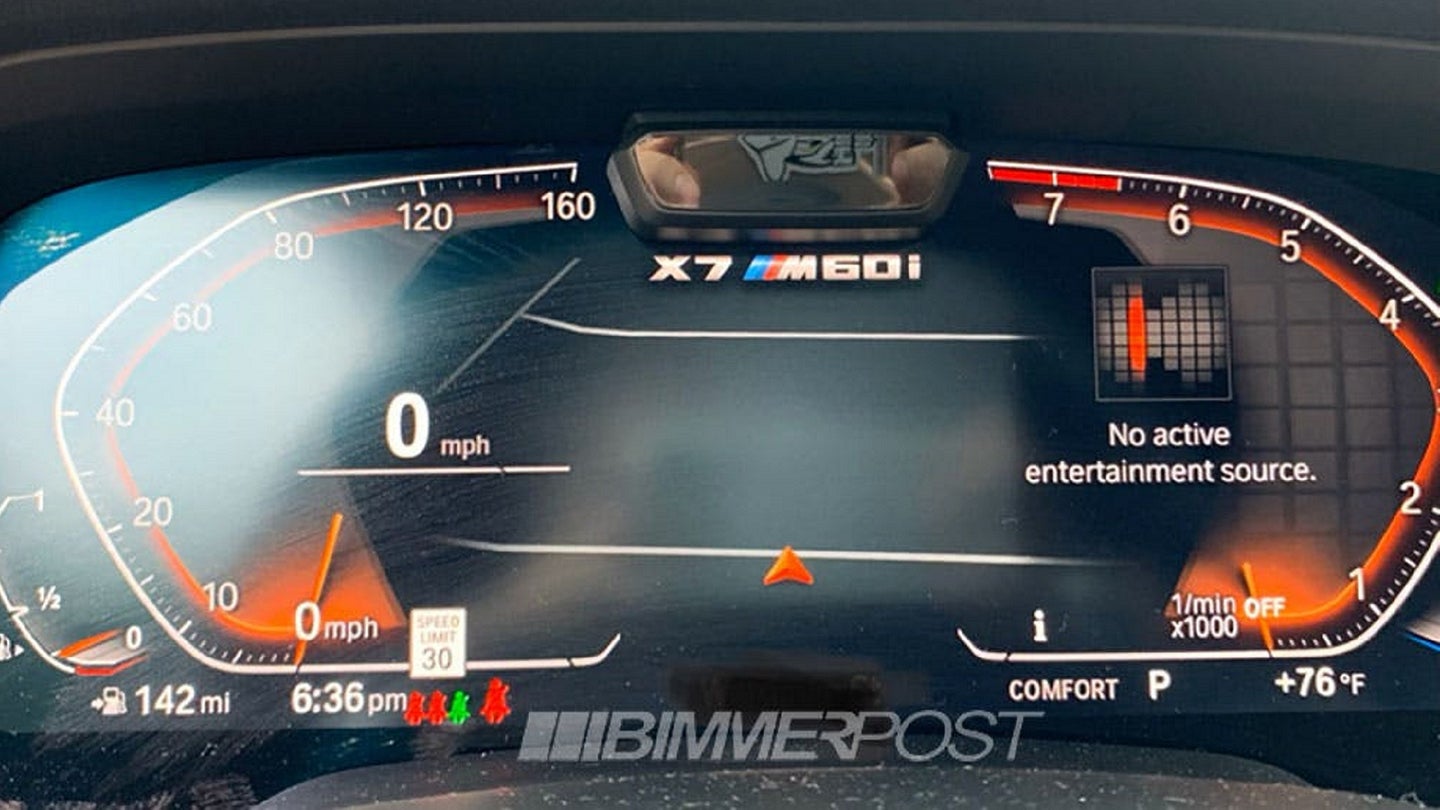 As it stands, the twin-turbo V8 M50i is the most opulent and powerful version of the big-dog BMW X7 SUV. And judging by a leaked image, an even more powerful version may be coming in the not-so-distant future, possibly packing a hefty V12 engine.

Discovered by a Bimmerpost forum member snooping around an X7 xDrive40i's system files, BMW appears to have drawn up and included logos for an "X7 M60i," a variant that doesn't actually exist yet. The BMW forum member was even able to have the logo display on the car's digital instrument cluster. When The Drive reached out to the company for comment, a BMW spokesperson declined to "comment on anything that has not been announced."

The 60i suffixed 7 Series, the M760i xDrive, is powered by a 6.6-liter twin-turbo V12, and the Bavarian automaker has previously expressed its commitment to continue to offer 12 cylinders until 2023. Keeping these two facts in mind, it's not hard to imagine an X7 M60i motivated by a big V12 behind its oversized kidney grilles.

The X7 M50i's V8 currently makes 523 horsepower and gets from zero to 60 in 4.5 seconds. Equipped with the V12, which in the aforementioned 7er produces 601 ponies, don't be surprised if an X7 M60i makes the same sprint in the low four-second range. With the X7 M50i already starting at $99,600, expect a 12-cylindered M60i version to be priced deep into the six figures.

In other V12 SUV news, Ferrari's CTO recently opened up about Maranello's crossover plans and isn't ruling out a naturally-aspirated V12 as a potential powerplant.

Built to haul your favorite BMW motorcycle, this oddball pickup is the brainchild of the company’s silliest minds.

Trolls may attack this Bavarian bus, but they’re wasting their breath. Without a three-row SUV, BMW risked losing loyal customers to rivals.