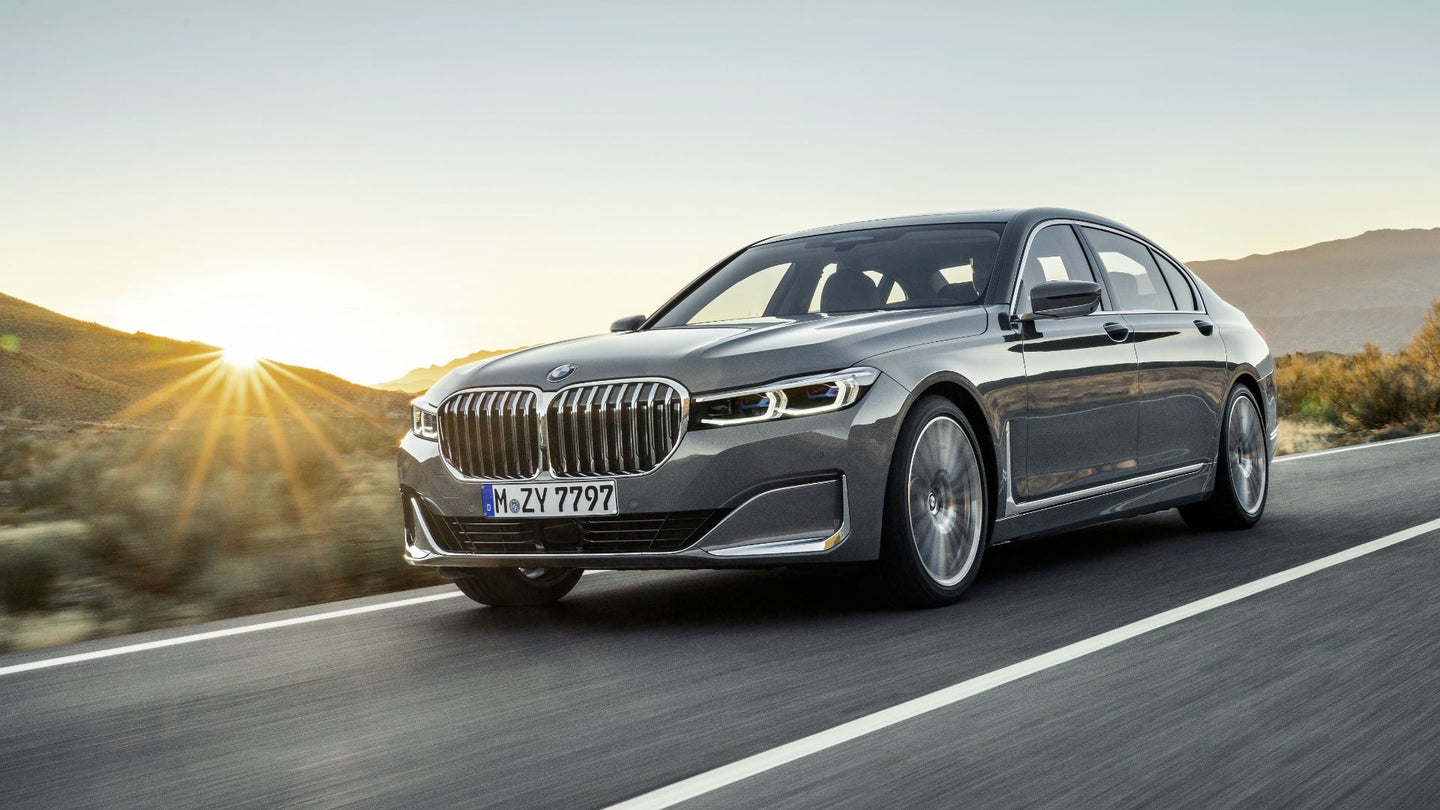 There's only one powertrain smoother than a big V12, and that's an electric motor. That's exactly what BMW's range-topping 7 Series sedan will allegedly get in its upcoming iteration, according to BMW board chairman Oliver Zipse.

Zipse revealed BMW's plans to sell a purely electric 7 Series in its Annual Accounts Press Conference 2020, details of which were transcribed by Motor1. In it, Zipse stated that the new 7 Series will ride on a platform that supports four different types of powertrains, including gasoline, diesel, plug-in hybrid (like the current 745Le), and electric, which the executive stated would also be the most powerful version. An electric M variant could hypothetically be in the cards, but BMW has hesitated to produce an M7 in the past, so don't hold your breath.

BMW promised last April that it will continue making V12 engines—which it uses exclusively in the current 7 Series—until at least 2023, suggesting no plans to replace the current-gen lux-sedan until then or later. By that point, BMW's divisive beaver-tooth grille is expected to appear on most if not all of its lineup, so even if the electric 7 Series has the nicest interior for an EV in its class, you'll have to stomach its exterior. Some speculate that the electric 7 Series could wear the i7 moniker trademarked by BMW, though the Bavarian automaker has perhaps pushed pause on its i sub-brand. Currently, it's said to be re-evaluating plans to sell the iX3 electric crossover in the United States.

BMW's chief rival in the six-figure executive electric sedan market is expected to be Mercedes-Benz, whose Vision EQS concept could turn into a roughly S-Class-equivalent luxury EV. While some versions of the Tesla Model S can also be optioned to north of $100,000, its interior and aging styling will struggle to tempt cross-shoppers.