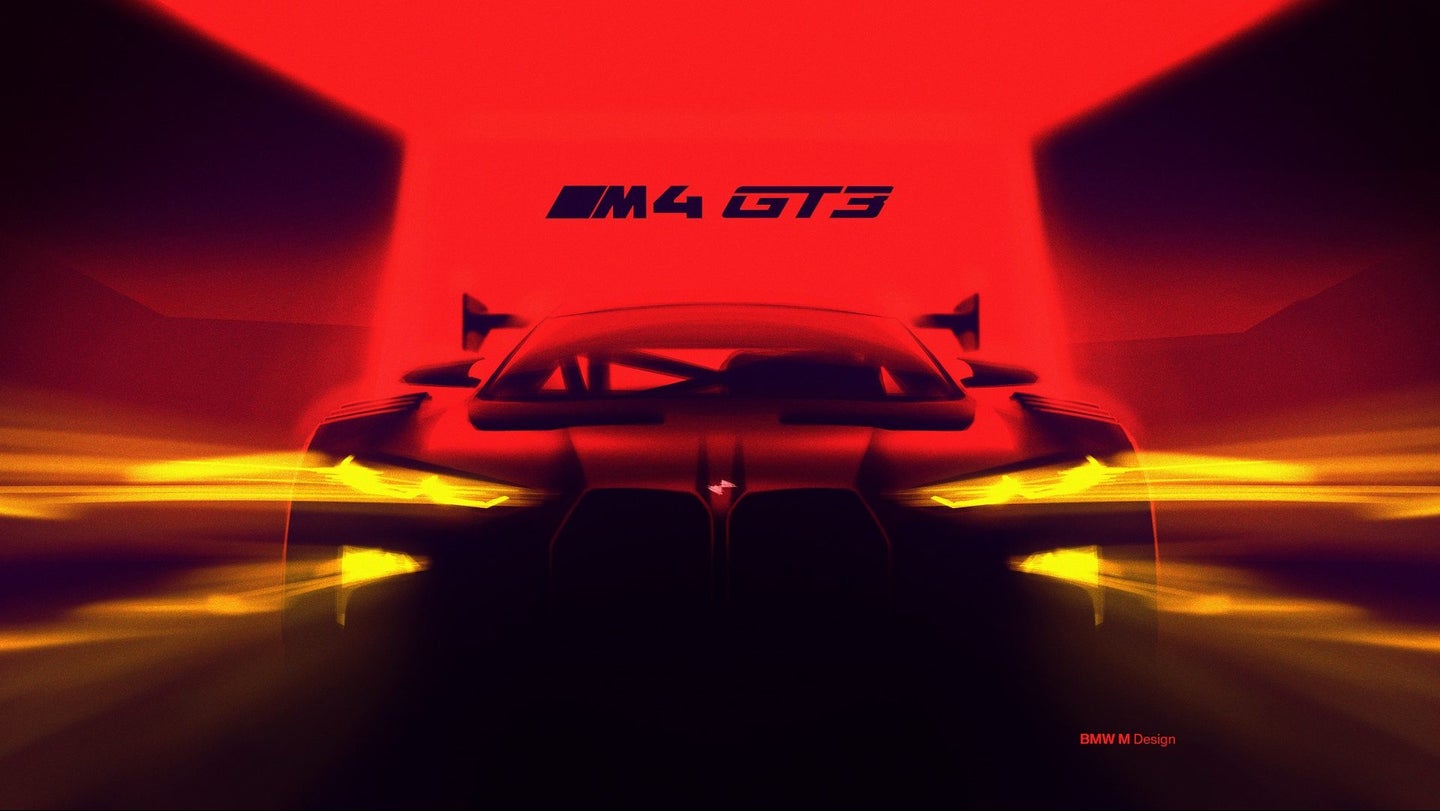 BMW has released a teaser for its future M4 GT3 race car pretty much confirming that that controversially large kidney grille seen in the Concept 4 and that leak from October will indeed be coming to production. The company also took the opportunity to officially confirm that both the road-going and competition-ready M4 will be powered by its S58 twin-turbo, 3.0-liter straight-six engine producing "more than 500 horsepower."

For reference, the current M4 Competition makes 444 hp from its S55 mill while the non-Comp version makes do with just 425.

A previous report quoting BMW M boss Markus Flasch said that the next-generation M3 and M4 are, from a development standpoint, ready to go but BMW won't be releasing them until 2021. The new M4-based race car, meanwhile, will be available to privateers for the 2022 season and will be the new top-dog in BMW's customer racing stable, replacing the M6 GT3.

"It is only logical that future top models in customer racing will be based on the next generation of the BMW M4," said Flasch. "We will already be setting new standards in terms of sporting performance in production, which is why it makes sense to present the new GT3 sports car on this platform as well."

BMW purists will likely find the next M4's gigantic grille a little hard to stomach but if it's any consolation, multiple previous rumors have alleged that BMW's upcoming performance 3 and 4 Series cars will continue to offer a manual transmission option.