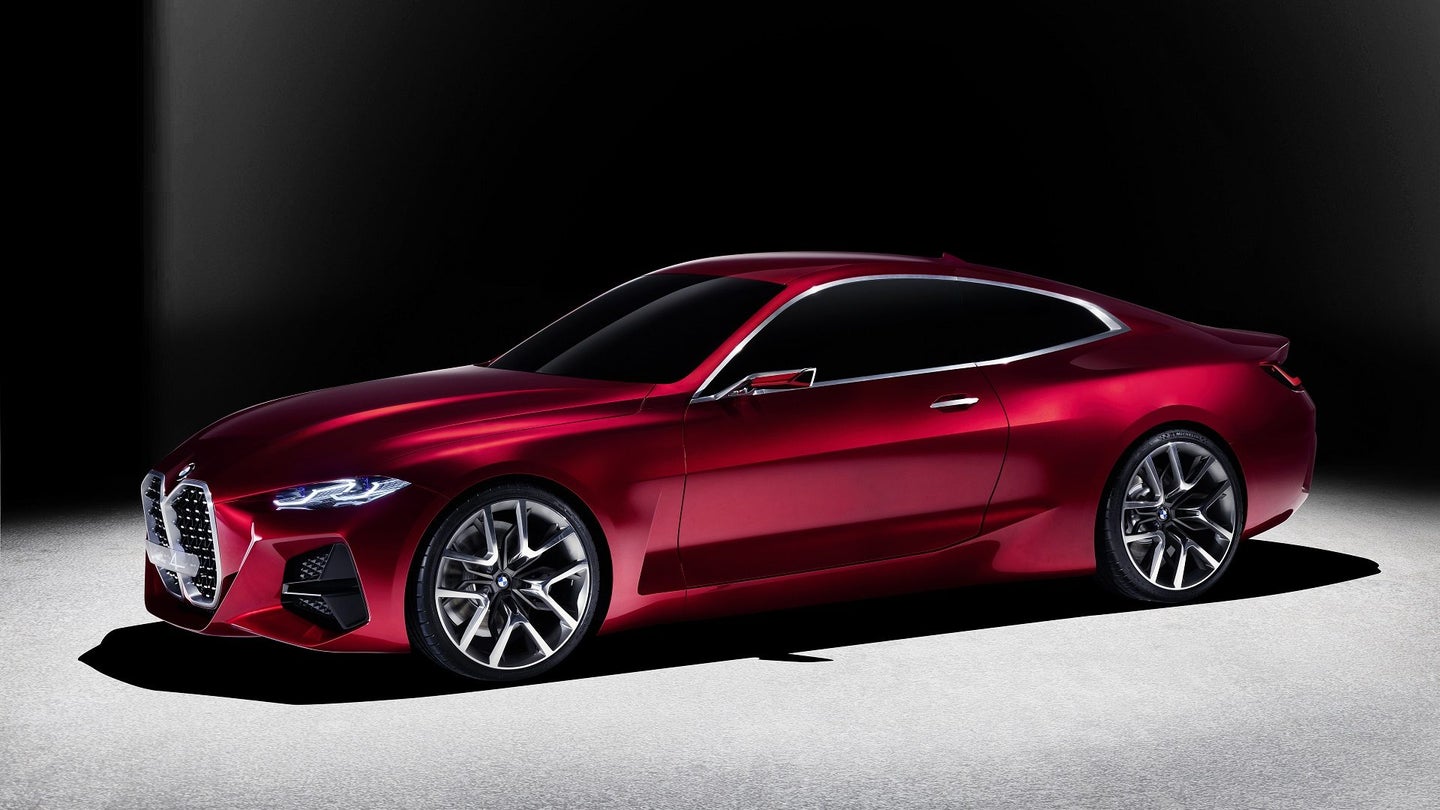 At the Frankfurt Motor Show, BMW has unveiled a preview of the next 4 Series. Aptly called the Concept 4, and unlike previous cars in its bloodline, this BMW coupe will look quite different from the 3er on which it's presumably based. Different, however, isn't always better.

While the G20-generation 3 Series remains a conservatively-styled sedan, its two-door counterpart will apparently be much less shy about its luxury-item status. As is immediately apparent—we're sorry for your corneas—the Concept 4 rocks an absolutely massive set of vertical kidney grilles that make the already cartoonishly large snouts on the 7 Series and X7 look almost tame in comparison and has undoubtedly been designed to appeal to buyers with, let's say, less subtle tastes.

We're sorry BMW, but we don't think there's any other way around this: the nose is ghastly. On the brighter side, some on the ground at Frankfurt are reporting that the Concept 4 is yet another one of those designs that works better in the flesh than in pictures. A sentiment likely shared by BMW's press photographer given that none of BMW's official photos show the car with its grille directly toward the camera, properly lit.

On top of being big-as-hell, the grille itself is fashioned in a highly intricate chicken-wire design that actually contains a grid of tiny "4's".

The rest of the car, meanwhile, remains almost jarringly ordinary and quite attractive. From the front fenders onward, the car looks more than a little reminiscent of the Infiniti Q60 with details lifted off of BMW's own 8 Series, neither of which are what you'd call bad-looking cars.

Expect the 4 Series this will inevitably inspire to get followed up with Convertible and four-door Gran Coupe versions as well as a high-performance M4 that'll reportedly keep its manual transmission option.